"Whether or not a viewer responds to Music comes down to narrative choices that are all Sia."

Let’s start by addressing the elephant in the room. Making movies about a character with intellectual disabilities is a tricky proposition. If the actor playing the character has those disabilities, you are usually in the clear – it doesn’t mean the movie will be good, but at least it should be largely inoffensive. The possibility for offence arises when you cast a mainstream actor to play that role, in which case, they better give a pretty damn compassionate performance that resists their showier instincts. Movies featuring such a character are usually well-meaning, but if they’re not handled carefully, they can suffer from cringe-worthy execution. That said, the world is full of people with intellectual disabilities; not to tell their story does them a disservice. 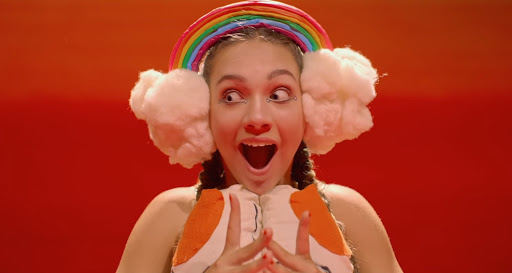 The new movie Music does not actually recalibrate any of those expectations, but it may cause us to rethink some of their core assumptions. Maddie Ziegler plays the title character, a girl in her late teens who is severely autistic. Ziegler herself is not autistic; rather, she’s a veteran of a number of videos by Sia, the Australian pop singer who functions here as writer, director, producer, songwriter, originator of the set concepts, and even cameo actor. Ziegler is giving a pretty modulated performance by the standards of these movies, reducing the questionable taste of casting a regularly abled actor to play a mentally disabled character, and in the end, making the character quite sweet.

So whether or not a viewer responds to Music comes down to narrative choices that are all Sia. Her aforementioned videos are known for costumed characters engaged in all manner of interpretive dance, as Sia’s sensibilities are sort of like Bjork’s, though maybe with a more Teletubby aesthetic. In Music, these environments are meant to simulate the inner world of the title character’s perception, and they don’t compromise Sia’s vision – for better or worse.

Music has just lost her grandmother (Mary Kay Place). The woman had been caring for her and enabling the very strict routines that help Music live her life, like eggs with a ketchup smiley face each morning, and braided hair before Music’s morning walk. But one day she suffers a fatal stroke, and Music’s guardianship now becomes an open question. There’s an obvious answer in her half-sister Zu (Kate Hudson), but Zu’s own trouble looking after herself makes her a dubious choice to look after a person with autism. Zu is a recovering alcoholic and drug addict, as well as a drug dealer, who is currently on probation following an incident where she broke into the apartment and stole the TV of her grandmother’s kindly building manager (Hector Elizondo).

It’s unclear to what extent Music is aware of all this. As a sort of calming effect to keep the overwhelming outside world at bay, she wears headphones that emit a constant flow of music in her ears. The music becomes a soundtrack for her inner world, which features colourful dance numbers starring people from her neighbourhood, including a friendly Ghanaian neighbour (Leslie Odom Jr.) who understands Music’s needs as a result of having a brother with a similar condition. 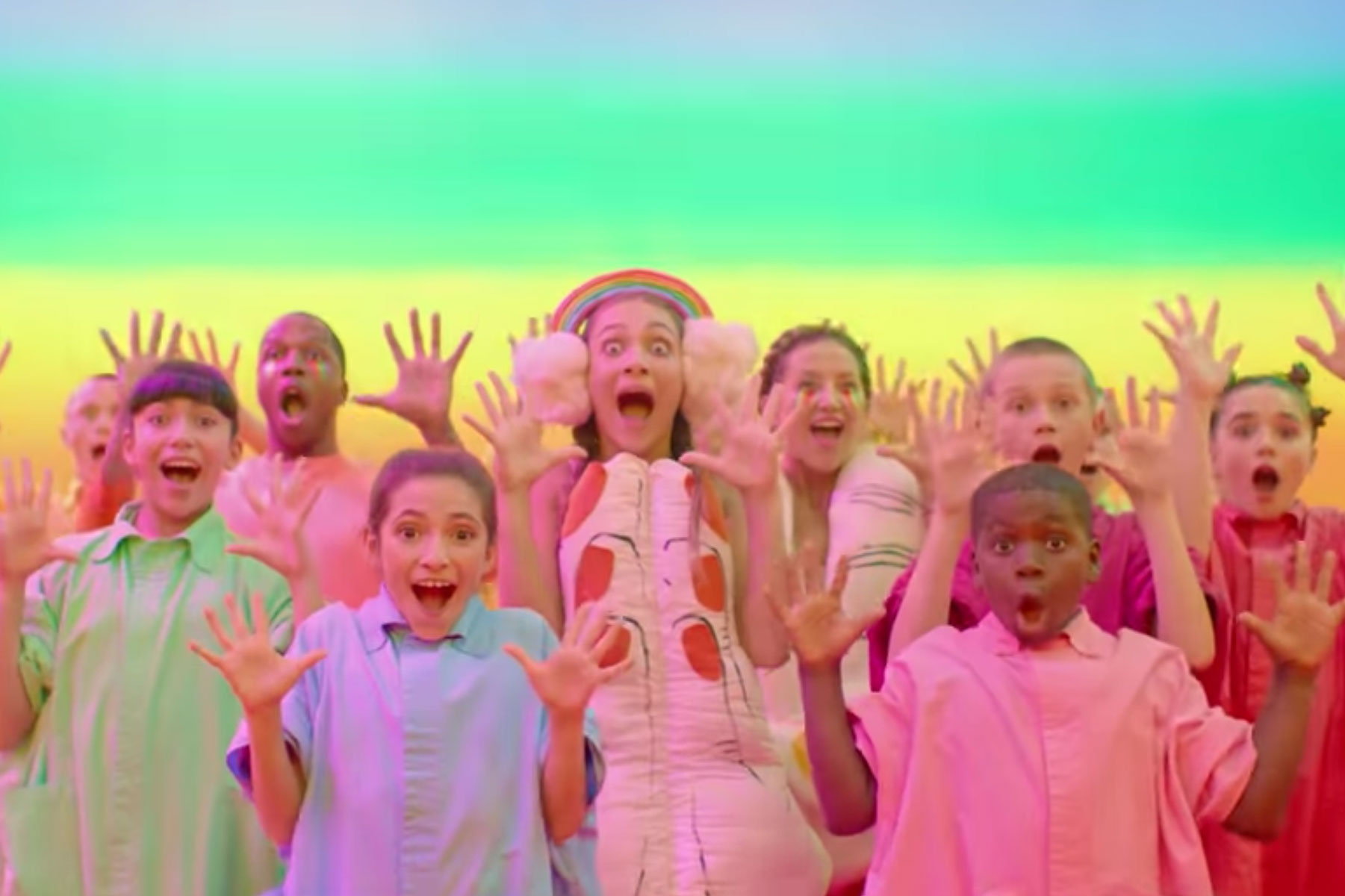 The dividing line in Music is not between viewers who can cope or not cope with depictions of mental disability, but those who can cope or not cope with big musical numbers starring people in funny outfits. What comes across as perfectly sincere from Sia may read as hopelessly absurd depending on a viewer’s preconceived notions of such a project. These numbers are jubilant colour explosions with dozens of dancers, boasting complex choreography as well as cinematography. But they just may not work for people who can’t get on Sia’s wavelength, and those people may get turned off from the film’s opening minutes and never turned back on.

However, they do at least have real-world settings to turn to that are done quite well. It’s great to see Kate Hudson resurface after a four-year absence from feature films. With her head shaved like Ripley in Alien 3, she makes for a striking presence to go along with her striking character. Basketcases trying to make good are not a new cinematic construct, but Hudson brings a particular perspective to this one that makes her performance feel fresh. Leslie Odom Jr. is a good yin to her yang, an upstanding guy who has his own demons to struggle with – illness and heartbreak among them. 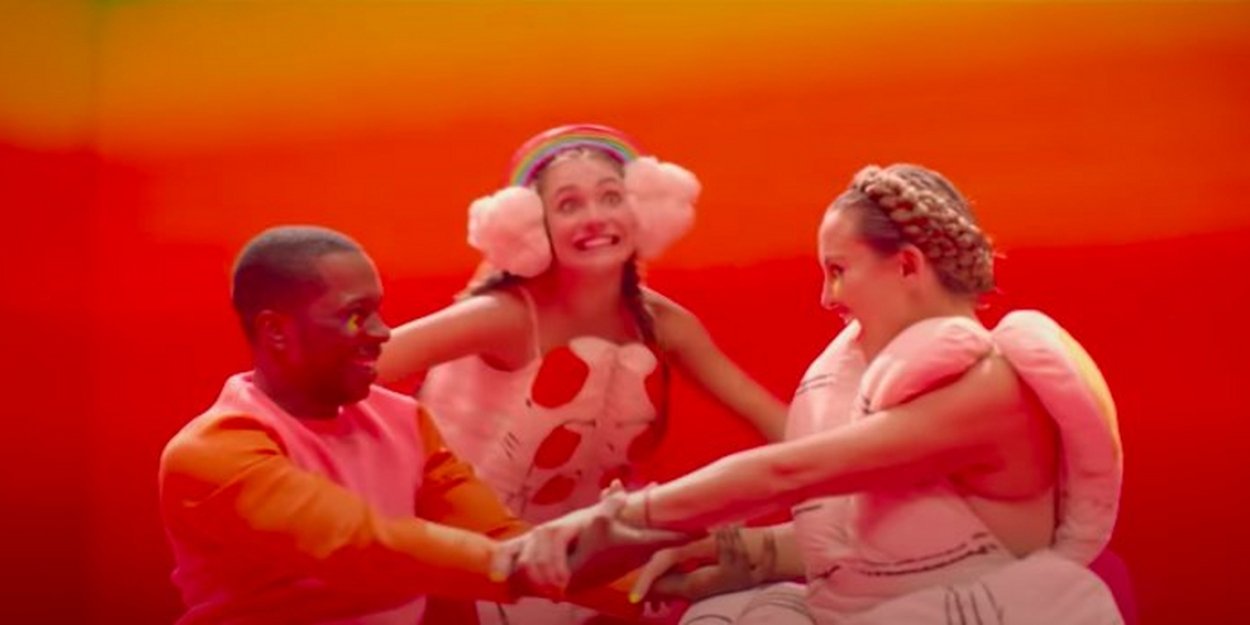 When the film concentrates on its three main characters, it finds them in a three-dimensional world that effectively cuts against the terminal optimism of the dance numbers. Sia’s story does sometimes get sidetracked – a B plot involving one of the boxers Odom is training seems misplaced – but it always finds its way back to the core story of Zu trying to grow into a responsible adult. The fact that it is really Zu’s story, not Music’s, may decrease some of our tendency to scrutinise Ziegler’s performance because she’s not really the main character.

As for Sia herself, she gets in her own way sometimes and stays out of it others. A consummately indulgent personality type, she can’t help but appear in a cameo as herself – when Zu is making a delivery, she asks “Is that a Sia wig?”, and then speaks to the singer for a minute or so. It takes you out of that moment, even if it’s only meant as a wink to the audience. That said, Sia also makes the comparatively humble and collaborative decision to dole out most of the songs she’s written to other singers. If Sia’s voice accompanied every dance number then she would probably seem inescapable, to the film’s detriment. 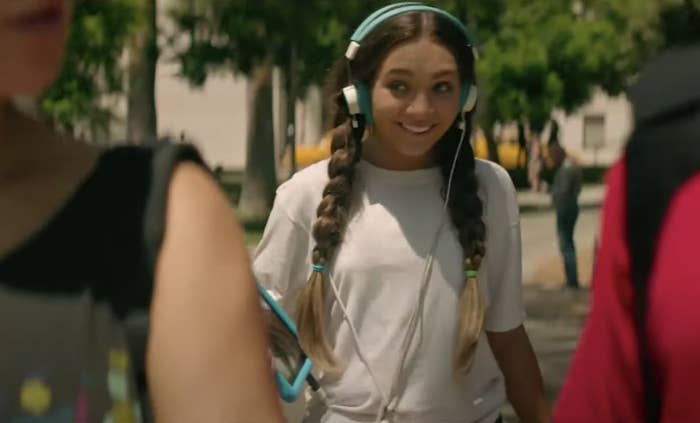 Music is so completely what it is that there is an instinct to resist it. If you scrape away the baggage you may have about Sia or this kind of movie, though, it’s really a good first feature effort by the Australian star. It’s got an optimism and an inclination toward the heartwarming, sure, and those things can be cloying in lesser hands. Sia’s hands are not lesser, as it turns out. Whether she has a future as a filmmaker may depend on whether she’s capable of expanding outward from here, or if her next film is essentially Music redux.

Music is currently playing in cinemas.