"...one wonders if von Donnersmarck wouldn’t have been better served giving more balance to the two distinctly different focuses of his film."

"The kneejerk reaction to a 189-minute film whose impact peters steadily peters out is that it should never have been that long."

Florian Henckel von Donnersmarck (you said a mouthful!) may be the case study of why promising international directors shouldn’t go Hollywood. The German director debuted brilliantly with 2006’s The Lives of Others, the only film you could imagine beating Pan’s Labyrinth for best foreign language film that year at the Oscars and people actually being okay with it. That success brought him his next project, the heavily derided Johnny Depp-Angelina Jolie vehicle The Tourist, in 2010. The critical and box office failure of that movie may not have been the only reason for this, but the poor guy has not been able to make his next film for nearly a decade.

He’s smartly returned to Germany for that next film, Never Look Away, which was again nominated for best foreign language film at last year’s Oscars, and added a surprise second nomination: best cinematography. It’s rare indeed for a foreign language film to encroach on any other category at the Oscars, save for the occasional acting nod, and making the feat more rare is that Academy voters had to sit through 189 minutes of movie in order to nominate it. The film explores similar material to his debut, grappling with the German soul during the decades following World War II, when Communists controlled East Germany. For at least the first third of that daunting running time, this makes for a scintillating epic, starting off before and during that great war and dramatising its awful consequences. 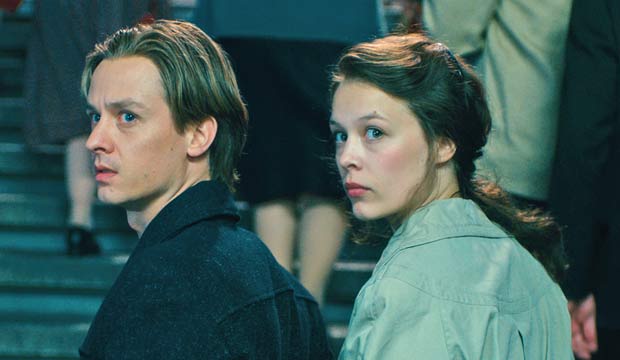 The problem with Never Look Away, though, is that it has two more thirds. This portion of the film deals with the protagonist figuring out his artistic voice. While that’s also a useful aesthetic goal for a film, it seriously lacks the dramatic stakes of the first third, and one wonders if von Donnersmarck wouldn’t have been better served giving more balance to the two distinctly different focuses of his film. Or, you know, shaving off an hour entirely.

The artist in question is Kurt Barnert (Tom Schilling), a fictitious character based closely on real German painter Gerhard Richter. We first see him as a young boy attending an exhibit on “degenerate art” staged by the National Socialist Party (Nazis) with his older sister, Elisabeth (Saskia Rosendahl). Keep your enemies closer, I guess? Of course both the young boy and his sister are fans of the art they are supposed to abhor for its elitism and failure to benefit the working class, positions that put them at odds with prevailing notions in that country. Elisabeth is identified as a schizophrenic, one of many conditions Nazi doctors determined must be eradicated through euthanasia in order to purify the gene pool for future generations of Germans. Kurt also has two brothers in the war, and parents who participate in Nazism only reluctantly. It’s not likely to end well for any of them. The film also gives us the parallel story of the doctor who gave Elisabeth her death sentence, Carl Seeband (Sebastian Koch, who starred in The Lives of Others), as he navigates the shifting powers during Russian control of the country.

The opening section of the film is simply enthralling, and seems to have engendered most of the votes for best cinematography. Caleb Deschanel is the man who photographed these terrific scenes, one of which is a jaw-dropping vision of bombers levelling the city of Dresden, where the family lives. Historical epics rarely feel as sweeping as this, as von Donnersmack expertly establishes the conflicts and uses techniques like montage to show how they relate to one another. We’re in the hands of a truly superlative storyteller, and for a time, Never Look Away has the potential to surpass The Lives of Others as a cinematic achievement.

If the movie remained about any man who lived through these circumstances, it might remain enthralling. It’s at the point that it becomes about this specific man that it starts to feel smaller and less important. Richter spent time as a sign painter for Communist propaganda, as well as a muralist, and so too does Kurt. It’s interesting to see how he’s forced to check his wilder, more impressionistic instincts in keeping with the movement known as “socialist realism,” how he, like those in the generation before him, had to make shrewd compromises to avoid being singled out and punished by the government. But the amount that it’s interesting pales in comparison to the amount that the opening section is interesting, and there may simply be nothing von Donnersmarck could have done about it. That said, certain key moments that could have been gussied up to create more conflict – like Kurt’s emigration to West Germany with his wife (Paula Beer) – are dropped out there with little fanfare, and fall flat. 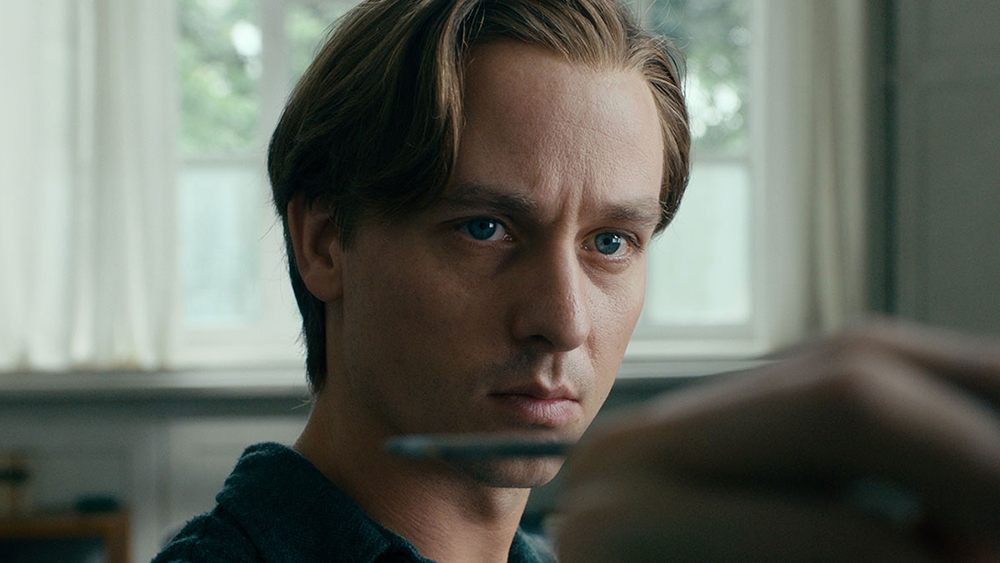 One of the reasons this material fails to connect as strongly as it should, though, is the performance of Schiller in the central role. It’s unclear whether his limitations as an actor are responsible for this, or if it’s in the direction of von Donnersmarck, but Schiller plays most of his scenes with this infuriating kind of Mona Lisa smile. It keeps him at a distance and leaves you at a loss to what he’s thinking on most occasions. His primary affect that he goes back to on several occasions is this little blinking/refocusing he does with his eyes, which substitutes for a genuine reaction more often than it should. It seems to be part of a belaboured concept that goes with the title of the film, which has to do with a willingness to look at whatever life presents, as “anything that’s true is beautiful,” according to Elisabeth. Von Donnersmack will focus and unfocus the camera to approximate something Kurt is doing with his eyes, which will ultimately inform some of the artistic choices he later makes. It’s not a bad idea but it doesn’t land.

The kneejerk reaction to a 189-minute film whose impact peters steadily out is that it should never have been that long. That’s kind of a boring take, though. Three hours of this material could have flown by if von Donnersmarck had just figured out a way to sustain the interest and the dramatic stakes over the full running time. Instead, the film dwindles to a truly anticlimactic ending, making it a case of missed potential rather than the masterpiece it was on track to be.