"Quirke’s film is so unlike the average Blumhouse movie in scope and design that it feels like she had twice, maybe four times, the budget she probably had."

"The images cut upon one another like new instruments being added in a symphony."

When a producer has a distinctive voice or vision – say, Kevin Feige of Marvel – he or she will often supplant the director as the “auteur,” or driving force, behind a particular film. Jason Blum may have more of a distinctive business plan than a distinctive voice, but we do tend to think of him as the “auteur” behind the cheapie horror films he produces. The directors, meanwhile, tend to be hacks. This is not to say they are without talent, just that they are hired to do a particular job and they do it, also on the cheap and usually without any real sense of flair.

Then along comes someone like Zu Quirke. Quirke is the writer-director of Nocturne, the fourth and final (for now) release in Blum’s Welcome to the Blumhouse series with Amazon Prime. From the very first moments of this film, about fraternal twin sisters competing for glory at a music academy, we can tell we are in the hands of a true visual stylist, an artist with a real sense of what creeps us out on a core, visceral level. Quirke’s film is so unlike the average Blumhouse movie in scope and design that it feels like she had twice, maybe four times, the budget she probably had.

The story involves Juliet (Sydney Sweeney) and Vivian (Madison Iseman), piano prodigies who have been raised from birth with music. To the untrained ear, they are about as good as each other, but the prestigious Lindberg Music Academy in Southern California doesn’t have a single untrained ear on campus. It is therefore Vivian who has skyrocketed, while Juliet has foundered and is now considering a gap year when it becomes clear she has failed to get into the prestigious Juilliard School in New York.

The academy suffers a tragedy at the start of the film, when its most promising student, and the winner of its top award, plummets from a balcony to her death after a practice session on her violin. Strange symbols are found scrawled into her wall, and a few weeks after the tragedy, Juliet comes across the student’s practice book, which is also filled with these strange scrawlings and other macabre drawings. As she begins using the practice book, Juliet becomes sort of possessed by the book, visited by an unexplained light in the sky. She can also play much better, and soon she begins outshining her sister.

Dueling music prodigies have been fertile ground for horror in recent years, as the gonzo 2019 film The Perfection dealt with two renowned violinists (also women) and how they compete with each other and are abused by their teachers. Nocturne is not quite as far out on that limb as The Perfection, but it’s got a number of delightfully bizarre and chilling moments. Yes there are the usual horror tropes of mysterious drawings and strange incantations, but it’s what Quirke does with them that leaves this film quivering with potency and energy. 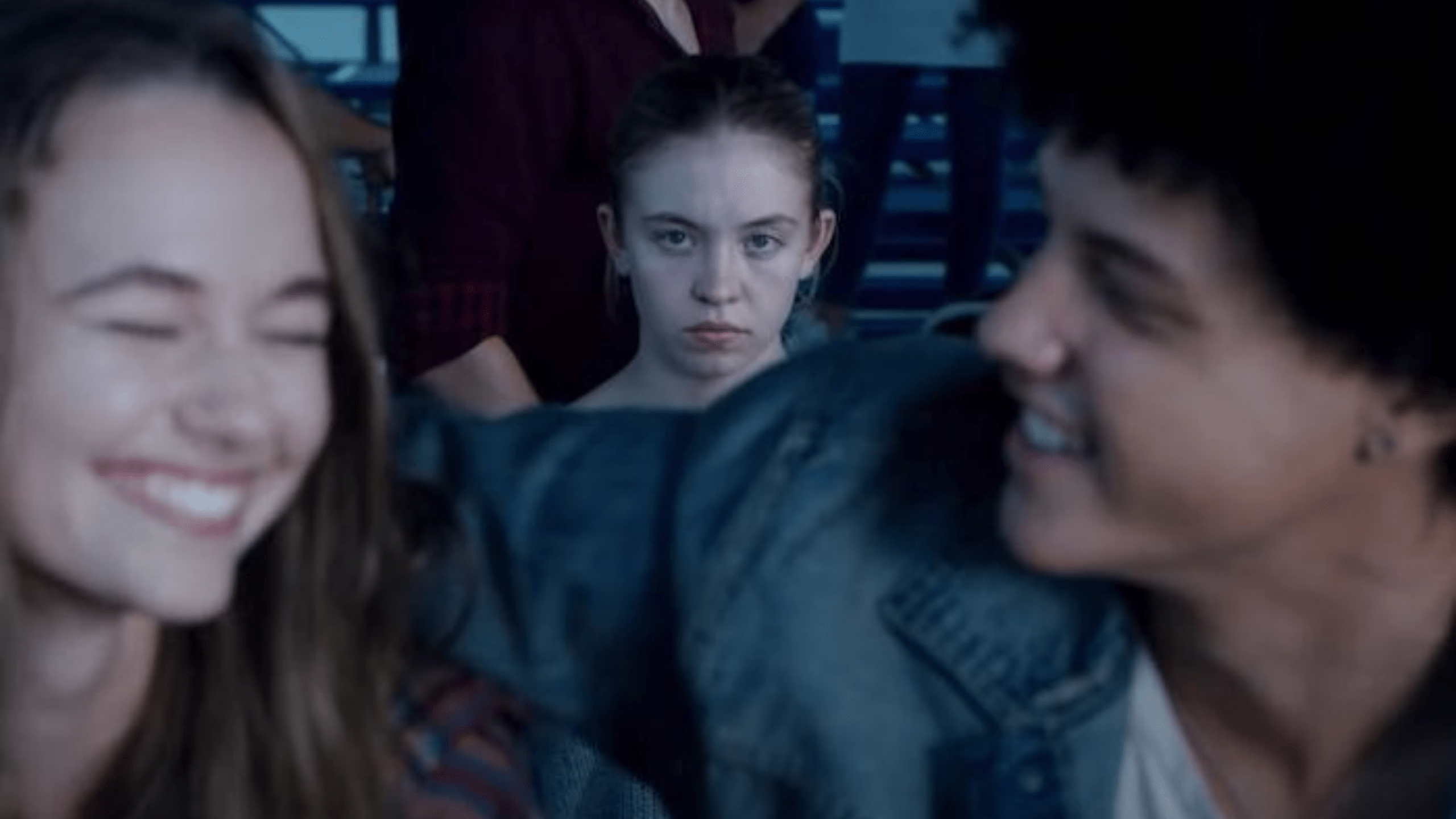 Quirke excels in two particular details that elevate the film, not only above other Blumhouse movies but above other horror movies in general. One is her editing, which is properly credited to Andrew Drazek. The images cut upon one another like new instruments being added in a symphony – fluid, when that is called for, but also discordant, when that is called for. Drazek cuts on shape and action, which tends to be the fluid part, but also hits us with abrupt cuts that jolt us or take us out of the moment. It’s all by design as Quirke manipulates us masterfully.

The film’s other arresting ingredient is its score, courtesy of Gazelle Twin – the nom de plume of Elizabeth Bernholz. When Juliet discovers that her spiteful and vengeful sister has pranked her by leaving bloody tampons in her cubby in the mailroom, Juliet clenches them in a dripping fist and marches to the rooftop where she knows Vivian is hanging out with her boyfriend. The look in Sweeney’s eyes – more on her in a moment – is surely partly responsible for the power of this moment. But Bernholz’ pulsing and scraping score creates the soundscape of a young woman coming apart at the seams.

Sweeney has a lot of heavy lifting to do here. She’s the protagonist, the one we spend the most time with, but she’s also the most morally compromised character in the film. (Her sister has her own share of bad behaviour, as do several creepy instructors at the academy.) We want Juliet to succeed, as she’s the underdog and has suffered from her parents’ lesser attentions, her sister’s more traditional beauty as well as Vivian’s apparently more exceptional talent. But there are a lot of bad decisions Sydney makes, and Sweeney handles them deftly. She has to play a real array of emotions here, and it’s a neat accomplishment that she keeps us as much in her camp as she does. 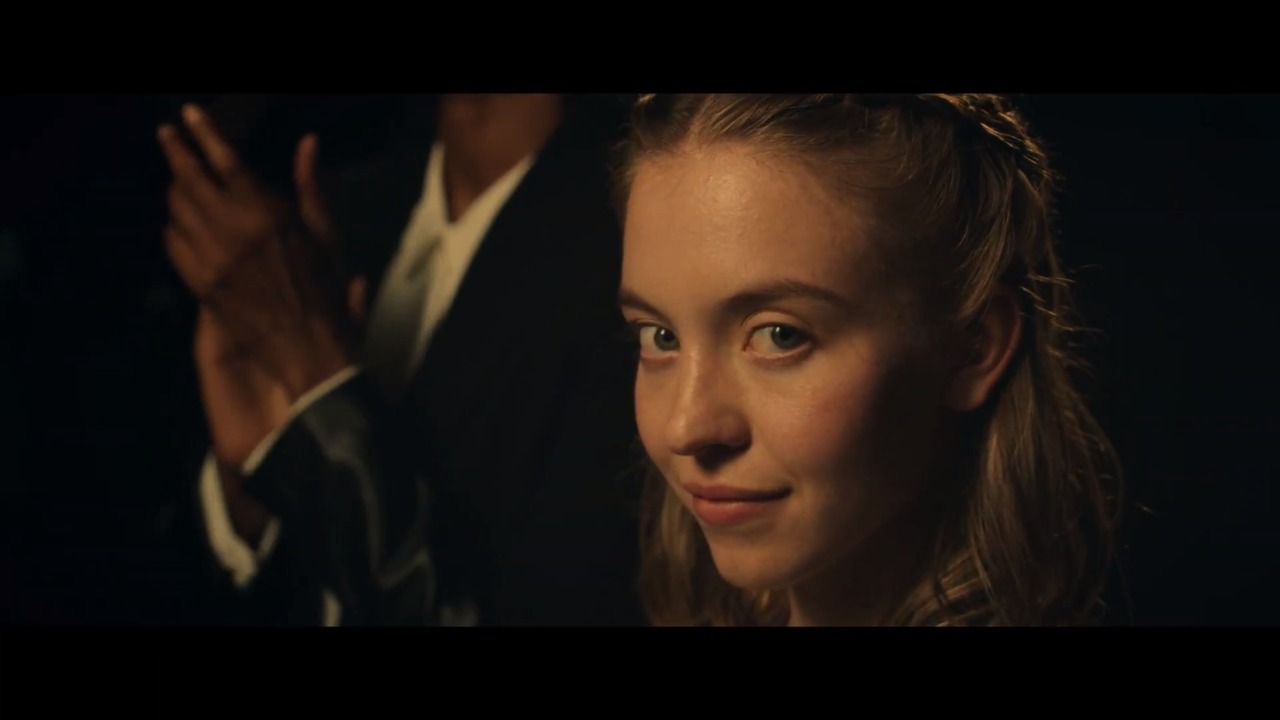 Nocturne is the type of horror movie that keeps delivering thrills and chills and unexpected moments, and because the director is so good at what she does, you are driven forward with a sense that she’s made all the right choices. That continues right through to the end, when a climactic event is open to interpretation in a way that feels exhilarating. Simply put, Nocturne exhilarates.