" I saw The Nun so that you didn't have to. You're welcome."

You know what? Fuck this movie. The Nun is the worst film of the year, so far. I’m passing that judgement with The Meg but a fresh wound in my mind. Watching Corin Hardy’s mess was one of the most unpleasant film-going experiences I have ever had. A terrible film is something worth avoiding at all costs but The Nun amplifies the experience of watching a terrible film by also being an exceedingly unpleasant film.

I am not a courageous man when it comes to horror films, though much of that has to do with my discomfort, and disdain, of jump scares. I have discussed my apprehension of jump scares (jump scares in general; the technique can be employed well) in the past so will not elaborate further here, but The Nun is full of them, and they are all bad. I spent most of the film with my hands and ears covered, so fervent was my desire not to be startled. Perhaps everything good about the film happened on the other side of my palms. I doubt it. 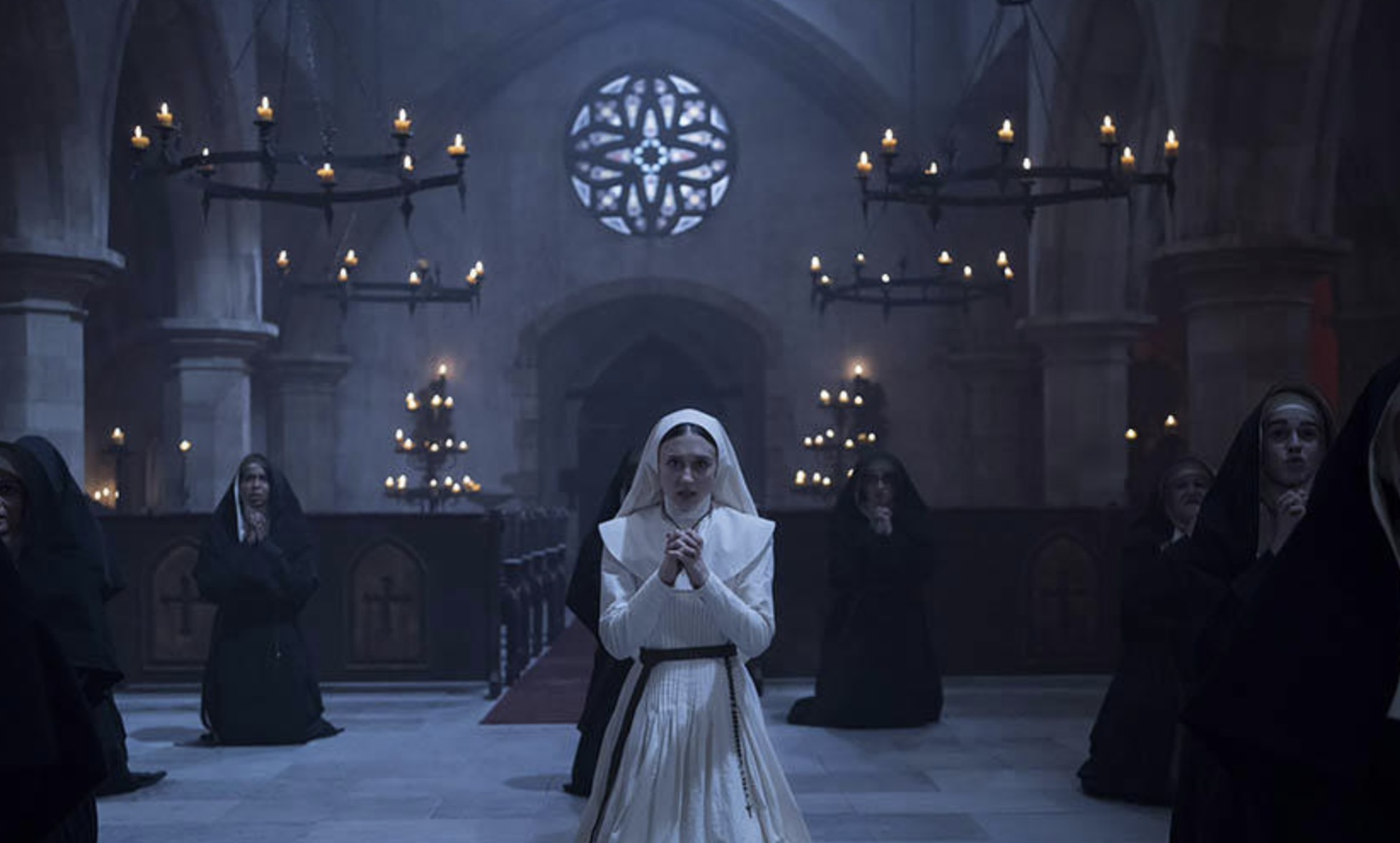 Corin Hardy’s film is a continuation of the extraordinarily successful, financially speaking, franchise that began with James Wan’s The Conjuring. It is the fifth instalment and I hope it will be the last although I doubt it. A priest, Father Burke (Demián Bichir) and a nun yet to take her vows, Sister Irene (Taissa Farmiga), are sent to investigate the mysterious suicide of a nun in a remote abbey in Romania. The abbey, from the very first instant of their arrival, is palpably cursed, though that doesn’t dampen the enthusiasm of either character to split up on a number of different occasions to rummage around in the dark.

There’s also Frenchie (Jonas Bloquet), an unintentionally unusual character who would be more at home in a Stephen Sommers adventure movie, remarkably willing to tag along on their forays into the exceedingly haunted abbey. Even a bad film might have provided Frenchie with a passing line of dialogue to justify his wild compliance but The Nun is much worse than a bad film. Character development, The Nun asks us, mockingly, and then yells BANG! SCARY! DARK! We jump, of course, because who the heck likes being startled?

The Nun fails in almost every sphere of horror filmmaking, or simply filmmaking, with which it attempts to engage. It made me extremely uneasy, which is something that the film undoubtedly wanted to do, but it wasn’t the rewarding unease of a well-earned scare in an adeptly executed horror. It was the sort of unease you feel when you’re looking at anything unpleasant, and it lasts for an almost two soul-draining hours.

I’m struggling to express the full scope of my hatred for this movie. A review that fills a substantial quota of your browser is also proving problematic when a few choice words that come to mind would probably do the trick. This review will end up being significantly shorter than my usual reviews. I don’t want to waste a moment more thinking about this film in any capacity, and yet I have a suspicion that I have nonetheless put more thought into this review than the screenwriters of The Nun put into their screenplay. 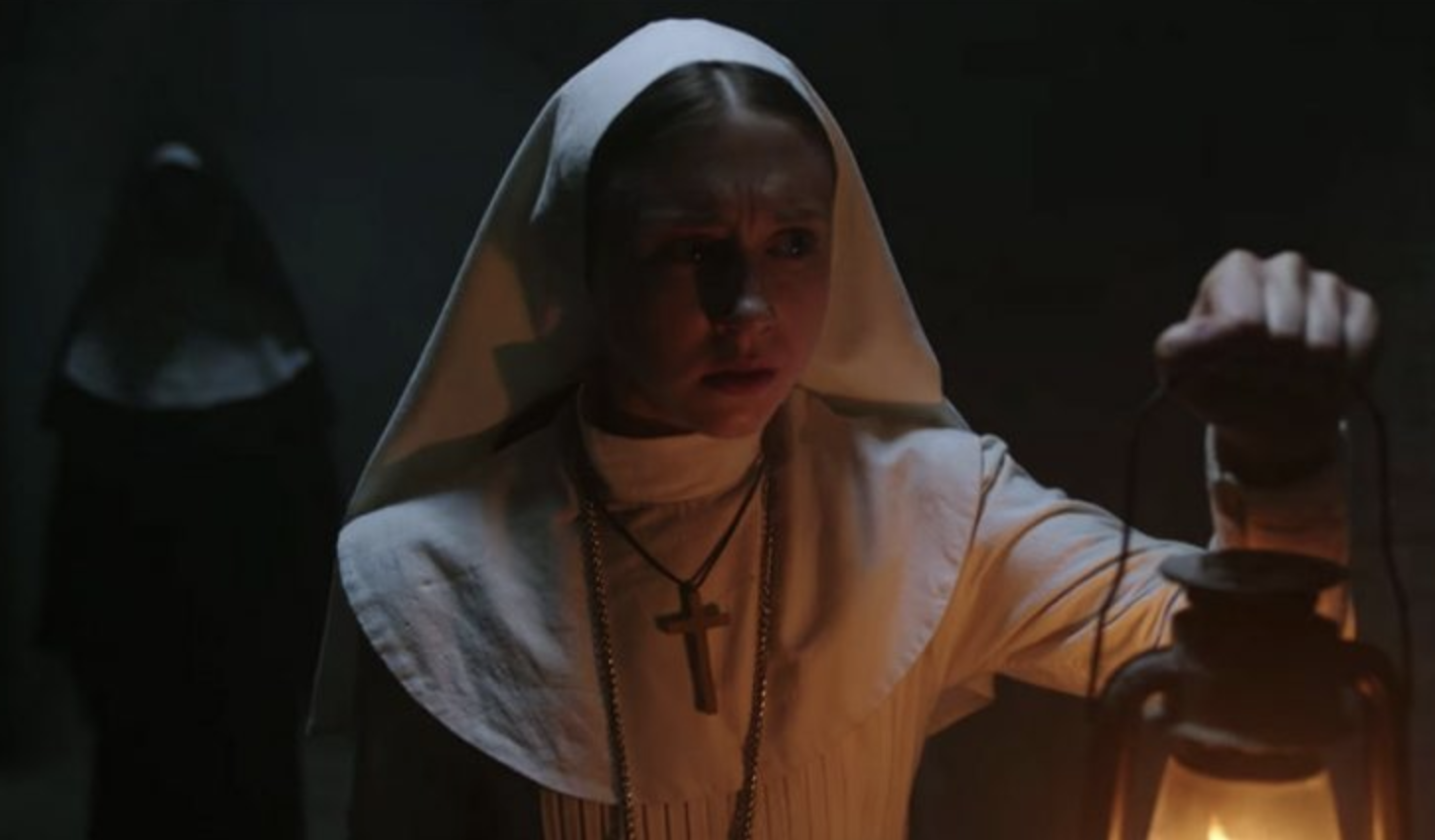 Avoid this movie at all costs. I hope it recedes from my memory as soon as I click publish, like a bit of dirt on your hand that dissipates as soon as the hand is submerged in water. If you like horror movies, you deserve better. If you just like movies, you deserve far better. If you like yourself, watching this movie may just leave you feeling empty and upset. I saw The Nun so that you didn’t have to. You’re welcome.