"If claustrophobics should recoil, cinephiles should rejoice."

"They say acting is reacting, and Laurent must continually react to unexpected stimuli throughout Oxygen."

Claustrophobics beware: Alexandre Aja’s new film Oxygen, which debuted last week on Netflix, could be highly triggering. It takes place (entirely? we won’t say) inside a cryogenic chamber, where a woman (Melanie Laurent) awakens to discover she is covered head to toe in some kind of mesh sheath, plugged up with life support tubes, without any memory of how she got here, or even who she is. Her only companion, such as it is, is an A.I. medical assistant, programmed to perform basic life support tasks and give her some (but not much) information about what’s happening to her. 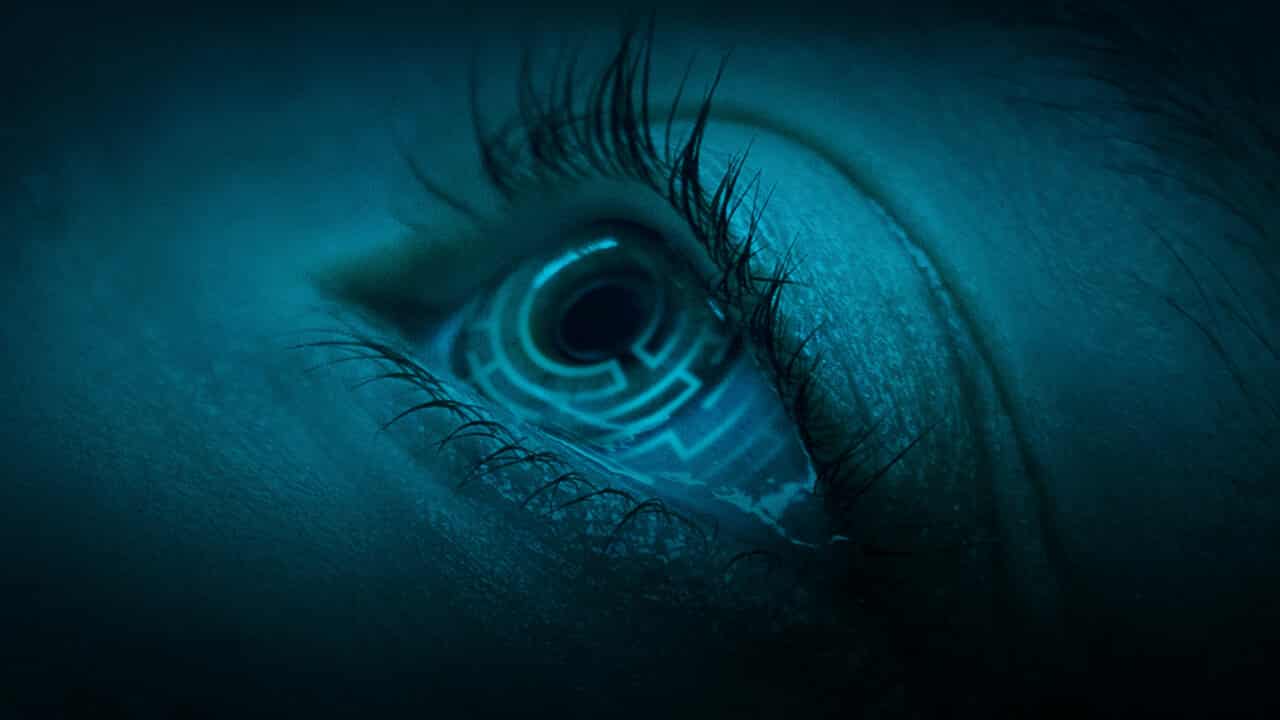 The French language film resembles, in structure, something very similar to the Ryan Reynolds vehicle Buried, in which the man was tasked with finding his way out of a coffin before his oxygen ran out. Oxygen is the main concern here too, as the title would suggest, though the environment is upgraded to the world of medical science fiction, both increasing the possibilities available to the woman as well as coating everything in a bleak and clinical inhumanity.

If claustrophobics should recoil, cinephiles should rejoice. Oxygen does a lot with a little and continually keeps you guessing, especially with someone of Laurent’s considerable talents serving as a viewer surrogate.

The woman doesn’t immediately discover her identity, but so as not to continue referring to her as “the woman,” we’ll spoil that she finds out her name is Elizabeth Hansen. To reveal any more about who she is, or what she’s doing there, would be to betray the surprises screenwriter Christie LeBlanc has worked so hard to construct. We can tell you a little bit about her A.I., as well, who appears on a flat screen about a metre above her face in the enclosed space. His name is M.I.L.O., he’s voiced by Mathieu Amalric, and he has the appearance of a digital ripple in a pond, whose ripples pulse and vibrate as he speaks.

We also know from the start, as there is a handy digital display that keeps us updated, that the oxygen level inside the cryogenic chamber is already dangerously low when she first awakens. Forget 70 or 80% — it’s already down to 31% when this whole affair begins. M.I.L.O. helpfully informs her that this will keep her alive for another 72 minutes – or, 43 minutes “at current levels of consumption.” She should really stop hyperventilating as it’s just exacerbating the whole thing, but when you don’t even know your name, let alone how you might extricate yourself from this situation, hyperventilation is an involuntary reaction. Needless to say, the computer-locked door simply won’t budge.

One might suggest that a person’s enjoyment of Oxygen depends on his or her receptiveness to movies with only a single location – and a very tight single location at that. But Aja, Laurent and LeBlanc do so much with this material that it really transcends its apparent physical limitations. Think something like Danny Boyle’s 127 Hours, where James Franco might be stuck with his arm jammed between two rocks for 100 minutes, but his mind is capable of travelling elsewhere. Aja accomplishes this with fantasy sequences and other trippy visuals that also have the function of approximating the break from reality Elizabeth is undergoing.

Then of course there are the primal pleasures of a countdown narrative, where instead of a clock ticking down to a bomb blowing up, it’s a digital readout dropping one percentage point at a time. Or sometimes more than that. Is Elizabeth losing time? Is she succumbing to visions and delusions? Or is whoever did this to her messing with her, and draining the oxygen faster than she’s using it? 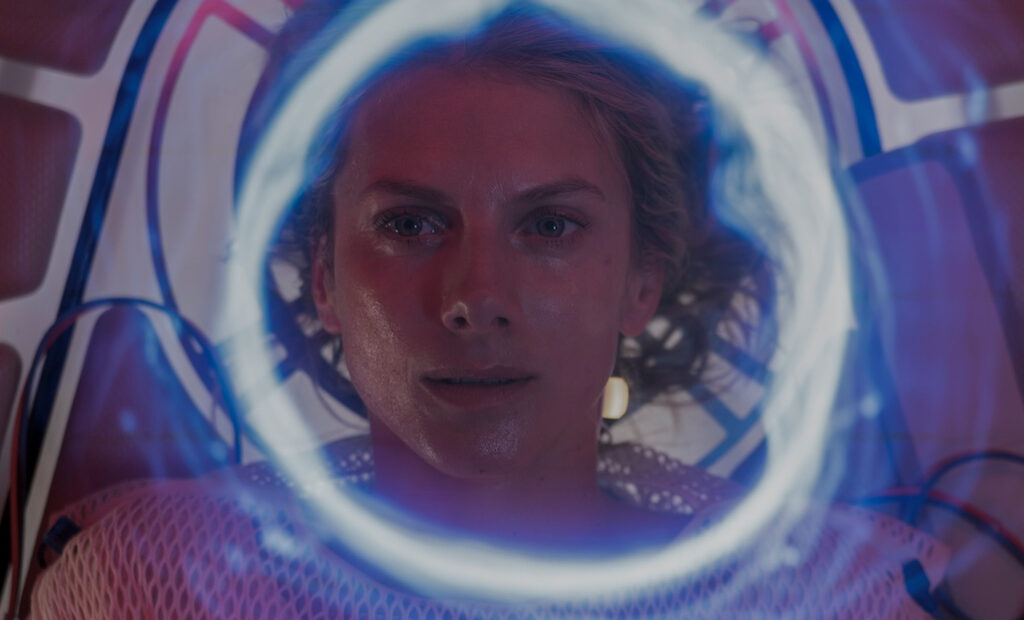 Laurent is known to English language audiences for her work in such films as Inglourious Basterds and Beginners, but few of her previous roles have been as demanding as this one. Not only is she the only one on screen for most of the time (or is she? best to be vague), but she’s freaking out, and constantly incorporating new information about her experience into her mental catalogue of possible responses. They say acting is reacting, and Laurent must continually react to unexpected stimuli throughout Oxygen. It’s hard to imagine someone better equipped for that.

One mightn’t have considered Aja equipped, as his previous films have regularly relied on a lot of physicality and movement. Think about Kaya Scodelario jockeying for position with alligators in Crawl’s flood waters, or the brutal actions of a serial killer in High Tension, or just about everything in the Hills Have Eyes and Piranha remakes. Turns out tension itself is the thing he’s good at, and boy does he ratchet it up here. Just remember that when you start hyperventilating yourself while watching Oxygen, the room where you’re watching it can probably handle the extra breaths.