"Not many mumblecore films are considered straight comedies, but Netflix really leans into the extent it considers this to be one."

"It's not that Paddleton is entirely free from comedy, though it features a rather literal kind of gallows humour."

Netflix has recently begun competing in all genres and at all budgetary levels, but the new release Paddleton hearkens back to the company’s original mission statement. Netflix original films were conceived, or so we were meant to believe, to give a platform to content that would otherwise have a hard time finding a theatrical audience. The so-called “mumblecore” tradition, which Paddleton has grown out of, is the very definition of that type of content. Mumblecore is a movement known for its low budgets, improvisational acting and extremely realistic, possibly even banal, scenarios. Paddleton producer-writer-star Mark Duplass is thought of as one of its grandfathers.

Not many mumblecore films are considered straight comedies, but Netflix really leans into the extent it considers this to be one. Alex Lehmann’s film has been marketed as a quirky indie buddy comedy, and there are a number of elements in the movie to encourage that view: the appearance of sitcom legend Ray Romano as co-star, the bushy moustache Duplass is sporting, and the fact that the title comes from a made-up sport devised by the two main characters. Baiting and switching is a bit of a standard Netflix trick, though, and Paddleton lets us know from its very first scene what it’s really about: cancer. 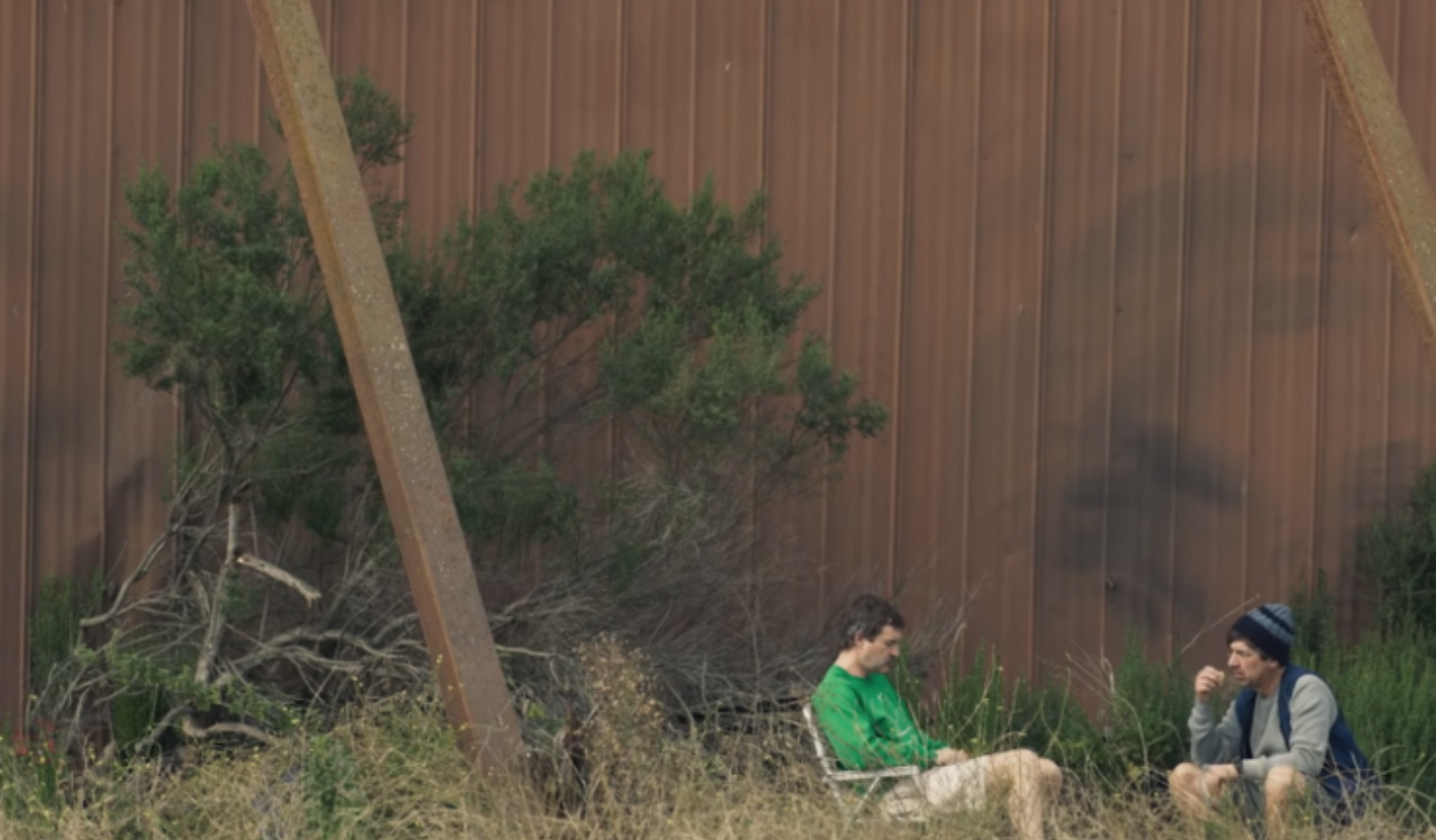 Michael (Duplass) and Andy (Romano) are single men at different stages of middle age, who live one floor above/below each other in an apartment building where bachelors go to die. We don’t learn much about how they got to this point, but their shared interests and mutual attention seem enough to sustain one another. They both love the same C-grade kung fu movie, and they especially love the game they’ve invented, which utilises paddles in bouncing a rubber ball off the back of an old drive-in movie theatre and into a nearby barrel. You get the sense they could just trudge through this routine forever, except Michael has just learned he has cancer, and it’s inoperable.

Michael’s not interested in spending his final weeks and months attached to tubes that are desperately attempting to save his life. So he gets a prescription for a drug that he can use to end his life at a time of his choosing. The drug is not widely available in a country that has been steadfastly opposed to assisted suicide, so Michael and Andy must make a six-hour road trip to its nearest source. Initially supportive, Andy decides he’s not so sure if he wants to let his friend give up so easily.

Laugh a minute, right? Fortunately, the bait-and-switch in this case is fairly rewarding. You think of Romano as purely a comedic actor from his days on Everybody Loves Raymond, but he’s been earning raves the past few years for his ability to bring nuance and melancholy to his roles. The Big Sick is considered the prime example of that, but Paddleton may provide an even more compelling sample of his range.

This story almost focuses more on Andy as the one potentially left behind than it does on Michael, the one facing his own mortality. We see Andy’s struggle between doing what his friend asks of him, and his frustration with both Michael’s diagnosis and Michael’s perspective on that diagnosis. Andy’s a guy who needs to believe in the possibility of miracles, even though he’s not that type of person at all. The alternative is that he’s losing his best friend. 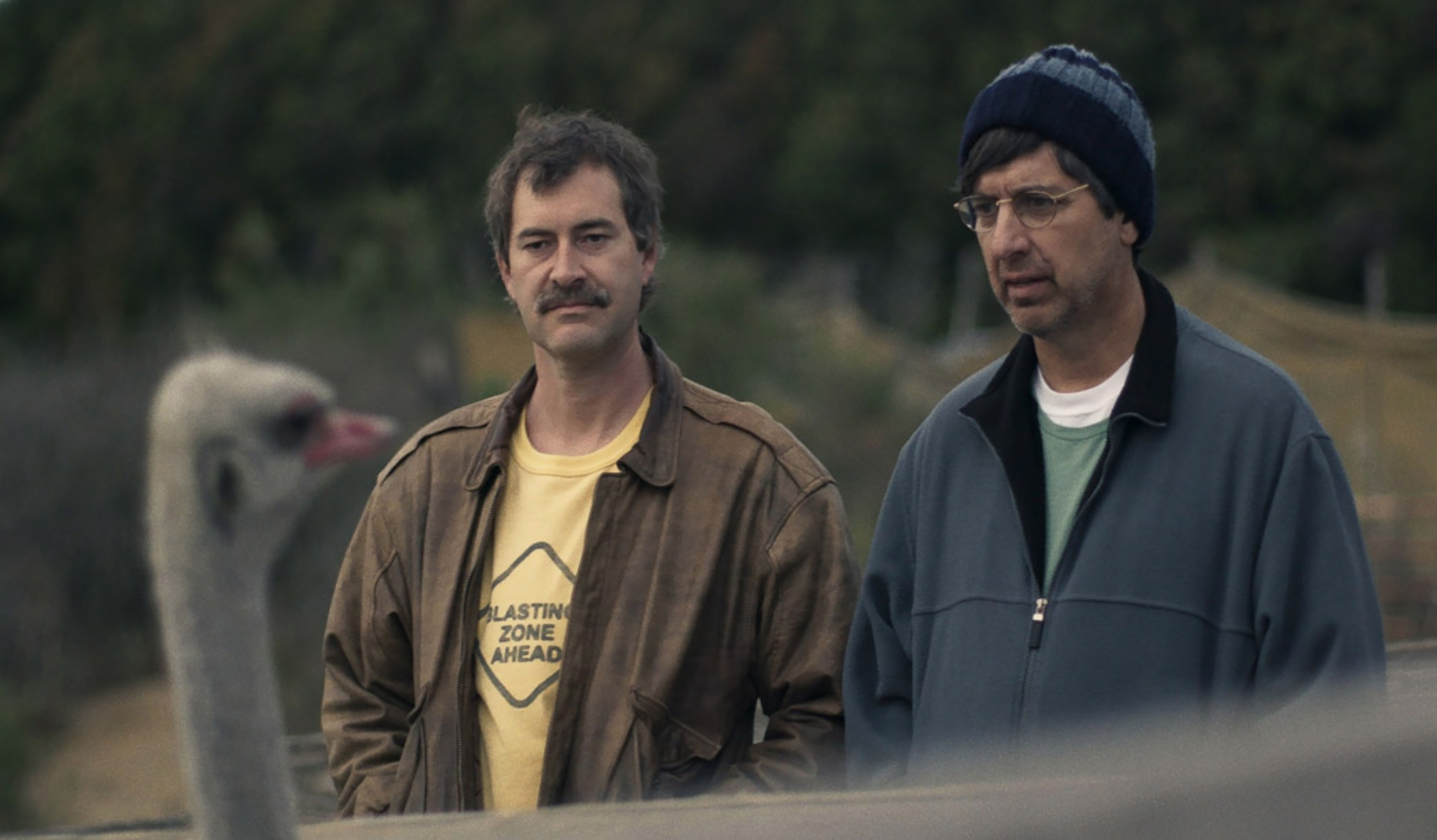 It’s not that Paddleton is entirely free from comedy, though it features a rather literal kind of gallows humour. One running joke is that Andy made a shirt for Michael that has a sketch of that old game hangman on it, where you have to guess the missing letters in a word before the drawing of the noose is completed and you lose the game. The shirt has a couple of the letters filled in, and Michael is always trying to guess the two-word phrase Andy had envisioned when he made it. There’s also a bit of Seinfeldian observational humour going on here, and a recurring bit about Andy practicing a hypothetical halftime speech for a football team about to lose the big game. With this subject matter, you take it where you can get it I suppose. 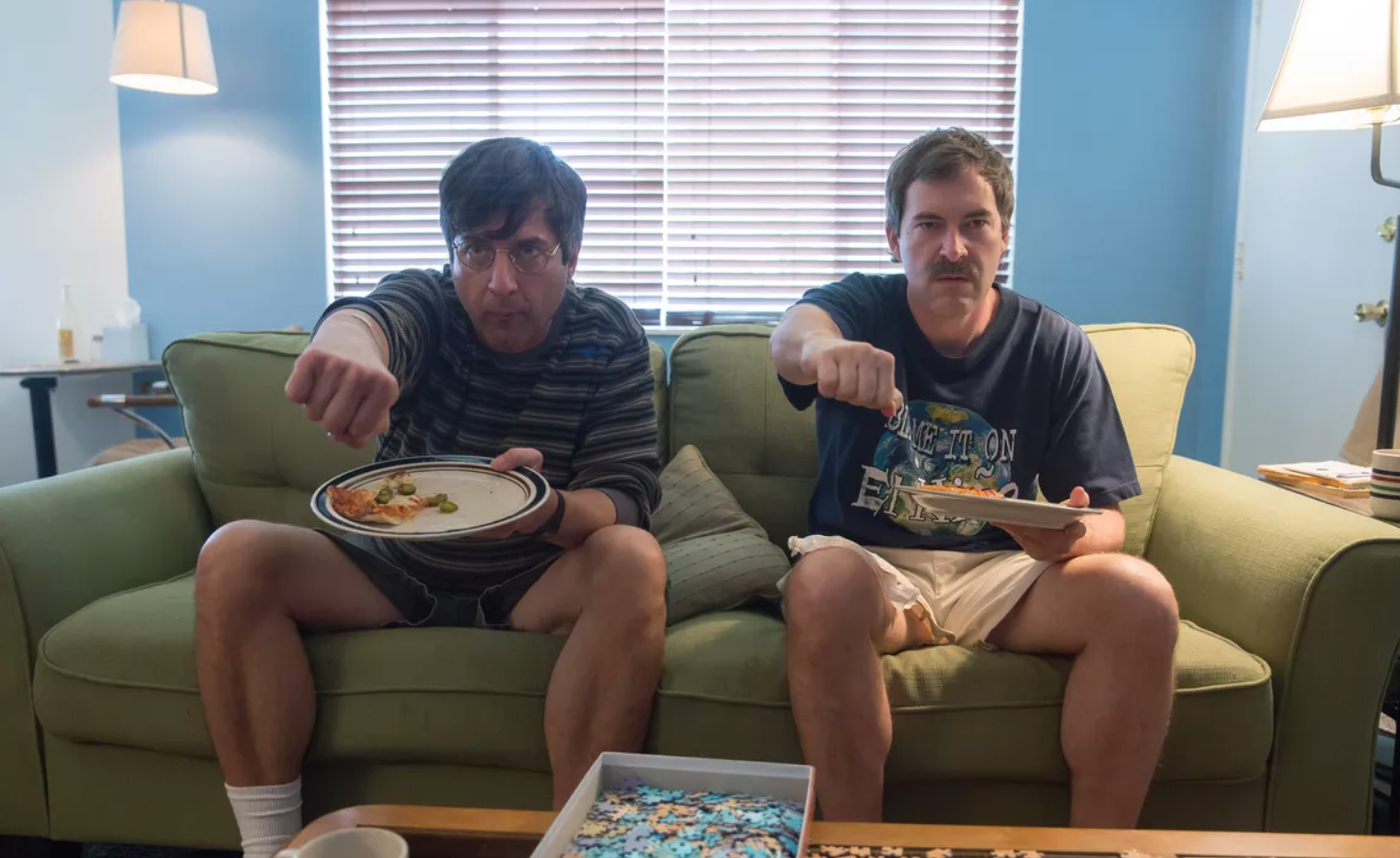 The film steers clear of the big emotional moments for the most part, leaving small indications of how the characters are feeling. These tend to gives us a lot more in terms of profundity. There’s a moment when Andy agrees to help Michael, and his delivery of the response “Okay” is so low and defeated that it’s almost inaudible. The tragedy of the scenario, though, is perfectly audible, as it were.

Paddleton might almost be too low-key for its own good. By trying to avoid many of the trappings of the traditional cancer movie, it’s also left some details outside the margins. For example, it feels like we’d benefit from understanding why these two nice guys have ended up in what seems like a dead end life, where all they have is each other, even before one of them is diagnosed with cancer. As a celebration of friendship, though, Paddleton lets us know that only having each other might be a whole lot.