Stephen King has built a career around throwing a heap of shit at the wall and hoping that something will stick. He is, after all, the man who conjured up a haunted laundry press in ‘The Mangler’ and cell phones that turn users into zombies in ‘The Cell’. By and large however, King has some pretty sticky, and ferociously lucrative, shit. Whether you enjoy his writing or not, it’s hard to deny King’s fiery imagination, one that has earned him a place amongst the most financially successful writers in history.

Another strength of King’s is his knack for laying into fundamentally human experiences. Pet Sematary, an adaptation of King’s 1983 novel of the same name, asks us to consider the grief of burying a pet before then applying a more magnified sense of grief to a sinister scenario. That threatening atmosphere permeates Kevin Kolsch and Dennis Widmyer’s adaptation. Perhaps the biggest compliment to Kolsch, Widmyer and King is that the film really feels like a Stephen King horror story. 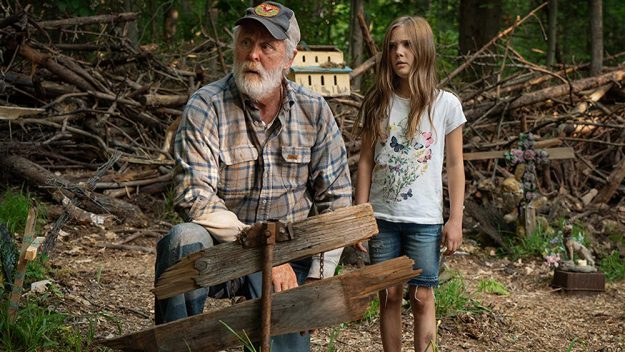 King’s past successes may also be a burden. Any storyteller who enjoys the sort of immense influence that King has experienced over the past many decades will invariably begin to see the consequences of that success in the work of others. The Pet Semetary novel was by no means one of King’s first works but it is nonetheless over thirty-five years old. The variety of creative lethargy that plagues Kolsch and Widmyer’s film may be a natural consequence of everyone ripping off King for all these years.

Pet Sematary is a horror film that you have seen in many forms. The most direct associate is the 1989 adaptation, directed by Mary Lambert, reportedly one of the few King films that scared the author himself. But Pet Semetary, in both narrative and the manner in which it communicates that narrative, is nothing new. It’s a victim of King’s prolonged exposure and also of the work of those who have followed his blueprints. I am a self-admitted coward when it comes to horror films and that I knew precisely the moments in which to cover my eyes and ears in order to avoid a powerful mental blow at the hands of a jump scare is telling in regard to just how much Pet Sematary adheres to horror conventions.

That it may bring nothing new to the table is not to suggest that it doesn’t engage in stale tropes well. It does, and perhaps most remarkable about the film is that it succeeds in spite of itself. That has as much to do with some persuasive central performances, particularly from Jason Clarke, as it does Kolsch and Widmyer’s patience and intuition with their material. There may be jump scares, a cheap scare tactic that I have already bemoaned ad nauseam in my reviews, but there is something more thoughtful than usual to a lot of them here, even when you know they are coming.

Clarke stars as Louis Creed, the patriarch in a family that wants a tree change, a quieter life to spend more time with one another. The rest of the family is comprised of the mother, Rachel (Amy Seimetz), daughter (Jeté Laurence – with a force of charisma rare in young actors) and son Gage (Hugo Lavoie). That the Creeds will endure some sort of hellish scenario before the credits role is a given. We have expectations of this variety of horror film. Many of those expectations are a result of King’s work. That Pet Sematary maintains our curiosity while succumbing to our expectations is admirable. 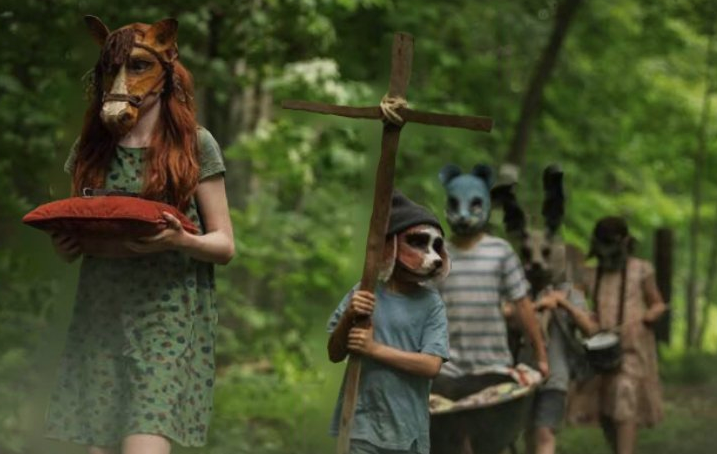 As I left the preview screening of Pet Sematary tonight, the friend who accompanied me informed me that while he agreed that the film was unsettling and scary he didn’t find it cripplingly scary. Alright then, Captain Brave, I thought, my intestines still palpitating at the thought of that forest behind the Creed house. I personally found the film to be cripplingly scary, but then, I find every horror movie cripplingly scary.

Consequently, any evaluation of a horror film from myself regarding how scary it may be is rendered somewhat void. My impression of Pet Sematary is limited to every element of the film that isn’t scary. In many regards the film is a success, particularly in performance and the establishment of atmosphere, both elements that fall by the wayside in many wide-release horrors. The film is moderately hindered by a staleness in story – a story that wasn’t one of King’s better efforts to begin with. It certainly scared me just as much any other scary movie, but that’s normal.