"Creatively, the film is like a patchwork, inspiration conspicuously purloined from a number of recent films, most notably Josh Trank's Chronicle."

"I'm loathe to draw any more attention to Krispy Kreme than Power Rangers did, but that was some of the most painfully blatant product placement this side of Will Smith's fondness for Converse shoes."

“Is that Bryan Cranston?” my friend Al Moore whispered to me during the opening moments of Dean Israelite‘s Power Rangers, “fuck me.” I had invited Al along to the early screening of the film as my plus one. As we left the cinema, Al asked me whether I thought that the filmmakers did Cranston’s motion capture work while the actor was at home in bed. (“Don’t worry, Bryan, we’ll come to you.”) Al’s Cranston comments not only provided me with the inspiration for the opening paragraph for my review but also served as some form of intellectually intangible analysis of the sort of movie that Power Rangers is.

Power Rangers is based on a short-lived albeit fiercely adored – an adoration enhanced, perhaps, by the authority of nostalgia – toy and television property. Creatively, the film is like a patchwork, inspiration conspicuously purloined from a number of recent films, most notably Josh Trank’s Chronicle. It was never going to be a question about whether Power Rangers is a good movie; when it comes to situations like the one in which we find ourselves with a high-budget Power Rangers films arriving in cinemas, quality isn’t unattainable but it is persuasively unlikely. The real question is what end of the bad spectrum Power Rangers occupies. Cheerfully, for much of his running time, Isrealite bestrides the end of bad that a film like Power Rangers should be more than thrilled to bestride. 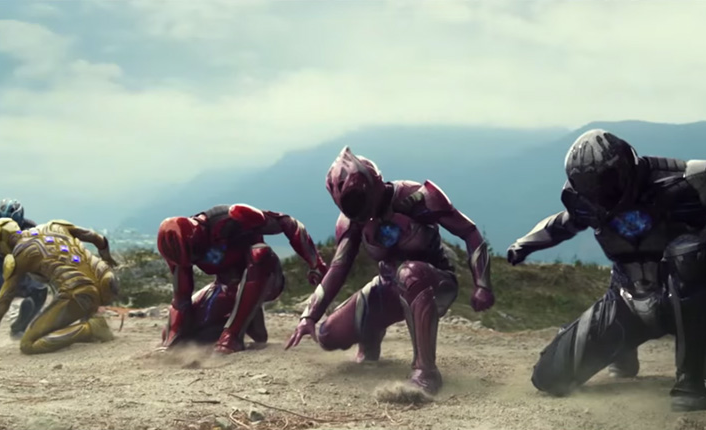 A group of youths all happen to be in the vicinity of an enormous quarry, for reasons that span from implausible to the entirely unexplained. They happen upon a spacecraft and become Power Rangers. That’s all you really need to know because that’s all there really is. At one point, the Rangers are informed that the Earth has eleven days until the villainous Rita Repulsa (Elizabeth Banks) will take over the world. A training montage begins, which makes sense because eleven days isn’t very long and the team is thus far entirely unschooled in combat.

But the montage includes the Rangers taking breaks to go eat cake at a cafe, stare longingly at their former football team and attend detention at school, which has the immediate effect of dragging the sense of urgency in the plot down to about zero. I’m loathe to draw any more attention to Krispy Kreme than Power Rangers did, but that was some of the most painfully blatant product placement this side of Will Smith’s fondness for Converse shoes.

The film is almost artistic in its structural, technical and creative anarchy, although ‘almost’ can be an energetic word. Isrealite’s previous film, Project Almanac, was a moderately successful – creatively and commercially speaking – found footage film and despite an increase of budget by almost one hundred million dollars for Power Rangers, Isrealite doesn’t appear to have been able shed many of the instincts or limitations demanded by that form of cinema. The camerawork is haphazard and unharmonious, often outside the realm of reason and many scenes that required significant scope are unreasonably inhibited.

I remember enjoying the Power Rangers television series as a young child. I remember more keenly the pang of jealously I felt when a friend of mine had an impressive collection of the toys and I had not a single Ranger nor Zord. I’ve barely thought about the property since the very year that I became aware of it, and therein lies an integral problem with this film. Power Rangers is for kids. The mythology isn’t sound enough or compelling enough to sustain itself amongst an audience above the age of ten, and that might be being generous. The handful of masturbation quips and the mild violence in Power Ranger rules what should have been its target audience out of the equation. So who is the film for? Nostalgia isn’t enough to recoup a budget this large. At one point, the theme song from old the television series blares triumphantly as the heroes ride to battle. Do the filmmakers except all of those Power Rangers fanatics out there to rise up in our seats, cheering? 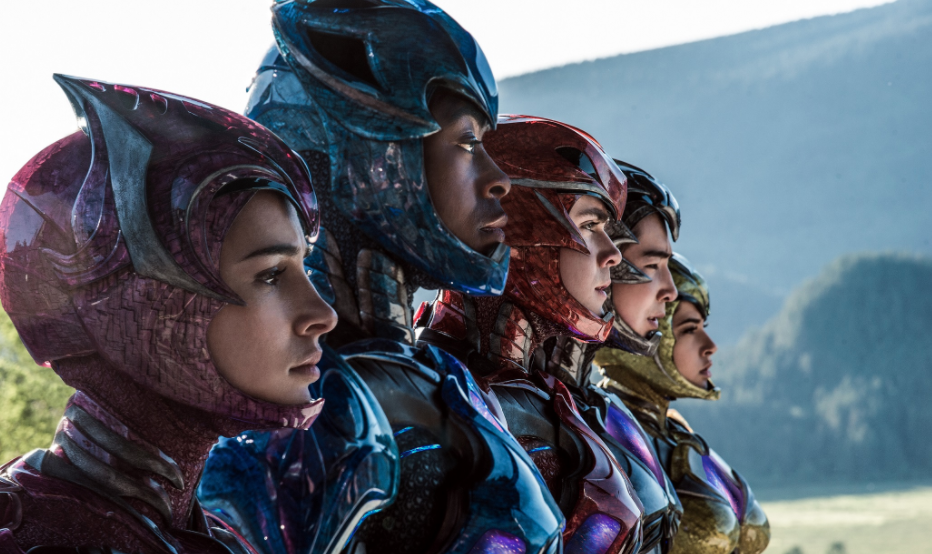 The final act, in which the Rangers battle Repulsa in mayhem that’s technically poor enough to perhaps be a misguided homage to the original series but also technically too proficient for that homage to be entirely realised, is the film’s major problem. Unintentional chaos can still be fun but there’s little that’s more grating than chaotically assembled action sequences.

A lot of Power Rangers is fun and watchable, despite itself and despite yourself. During what was undoubtedly intended to be the film’s saddest moment, I had a big grin on my face. Who knows what that says about Power Rangers, but I was enjoying myself, and that’s the sort of film that Power Rangers is when it’s at its best.