"Promising Young Woman is as clear-eyed as Cassie in its examination of what is right and what is oh so clearly wrong. But it’s a lot more about shades of grey than you might imagine. "

"Fennell has the more complicated agenda of wanting us to understand the true motivations behind and consequences of revenge, and whether a seemingly simple symbol of vengeance is actually helping or hurting her cause – or herself. "

It’s an interrogative statement we’ve heard from time immemorial, though hopefully only from movies and TV and not from our own lives. We’ve heard it muttered with a sleepy drunkenness by a woman who is being slowly undressed by a man, and in most contexts, sadly, the statement has been characterised as a kind of playful remonstration, a pretending to want less when she actually wants more.

In Emerald Fennell’s new film, Promising Young Woman, the question is initially used that way, to activate our preconceived notions of such a scenario. But a moment later, as the “gentleman” who has helped her get home “safely” from the bar has her underpants down around her ankles, the woman sits up and speaks those words again: sharp, clear, focused, righteous.

What this man is doing is what men have done from time immemorial: used the public drunkenness of a woman as an excuse to have sex with her. Only Cassie Thomas (Carey Mulligan) is not actually drunk. She’s merely pretending to be so as a kind of venus flytrap to teach such “gentlemen” a lesson. If they actually behave like gentlemen and take her home from the bar to her own bed, with no further shenanigans, they’ll be none the wiser that she was faking it. But if they start to remove her underwear …

Promising Young Woman is as clear-eyed as Cassie in its examination of what is right and what is oh so clearly wrong. But it’s a lot more about shades of grey than you might imagine. Two of the three men who initially spot Cassie are drunken letches, describing her physical attributes in no uncertain terms and discussing going over to score with her. It’s the third one (Adam Brody), the “nice” one, who actually approaches her, probably thinking he has no ulterior motive than to ensure her well-being, until subsequent events prove him wrong even about himself. Promising Young Woman recognises a world where “nice” people do awful things, “bad” people are sometimes misunderstood or genuinely inclined toward reform, and victims can get themselves in over their heads while trying to do what’s right.

Cassie was a medical student with the promising future of the title. She dropped out to help her childhood friend, Nina, who was attending the same university, but felt she had to withdraw after an episode of drunken sexual battery left her bruised, both physically and emotionally. The only thing is, neither those students nor the university itself clearly recognised the incident as unwanted on Nina’s part. After all, they were all young and drunk and stupid, and Nina drank to excess more than any of them. It’s the kind of excuse that’s been widely enough accepted to get Brett Kavanaugh a lifetime appointment to the U.S. Supreme Court. 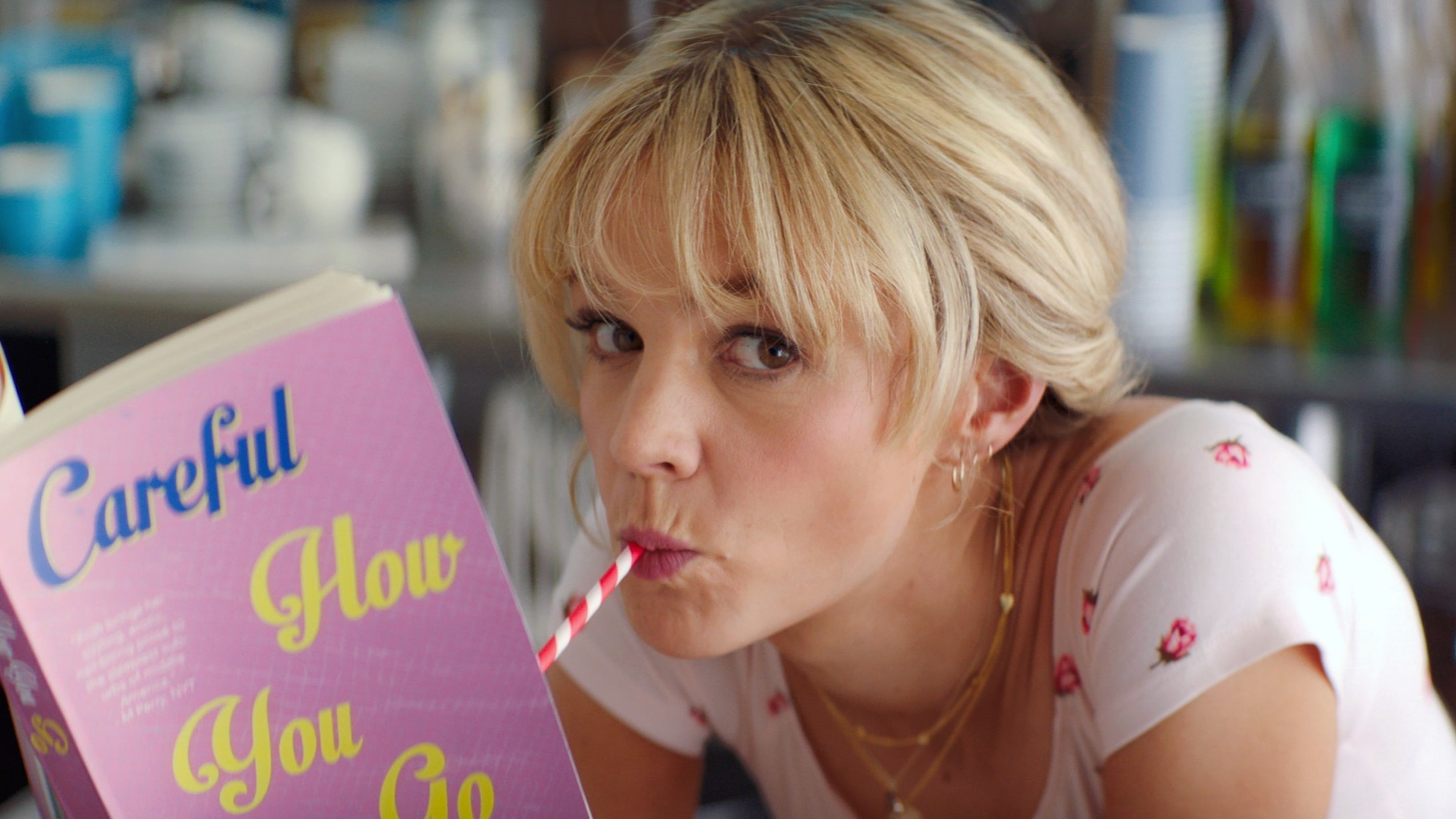 Cassie is now working in a café at age 30 when she meets Ryan (Bo Burnham), or rather, re-meets him. She’s forgotten that Ryan was once a classmate at medical school, and she begins dating him – rather reluctantly, since she’s still carrying out her weekly “lessons” against local dickheads who try to take her home. Ryan, a paediatrician, might be enough for her to move on and move out of her parents’ house, or he might just trigger memories of the classmates who assaulted and humiliated her friend – and whether they themselves might be deserving of a little dose of her revenge.

Fennell, who served as showrunner for the second season of Killing Eve, is quite the promising young woman herself. In her directorial debut, which she also wrote, she brings a real bubblegum badassery to this film, which is to say that there are a lot of pinks and light blues (and even some bubblegum), but they are always in service of a vibrant female revenge fantasy. Promising Young Woman is much more than that, sometimes to its credit and sometimes to its detriment. 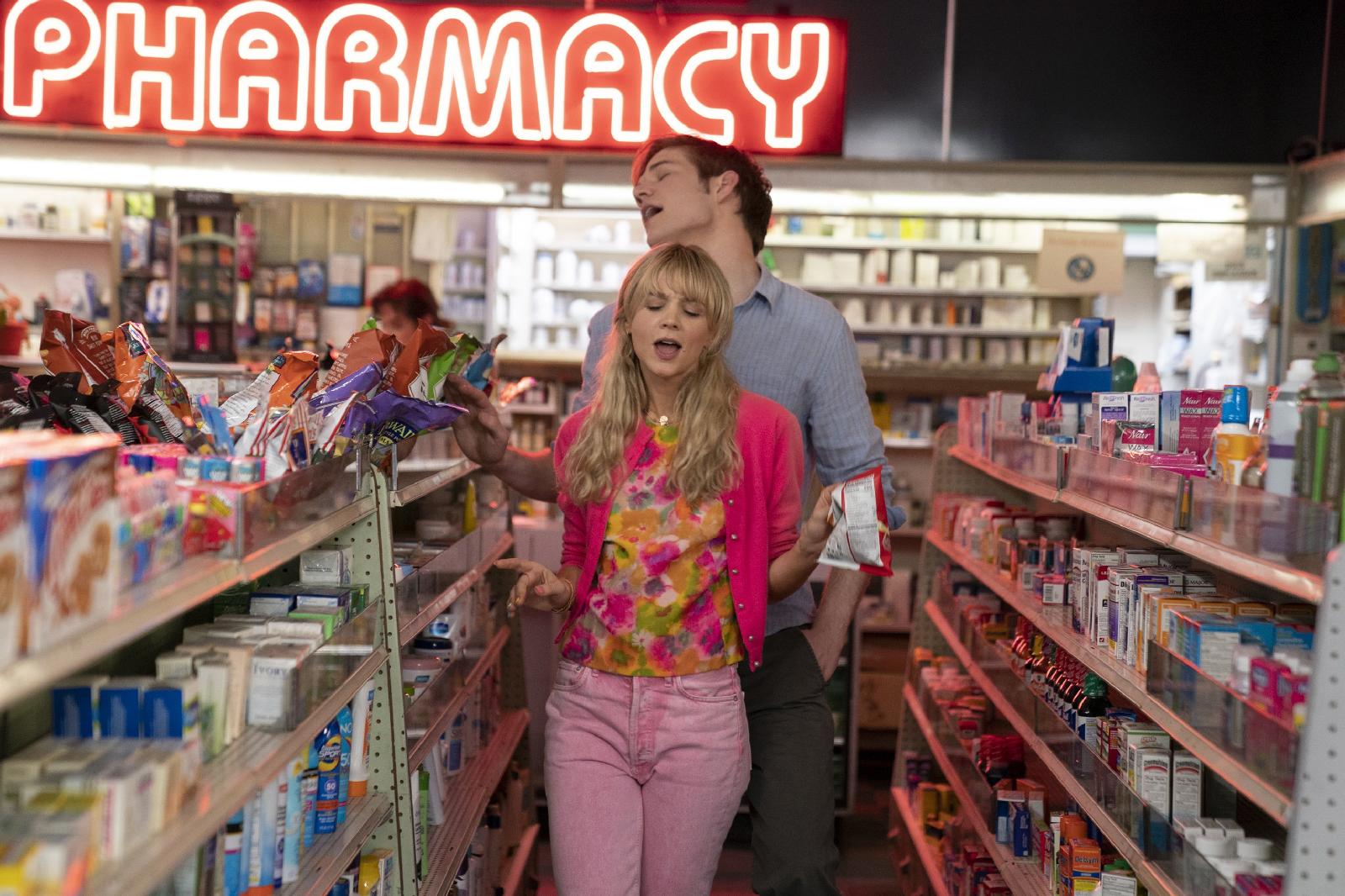 It’s not so much the pinks and light blues as the aforementioned shades of grey that play the biggest role in assessing the film. It’s probably safe to say that no character is portrayed totemically here as either all good or all bad, but that also means that what seems like a stridently presented film is also kind of hedging its bets. (Plus, the film has some nitpicky narrative issues, loose threads and confused motivations that subtract some from its forward drive.)

Surely Promising Young Woman is more interesting for being complicated, but when an issue is as black and white as this one – like, don’t try to fuck a woman when she’s about to pass out – there’s a part of each viewer that yearns for black and white execution. We don’t really want to ponder how Cassie is putting herself in the very kind of danger that might cause people to say she was “asking” for whatever bad things might happen to her.

What Promising Young Woman has in common with other films that challenge us in the right ways is that there are multiple ways to interpret it. Certainly there’s a straightforward feminist reading to this film, which is probably what the majority of viewers will see. But Fennell also has the more complicated agenda of wanting us to understand the true motivations behind and consequences of revenge, and whether a seemingly simple symbol of vengeance is actually helping or hurting her cause – or herself. Remember, Fennell is working on Killing Eve. Don’t expect conventional emotional payoffs here.

Mulligan’s performance embodies all these complexities. Cassie is a person with unshakable conviction, as indicated by her commitment to all the details of playing drunk, a kind of epic trolling worthy of only the most richly deserving targets. That steely look in her eye might do more damage than any weapon. But neither has she given up on the prospect of a normal life or love, and these traditional aspects of her personality create just the kind of vulnerability she is trying to squelch with her actions. It’s a brilliant turn. 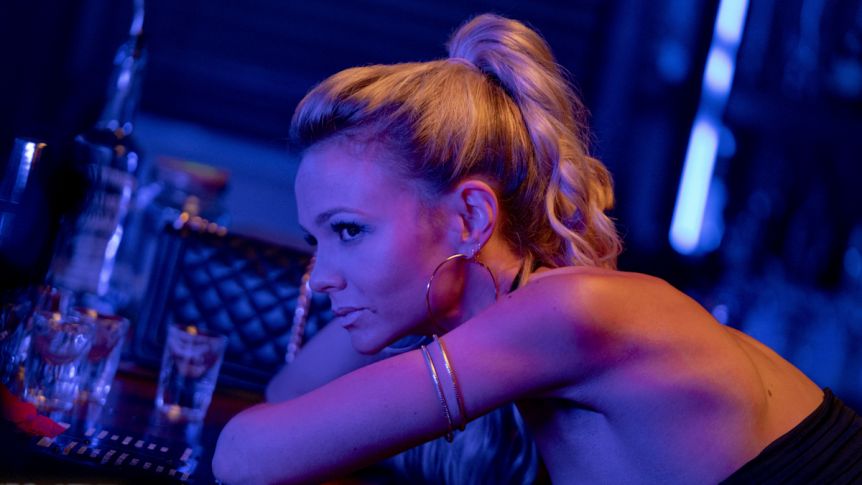 There’s an acid pessimism underlying the film that may actually be its greatest strength. By presenting each character as compromised in some way, Fennell reminds us that women in general, and victims specifically, live in a world where there may be literally no safe place to turn when you’ve been assaulted. Even the typical screenwriter shorthand for what constitutes a trustworthy character cannot be trusted, as everyone’s got a dark secret that might prompt them to act in their own self-interest when the chips are down. In the world of Promising Young Woman, the chips are always down.