"As much as Iceland itself factored into the success of the original film, so does Western Australia here."

"Well into the twilights of their careers, Sam Neill and Michael Caton really sell this one."

Twenty twenty has been a difficult year all around the world, but particularly in Australia. We may not have gotten hit as hard by COVID-19 as some places, but it’s almost forgotten at this point – internationally if not locally – that we started the year with some of the most devastating bushfires this country has ever seen. Loss has given way to privation, which has given way to more loss. In 2020, Australia has been like a drowning swimmer coming up for air, only to have his head pushed back under the water. Rams, then, comes along at the perfect time to make sense of this tragic year, and is a uniquely Australian type of document to do so. That might not have necessarily followed given that the source material is a 2015 Icelandic film of the same name, reviewed on ReelGood when it first hit Australian shores in early 2016. But the subject matter easily translates to another proud sheep-farming nation, with the particulars expertly adapted to the local climate by director Jeremy Sims and screenwriter Jules Duncan. As much as Iceland itself factored into the success of the original film, so does Western Australia here. You’ve never seen more flies swooping around actors’ faces.

The COVID-19 metaphor, unintentional though it may be, is crystal clear. A sheep-farming valley in Plantagenet faces a grim economic future when its most profitable resource is hit by a highly infectious disease. That’s Ovine Johnes Disease, abbreviated OJD, and it affects the gut, making the sheep in question unable to absorb sufficient food not to starve to death. Such are the rampaging effects of this disease that it necessitates mass slaughters, not only on all the farms where infected sheep have been found, but on any other farms that may have engaged in breeding with infected farms … and then any other farms in the area just to be sure. It’s like the doors of a pub or a cinema or a concert hall closing indefinitely, with little to no hope of short-term economic sustenance.

The bushfires need no metaphor. While the citizens of greater Plantagenet are trying to decide whether to ride it out or move on to Perth or elsewhere, a particularly determined fire bears down on them. It’s as if the filmmakers had specifically prepared this movie for 2020, queuing up not one antagonist, but two.

There’s a third antagonist of sorts for Colin Grimurson (Sam Neill): his own brother. Les Grimurson (Michael Caton) lives in the neighbouring house to Colin, but the brothers have been involved in a decades-long feud, and estimate they have not spoken a word to each other in 40 years. That’s not to say they never communicate; Colin’s dog runs notes back and forth between them in his collar. The bitterness between them only gets worse when Les’ prize ram wins the local competition, judged by a British veterinarian (Miranda Richardson). It’s when inspecting his rival’s winning specimen that Colin detects the symptoms of OJD, which has never hit this part of Australia. Given Australian filmmakers’ fondness for whimsical approaches to rural Australians, especially portrayed by national treasures like Neill and Caton (we claim Neill even though he’s a Kiwi), it’s surprising to see Rams resist that temptation. For sure, there are bits played for comedy here, like when Colin delivers a dead-drunk Les to hospital in the digging bucket of his tractor. For the most part, though, Rams is as sober and sombre as its Icelandic predecessor. There’s an inherent quirkiness to septuagenarian brothers who refuse to speak to each other despite living a stone’s throw apart. But there’s also profound pain to that reality, and Rams leans into it, to its credit.

That could be because there’s so much serious work to be done here. The rams and ewes in question are, indeed, beautiful creatures, their coats eminently scratchable, their impressive horns seemingly carved from marble. Yet each and every one of these sheep is doomed to be put down, due to the type of abundance of caution that has guided our response to COVID. It’s no small thing for these men, who love their sheep more than they do any other human beings on this earth. Of course, not all the sheep get put down – because then we would have no story. 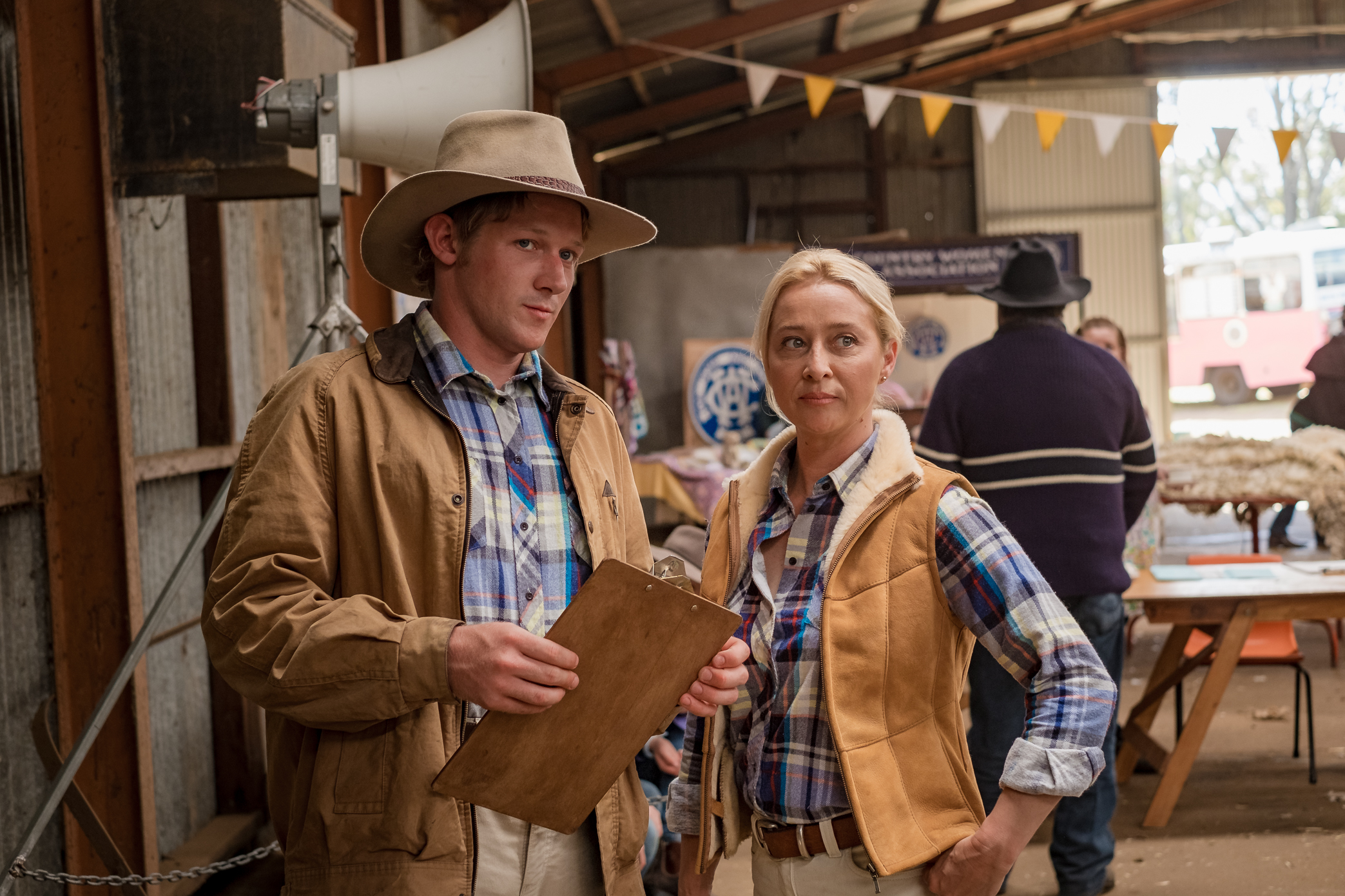 Well into the twilights of their careers, Neill and Caton really sell this one. Their stubbornness, their love for their flock, their scraggly beards and their wicked sunburns all convey the years they’ve spent in service of their profession. Richardson – and where has she been hiding, by the way? – is like a refreshing splash of water on their blistered skin, specifically that of Colin, our protagonist. Actor-director Wayne Blair further fleshes out the cast of local townspeople, which also include a deliciously detestable bureaucrat from the department of agriculture (Leon Ford). They all effortlessly create a sense of place here, complete with the aforementioned cloud of flies, and all the specific quirks of an Australian summer Christmas during the middle passage of the story. 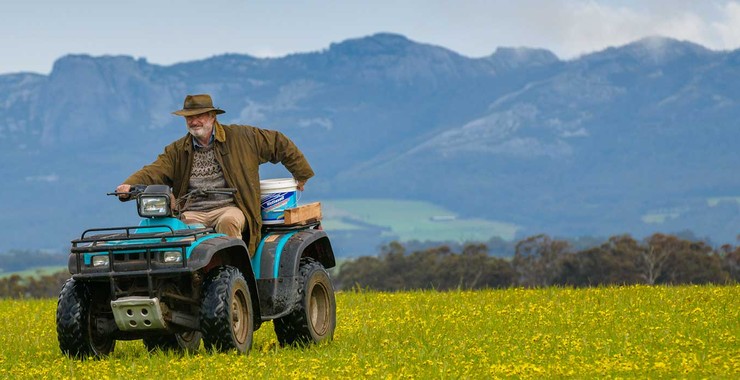 Rams has been a healthy earner so far, topping the Australian box office its first weekend, as audiences tentatively return to cinemas with reduced seating capacities. It’s a good film to choose if you are considering the same proposition. Rams grapples with what we’ve spent our last 11 months confronting, both literally and metaphorically, in a way that may be cathartic. But it also reminds us to keep on keeping on. This, too, shall pass.