"It's the cinematic equivalent of sleight of hand, if the trick goes on and on without ever reaching the reveal."

Francis Lawrence’s Red Sparrow is an ugly film about sexual violence, despite what its marketing campaign would have you believe. Despite also, I’m inclined to think, Lawrence’s intentions, which, if you subtract that sexual violence from his film, begin to indicate a concern with entertainment. Red Sparrow is a spy film, but only superficially. In its muted tones and convolution, it resembles Tomas Alfredson’s excellent Tinker Tailor Soldier Spy, although in quality it does not reflect Alfredson’s film at all. But beneath the surface, Red Sparrow, intentionally or not, is so concerned with carnal cruelty that its bewildering how Lawrence could have thought his film would serve as entertainment.

If the story or the film had been good enough to justify such an uncomfortable depiction of sexuality, perhaps it might not have been such of a problem. Red Sparrow centres around a former ballerina, Dominika Egorov (Jennifer Lawrence) who is trained in a top secret Russian intelligence service dubbed ‘The Sparrows’. Their manner of working involves seduction and manipulation, although the time Egorov spends in training appears so brief that we are neither entirely privy to exactly how The Sparrows are so capable not entirely convinced of their capabilities. 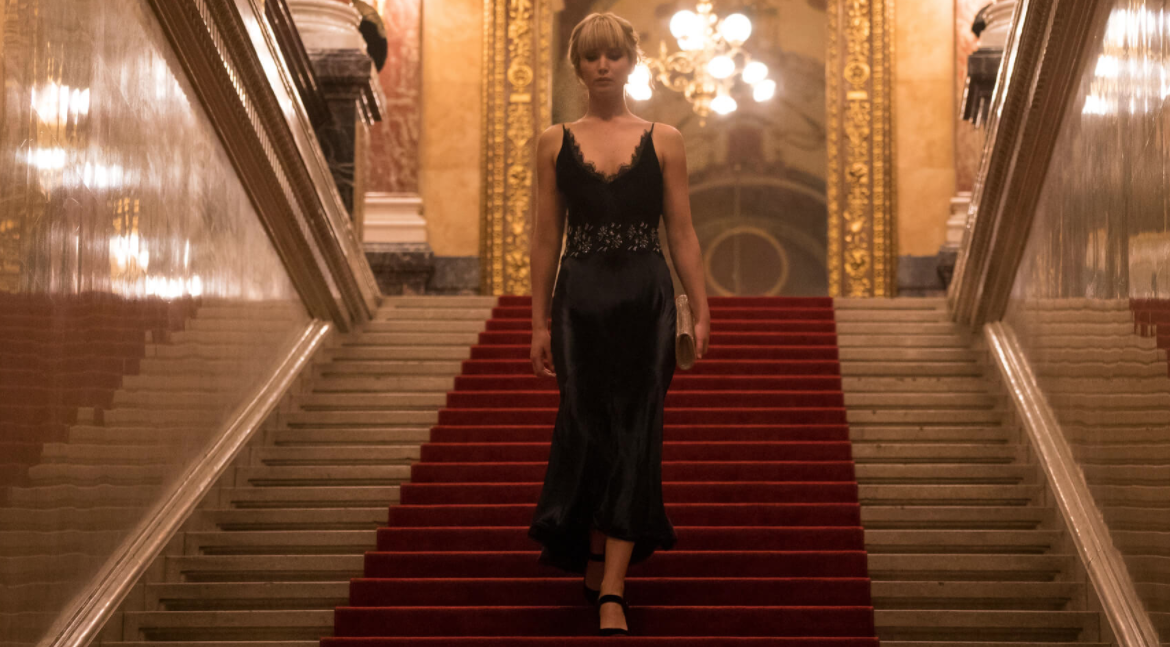 And though Egorov does use her sexuality to manipulate men throughout the film, it never comes off as empowering because there’s the decided impression that men maintain the upper hand. I am not so conservative that I cannot stomach a film with difficult things to say about sex and violence, but a spy thriller made by a filmmaker who doesn’t have a good enough grasp of his difficult subject matter to justify it ought not to force me to stomach it.

Which is a shame, because before Red Sparrow embarks on a furious mission to force its audience to sit through uncomfortable scenes of sex and violence and both (even the straight-up sex scenes are delivered with unrelenting grimness), there’s a certain promise to the atmosphere that Francis Lawrence establishes. The music, by James Newton Howard, reminiscent of classic Bernard Hermann, suggests a sense of classicism that the Moscow setting supports. This is contemporary Moscow, but there’s something about Russia in our cultural perception that keeps it frozen in history.

The Russia in Red Sparrow is a mix of Cold War Russia with hints of the Russian Revolution and romantic Russia thrown in for good measure. Lawrence (the director not the actor – no relation) loves and hates Russia. He revels in the atmosphere that its history and culture begets and is disgusted by the natural villainy of a Russian caricature. I doubt Lawrence could bring himself to make a move set in America in which there is an organisation comparable to The Sparrows.

Egorov is forced to do extreme things, as part of her training with The Sparrows and in her subsequent work as an intelligence operative. They are the variety of extreme things that you might not usually witness in high profile Hollywood productions and certainly extreme things that are beyond the mental capabilities of most of us regular people. Yet we are never offered any insight into what makes her able to behave as she does and perform the duties she does. Who is Dominika Egorov? That we never really find out is a missed opportunity and possibly the crucial failing of Red Sparrow. 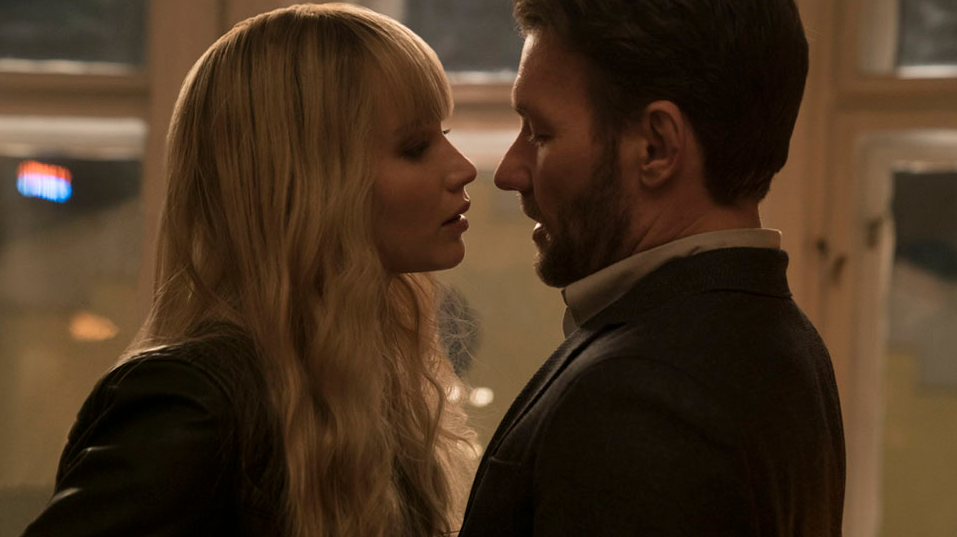 If there is a list somewhere of maddening things that filmmakers keep repeating, implying that a character is one step ahead of the audience while making the audience confused rather than by imbuing the plot or that character with any degree of sense of intellect should be pretty close to the top of the list. How ungrateful is a film that demands concentration only to compensate your focus with confusing clutter? It’s the cinematic equivalent of sleight of hand, if the trick goes on and on without ever reaching the reveal.

“You know what we want to know,” says a torturer to another character towards the end of the film, “but I won’t stop until long after you’re ready to talk.” There’s something unfortunately apt about his words. They were certainly an oblique reflection of my own feelings about Red Sparrow up to that point. Beyond my misgivings about the manner in which Lawrence has handled his more challenging material in this film, Red Sparrow is also convoluted without being intriguing and over-long without being rewarding.