"Roma is life in broad sweeps, and life in intimate details. "

"The shots pan calmly, observantly, across entire locations, leaving nothing to the subjectivity of the filmmaker. "

Roma is life in broad sweeps, and life in intimate details. It is best when it deals in those details, though those sweeps arguably do make up the most memorable parts of Alfonso Cuarón‘s new film. I have forgotten almost all of the my favourite moments, because they are discreet, almost inconsequential, like the parts of life that define you when nobody is looking, even you.

To convey what happens in Roma is to miss the point. Indeed, not much really happens. It’s not even about how it happens, or even to whom, but how Cuarón, his crew and his exceptional cast choose to convey it. Roma is set predominantly in Mexico City in 1970 and 1971. It must be a remarkable viewing experience for those who lived in that time and place considering it imbued me, who didn’t, with a sense of nostalgia for a time and place I know nothing about. 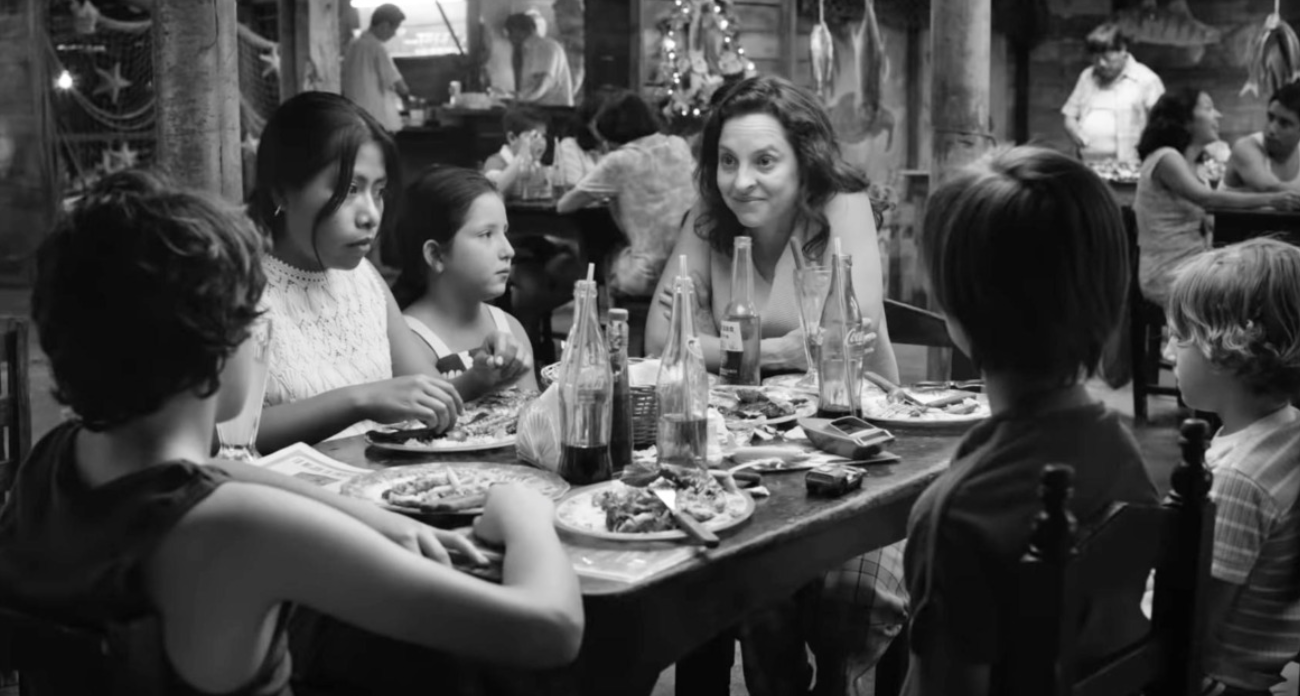 Like another great film from this year, Ted Wilson’s Under the Cover of Cloud, Cuarón’s Roma appreciates and conveys the universalities about life – the stuff we all know. To list the many fleeting moments with which Cuarón cultivates this appreciation would be to render them useless, or to imbue meaning into them that may not be pertinent to you. Cuarón presents information and leaves us to ingest it. It is not hyperbole to suggest that with Roma, he exhibits an understanding of the human condition equal to the very finest filmmakers.

Watch how Cuarón’s camera (he shot the film himself after regular collaborator Emmanuel Lubezki became unavailable) regards his scenes and their inhabitants. The shots pan calmly, observantly, across entire locations, leaving nothing to the subjectivity of the filmmaker. This isn’t life as Cuarón wants to frame it, it’s life as he remembers it, as objectively as he can remember it.

Indeed, much of the film is purportedly based on real memories that the director had of childhood, and of the housekeeper that helped raise him. Here that housekeeper is embodied by the character of Cleo (Yalitza Aparicio), who works for the middle-class family of Sofia (Marina de Tavira) and Antonio (Fernando Grediaga). They have four children and though they may well be based on Cuarón’s memories of siblinghood, you may recognise many of those memories, many of those children, in yourself and your own siblings.

Roma is both succinct and insightful about the positions of both employee and employer, though empathy is never compromised, even when Sofia is taking advantage of her emotional liberties by scolding Cleo when she is mentally overextended. Roma doesn’t evaluate either woman in these situations; it sees life through the dispassionate lens of a movie camera. 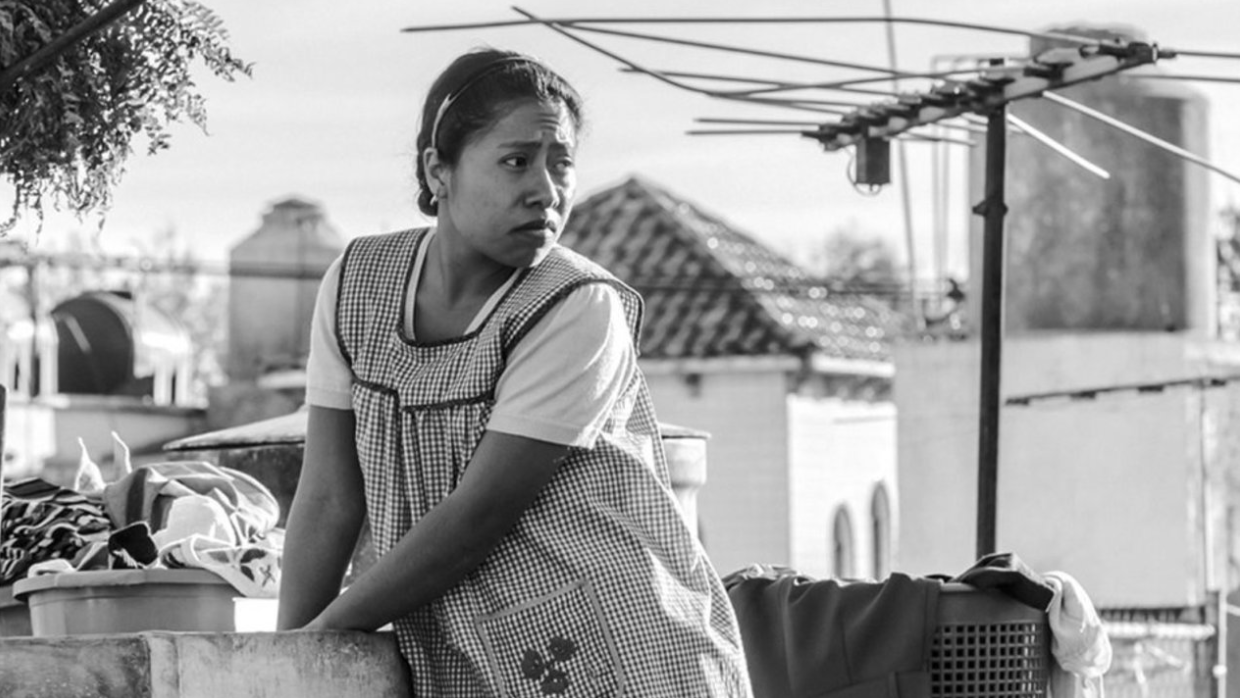 It’s what occupies that lens that makes Roma as wonderful as it is. You’ll spend as much time considering a circus performer being shot out of a canon somewhere in the background, or a close-up of a shattered mug at a party, as you will the central characters and their actions. Somehow, these dominant and these secondary images culminate in a movie that is concurrently powerfully specific and overwhelmingly universal.

Cuarón wants us to notice everything, though it is undoubtedly impossible on one viewing alone. There are innumerable details that exist only to be details, because Cuarón wants us to notice them. There may be a metaphorical significance to the ever present airplanes that soar over Mexico City. IMDb tells me that they are there as a symbol of a transient situation, suggesting “that there’s a universe that is broader than the life that these characters have.” But as details, without meaning, the planes are just as wonderful.