"Once you notice things that are not really up to par, you can’t stop noticing them."

"In its best moments, Royal Jelly will remind you of some of the queasier scenes in David Cronenberg’s The Fly. "

Low budget horror has the potential to be interesting if the idea is good, even when the execution is wanting in spots, particularly those spots not related to horror. That’s a good encapsulation of Royal Jelly, Sean Riley’s film that has some deliciously icky body horror regarding the cross-pollination, if you will, between humans and bees. What’s more, it feels like a somewhat original concept. Unfortunately, when appraising this movie for the possible consumption of others, you can’t really overlook those shortcomings in the execution department. 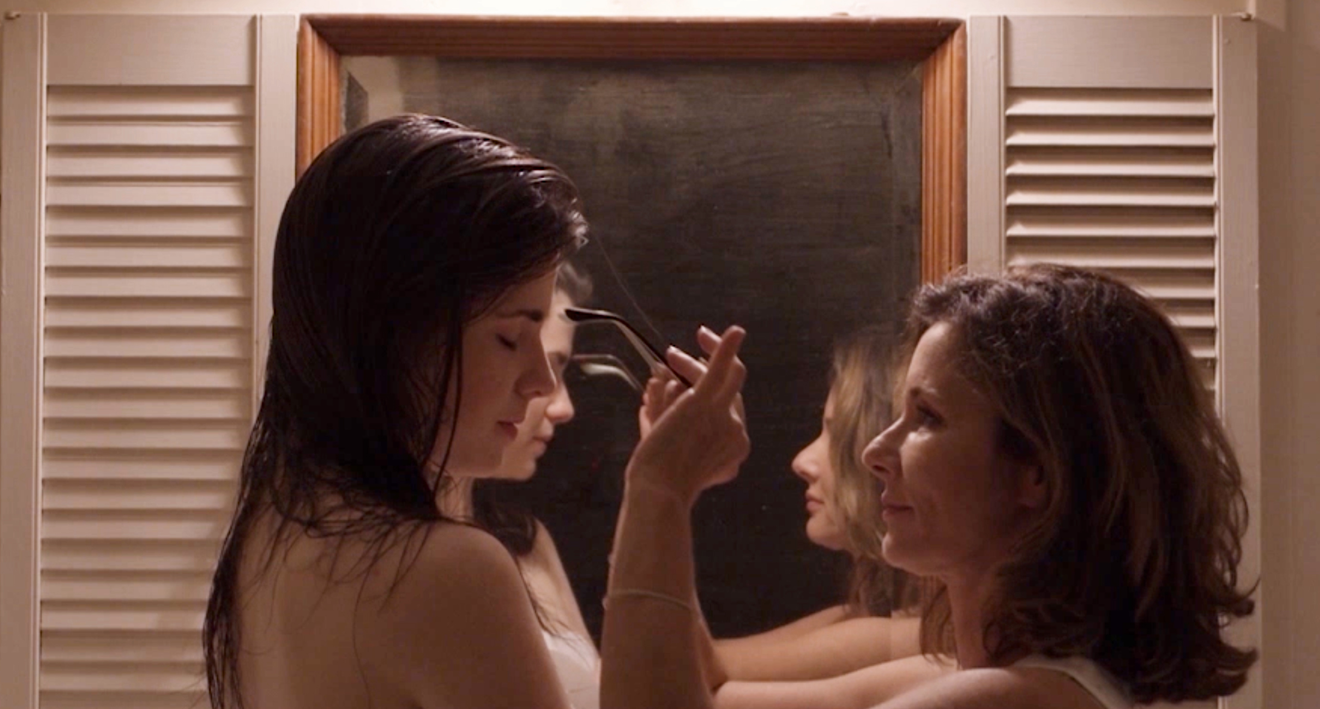 While the bee part is distinctive enough, the rest of the setup is pretty familiar. Aster (Elizabeth McCoy) is a teenage outsider who gets picked on by the popular girls, and making this problem more acute, one of these is her own wicked stepsister Drew (Raylen Ladner). Aster is an amateur beekeeper who makes her own honey, one of the few things that gives her joy as she also mourns the loss of her mother, and her father’s remarriage to a woman who constantly belittles her.

Enter a new mother figure – a queen bee, if you will. This is her new substitute teacher, Tresa (Sherry Lattanzi), who will defend Aster when her own father won’t. After Drew again tries to mess with Aster during class, Tresa shuts her down in no uncertain terms. It’s when Tresa crosses the line between teacher and student that Aster might start to clock her inappropriate behaviour, if she didn’t need both a mother figure and a friend. Tresa invites Aster out for dinner, then to buy several dozen eggs to throw at the home of one of the popular girls. When the bully’s retaliation destroys Aster’s prized beehive, it’s Tresa who is there to whisk her away from all this – for nefarious purposes that are not totally human.

Royal Jelly is really rocky in its early scenes. McCoy and Lattanzi are convincing enough in the lead roles, but the secondary performances are the things that really stick out when the resources aren’t there to get the best talent. It feels a bit too particular to harp on those things when the film’s financial realities are considered, but they do contribute to the whole, and they are not good. Once you notice things that are not really up to par, you can’t stop noticing them. That includes bad lighting choices, shots that are off centre to no purpose, and an intrusive score that calls attention to itself in the wrong ways.

There’s also some clear under-thinking going on here, some of it unimportant except in how it points up an overarching carelessness in the filmmaking. Aster talks to her father about how they both miss her mother, suggesting that she died fairly recently. Except Aster also refers to Drew as her half-sister, which is a biological relationship, as opposed to stepsister, which is a relationship by marriage. (I referred to her as a stepsister earlier to correct the film on what it thinks it means.) How could Aster’s father have also fathered a daughter Aster’s age if Aster’s mother only died recently? Or if Aster’s mother died when she was a baby, how could Aster dwell on her absence? If her father had a second family Aster’s whole life, they definitely needed to talk about that, because that’s messed up.

Fortunately, the film has the wisdom to excise many of these problematic elements and focus down to the two leads for most of the second half, with a few side characters who enhance their relationship rather than detracting from it. As the film begins to literalise the dynamics of a beehive among its human characters, we get plenty of the gross horror ingredients we signed up for: extruded honey-like liquid (the royal jelly of the title), skin rashes that take on the aspect of honeycomb, and larvae – gag-reflex-inducing larvae.

In its best moments, Royal Jelly will remind you of some of the queasier scenes in David Cronenberg’s The Fly. The fact that the effects are not always equal to the ideas – especially in the finale – is the sort of thing you’re happy enough to forgive by that point. Most horror fans can get behind DIY horror, as it hearkens back to early Sam Raimi and the other idealised practical beginnings of the genre. Far better than low-budget CGI, in any case.

Still, it’s impossible not to conclude there are other DIY independent horror directors out there doing it better than this, making it similarly impossible to really recommend Royal Jelly. Horror fans have other places to turn if they want body horror that’s better equipped to exceed its budgetary limitations.