Pete (Wallaby) is twelve and lives at an old, abandoned outdoor cinema with his grandfather Jagamarra (Gulpilil). He scorns the bush skills his grandfather tries to teach, and dreams of opening a restaurant with his mother when she finally returns to him from the big city. But told his home is going to be torn down by a mining company, Pete is determined to save it and keep his dream alive. He sets of for the city to talk to the mining bosses in person with his friend Kalmain (Joseph Pedley), who is in trouble with the police for petty crime. The two soon become lost, and Pete has to remember his grandfather’s lessons in order for the two boys to survive. 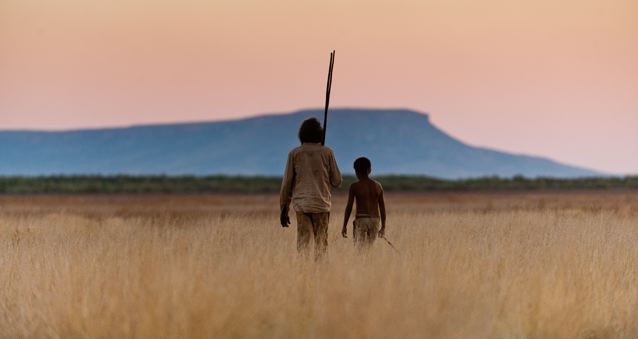 McKenzie calls her film an allegorical tale, and there are a lot of subtle, nuanced themes at play in the film that come together to make for a truly special, heart-warming tale. In one sense, it’s a coming of age story, as Pete travels the land and faces certain facts about his life. As mentioned above, it touches on various aspects of Aboriginal culture and lifestyle, both modern and traditional aspects. But the most prominent aspect, and the most emotional, is the focus on the relationship between Jagamarra and Pete, grandfather and grandson.

Pete, in the films beginning, is far from appreciative of his Grandfathers lessons and tells him so. He is angry and missing his mother, and he would much prefer to spend time riding around on his bike with Kalmain. Jagamarra is calm, and Gulpilil plays the role with such a sense of serenity. His love for his grandson is constant and it is nowhere better demonstrated in a scene in the film while the boys are lost. While Pete and Kalmain sleep in a satellite dish under a starry sky, kilometers away Jagamarra calls to the sky ‘Where is my grandson? Where have you taken him?’ It’s a powerful moment. 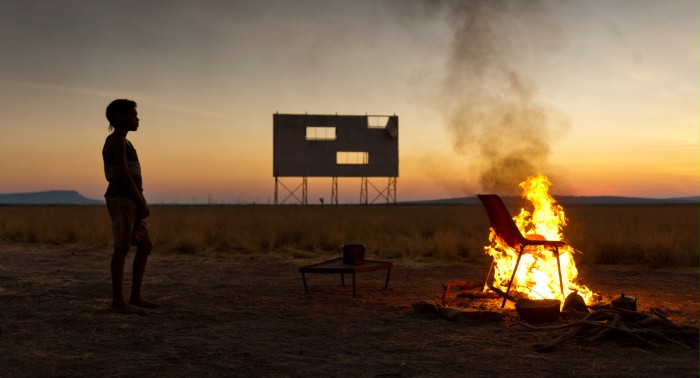 The film itself is beautifully shot, the landscape looking so raw, harsh and beautiful – but at the same familiar and welcoming. The land is not the enemy here – as Pete remembers his grandfather’s lessons, the land provides for the boys. There are several scenes and shots that put me in mind of other great Australian films (one scene that reminded me very particularly of Picnic at Hanging Rock and a homage to Walkabout). The soundtrack too, is perfectly suited – at times ethereal, at others pulsing with the atmosphere.

The performances are all superb – even without the presence of Gulpilil to lift them, the two boys are incredible, especially considering it’s their acting debut, and the interaction between Gulpilil and Wallaby was something special. I’d be lying if I said the film didn’t bring me to tears at one point.

Satellite Boy is more than likely going to become an instant classic, and a supremely enjoyable tale of love and family. It has something for everyone.