Window to the soul. 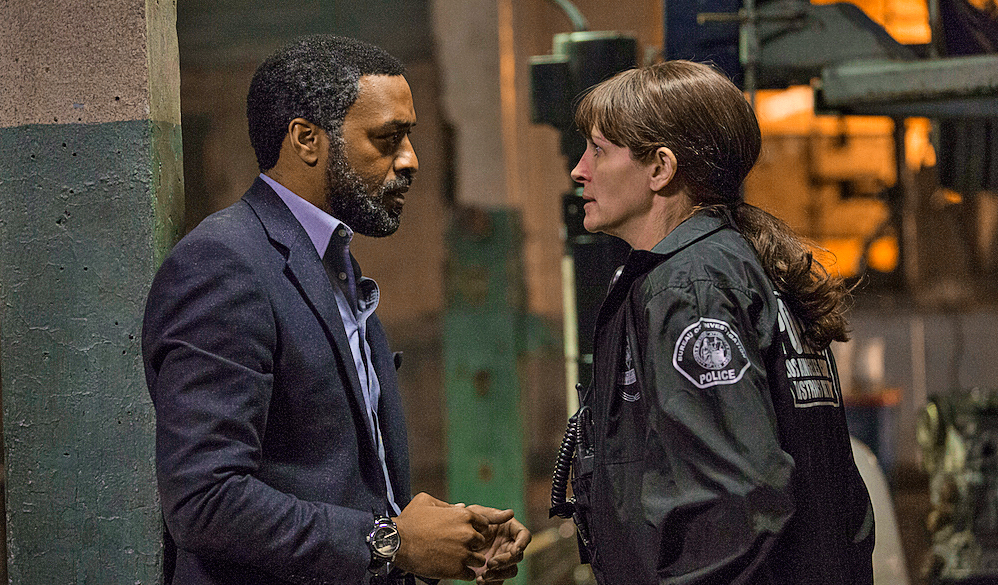 By their nature, remakes can never escape the presence of their predecessors. Even fortunate remakes, even remakes that surpass the originals, will always maintain some connection to their inspiration. They must, otherwise they wouldn’t be remakes. We don’t notice in David Cronenberg’s The Fly or in John Carpenter’s The Thing because in both cases the filmmakers have brought enough original thought to their films that the connections are subsequently relatively unimportant. We do notice in Christopher Nolan’s Insomnia, because the release wasn’t so long after the 1997 original film was in theatres and there are a lot of superficial similarities between Nolan’s film and Erik Skjoldbjærg’s. We even notice in Martin Scorsese’s The Departed, despite aesthetic differences to Andrew Lau and Alan Mak’s Infernal Affairs. Scorsese has claimed to have never seen Lau and Mak’s film before he shot The Departed and yet the plot, from a script by William Monahan, based on the original script for Infernal Affairs, is too comparable for Infernal Affairs not to occupy Scorsese’s film.

Billy Ray’s Secret In Their Eyes is based on Juan J. Campanella’s widely admired Argentinian film, The Secret In Their Eyes, which bested both Michael Haneke’s The White Ribbon and Jacques Audiard’s A Prophet for the Best Foreign Language Academy Award in 2010. Campanella’s original suffocates Ray’s remake as you might expect of a film so esteemed and so recent. Ray might have actually made a better film than the original, which was an unfocused, bloated melodrama, but Campanella’s presence is unavoidable; a thorn in Ray’s side. Secret In Their Eyes tries to break free of expectations by reworking the famous scenes, like the chase in the football stadium or the illegal search of the house of the interrogation but by including these beats in the first place, Ray prevents his own film from becoming his own film.

Both films follow two periods of time in the lives of a number of New Yorkers intertwined by a brutal rape. The earlier setting in Campanella’s film was the Argentinian Dirty War. Ray uses the years following the September 11 attacks in 2001 to frame the rape in his story and somehow promotes anti-Muslim sentiment as he does it. “Everyone knows those assholes want to hit L.A. next!” one character exclaims, apparently referring to Muslims in general. Mosques are viewed with ambiguous distrust, as though they’re ticking time bombs, full of potential subjects. It’s a minor element of Ray’s film, but it’s a peculiarly insensitive one. 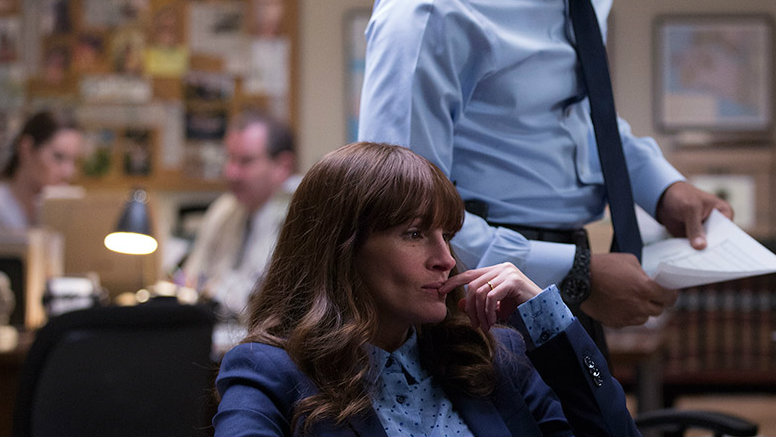 Instead of federal agents attached to the rape case, the protagonists, Ray (Chiwetel Ejiofor), Claire (Nicole Kidman) and Jess (Julia Roberts) are part of an anti-terrorist force. It’s an awkward departure from the original, adding unnecessary mess to an already swollen narrative. The team, led by Kidman’s Claire, is called to investigate a homicide that has occurred just outside the mosque they’ve been surveilling. The victim is Jess’ daughter. The rest, just like in the original, is a mess of haphazard storytelling, implausible motivations and ridiculous behaviour.

There may be something inherent about these English language remakes, so close to the release of the original, that stifles creativity. All film is business and yet these remakes are more conspicuously so, unless Hollywood executives genuinely believe they can offer more than a foreign filmmaker has just a few years earlier.

The popularity and critical regard for The Secret In Their Eyes has puzzled me since I eventually caught up with it earlier this year. It was a silly film pretending to be something more, and so is Ray’s remake. Many of the problems that I had with this film were very similar to the one’s I found impeded my enjoyment of Campanella’s original. According to the internet, I’m on my own in my disinterest in The Secret In Their Eyes, so perhaps Ray’s remake will leave me equally isolated.