"Before you roll your eyes and say 'Oh great, yet another knock-off of Clueless or Mean Girls,' wait for the modern makeover to kick in. "

"Wilson’s gift for lacerating comments and endearing cluelessness tells us that nothing’s ever going to get too serious here, but that doesn’t mean the film doesn’t take the characters seriously."

It must be a relief when actors with a certain shtick find a role that plays to their comedic tendencies. Not every role is right for Australian comic Rebel Wilson, for example; her core persona, that of an ironic troll with a taste for the wicked and raunchy, has a pretty narrow range of possible applications. People cast Wilson in movies because she’s Rebel Wilson and she’s hilarious, not because the identity she’s cultivated is suited to a realistic setting or normal modes of human interaction.

So it really helps when the setting is unrealistic, but just clever enough and high concept enough for viewers to indulge in a willing game of “What if?” That’s Senior Year, the new Netflix comedy that’s a perfect vehicle for Wilson. In it she plays a 37-year-old woman who was dropped in a dreadful high school cheerleading accident and has spent the ensuing two decades in a coma. Two-decade comas are about as out-there as it gets; they do happen, but the exorbitant costs alone make most families loath to support such a long-term commitment to such a medically unlikely positive outcome. But as a Rebel Wilson movie? Hells yes!

See, when Stephanie – played as a 17-year-old by fellow Australian Angourie Rice – does return to improbable consciousness, it makes perfect sense that she’d be stunted in the state of juvenile cheekiness mixed with confrontational vulgarity that’s Wilson’s bread and butter. Your mind doesn’t mature during a 20-year bout of unconsciousness, so it also makes sense that the awakened Stephanie still has the same ambitions as in her last waking moments – to become captain of the cheerleading team and be voted prom queen. Granted, these were only 17-year-old Stephanie’s desires because being spurned by the popular kids, specifically a mean girl named Tiffany, skewed her natural priorities and instincts toward being a good friend to her loyal but unpopular mates.

Before you roll your eyes and say “Oh great, yet another knock-off of Clueless or Mean Girls,” wait for the modern makeover to kick in. Senior Year takes playful aim at the way our high schools have become infinitely more woke in the two decades since Stephanie’s fellow cheerleaders missed catching her, maybe at the behest of a vindictive Tiffany. And Stephanie is going to experience this up close and personal, as she’s decided she needs to return to school to get her diploma and pick up where she left off – an initiative she can make happen because her unpopular best friend from school, Martha (Mary Holland), is now the principal. Her other friend Seth, played by Sam Richardson, is now the librarian, and Tiffany (Zoe Chao) is now married to the pretty boy, Blaine (Justin Hartley), that Stephanie was dating when the accident occurred.

So how exactly has this school changed? Not only have the titles of prom king and queen long since been banished – though they do still hold a prom – but the cheerleaders are no longer popular. In fact, some of the nerdiest academics and other young strivers now do the 2022 version of cheerleading, which doesn’t occur at sporting events, which doesn’t involve skimpy outfits or suggestive moves, but which contains hilariously progressive self-help and social justice messages chanted in the same syncopated rhythms. Naturally, Stephanie with her 2002 notions of gender politics and social strata is just the shock to the system they need as an antidote to their seriousness, while she’ll hopefully do some growing up under their tutelage. 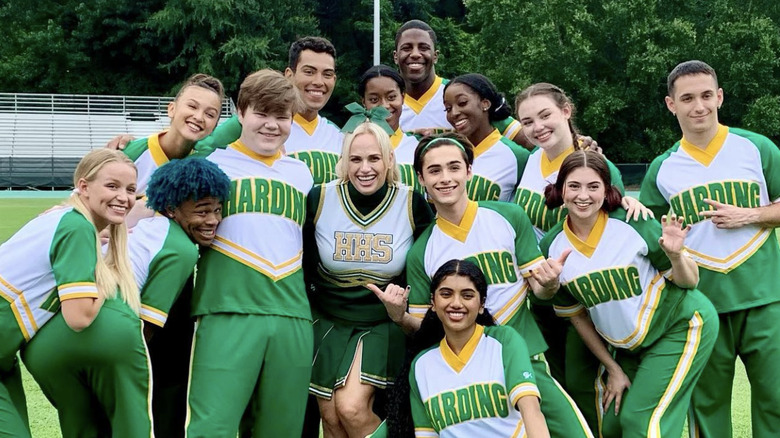 Director Alex Hardcastle has worked on a variety of TV sitcoms where a character played by Rebel Wilson would fit right in, and that’s made him a good candidate to get the most out of Wilson and out of the script by Andrew Knauer, Arthur Pielli and Brandon Scott Jones. Despite those four collaborators all being men, they’ve done a credible job giving us a film that’s mostly about women without either shortchanging them or putting them on a pedestal. While the earlier scenes predictably lean on the stereotypes of coming-of-age movies from 25 years ago, those scenes exist to blow up such tropes later on. When we are inevitably introduced to the modern-day popular girl who is going to clash with Stephanie – who is Tiffany’s daughter, Bri (Jade Bender) – she’s not a plastic beauty, but rather, a savvy social media influencer with sophisticated tastes, defensible opinions and cool outfits. She’s going to show more dimensions than we might initially expect, as is the principal Martha, a standout among the adult characters in the hands of the gifted Mary Holland.

Wilson’s own gift for lacerating comments and endearing cluelessness tells us that nothing’s ever going to get too serious here, but that doesn’t mean the film doesn’t take the characters seriously. It delivers jokes that land without being cruel, which manage to have it both ways – both acknowledging the ways we’re too sensitive today to any possible offense, while also illustrating just how backward the politics of the cheerleading team once were. It’s all sewn together with sharp one-liners and sharply observed truths, plus of course Wilson doing her thing. 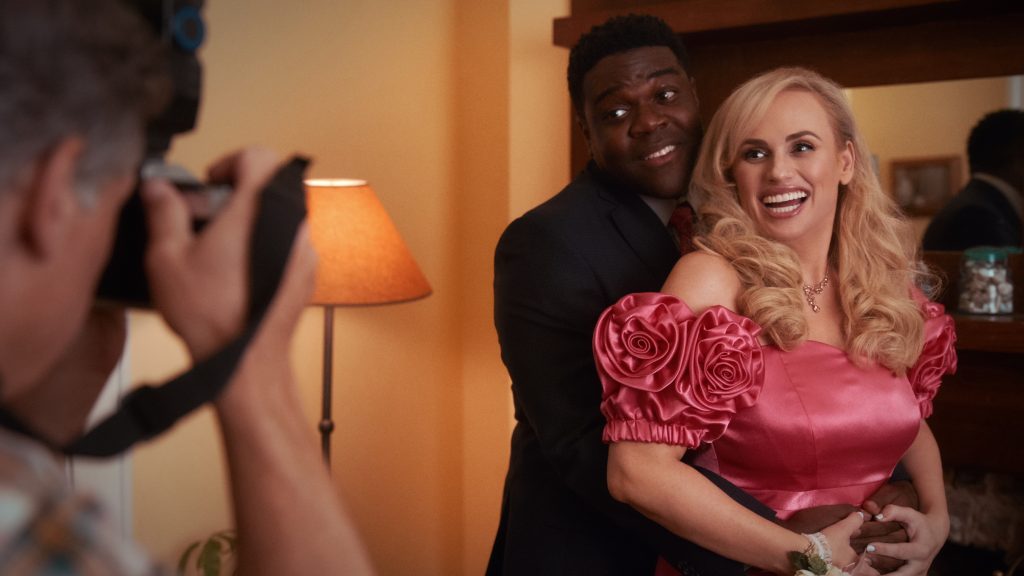 Because the film has its heart in the right place, it doesn’t let what would “really happen” undercut the proceedings too much. No, it doesn’t seem particularly likely that a bunch of current 17-year-olds would open their arms to a woman who could be their mother and who might be slightly brain-damaged, just because she didn’t get closure on her own high school experience. Yeah sure, they’d probably just shun her, if the school even allowed her to enrol in the first place. But a comedy goes down smooth on a Friday night not because it’s depicting a stringent version of reality. It’s because it makes you laugh, and also, if you’re lucky, because it contains half the on-point observations about young people – both back then and today – that Senior Year has.