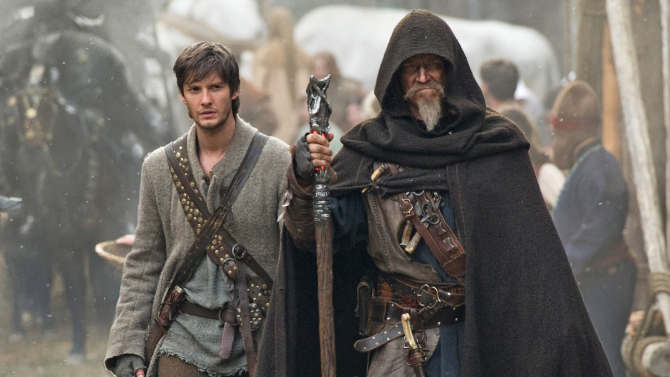 Sometimes a handful of slight changes can have a tremendous effect. With a few amiable tweaks here and there, Seventh Son might have been a far superior film. As it stands it’s a particularly unimpressive work, despite lofty ambitions. There’s a lot to be admired about Sergei Bodrov’s production, which is a very loose adaptation of Joseph Delaney’s fantasy novel The Spook’s Apprentice (renamed The Last Apprentice: Revenge of the Witch in America after the word ‘Spook’ was, for some extraordinary reason, deemed too offensive), but anything of quality in the film is entirely suffocated by an appalling script. These are rookie mistakes and it all might have been salvaged with a few moments of creative consideration.

A malevolent witch, Mother Malkin (Julianne Moore), is imprisoned in an underground chamber by Master Gregory (Jeff Bridges), the last of a knightly organisation, known as the Spooks, who have been in charge of defending humanity against supernatural threats for centuries. After many years in the prison, we’re informed that Malkin’s powers have grown to a point to which she can escape. Hell hath no fury like a Malkin scorned, especially when it’s all as poorly explained as this, and she sets about plotting her revenge against Gregory as well as, as these sort of characters tend to do, setting a course for world domination. Witches are bad, we’re told. Then we’re told they’re not all that bad. We never care either way.

Mourning the death of his apprentice by fire and in need of a new neophyte to help him defeat Malkin for the second time in his life, Gregory turns to Tom Ward (Ben Barnes), the seventh son of a seventh son. The significance of this particular figurative selection process is never made clear, although the authority of the regulation is accepted readily by everyone involved. “Remember, all you ever need is inside you. Just don’t be afraid to look,” Ward’s mother (Olivia Williams) sagely advises him before sending him off packing with Gregory. It might be a good piece of guidance, if it had anything to do with what came before, what comes after, the narrative or indeed any of the characters involved. The words, like a lot of Seventh Son, are the result of  filmmaking without thought or reason. 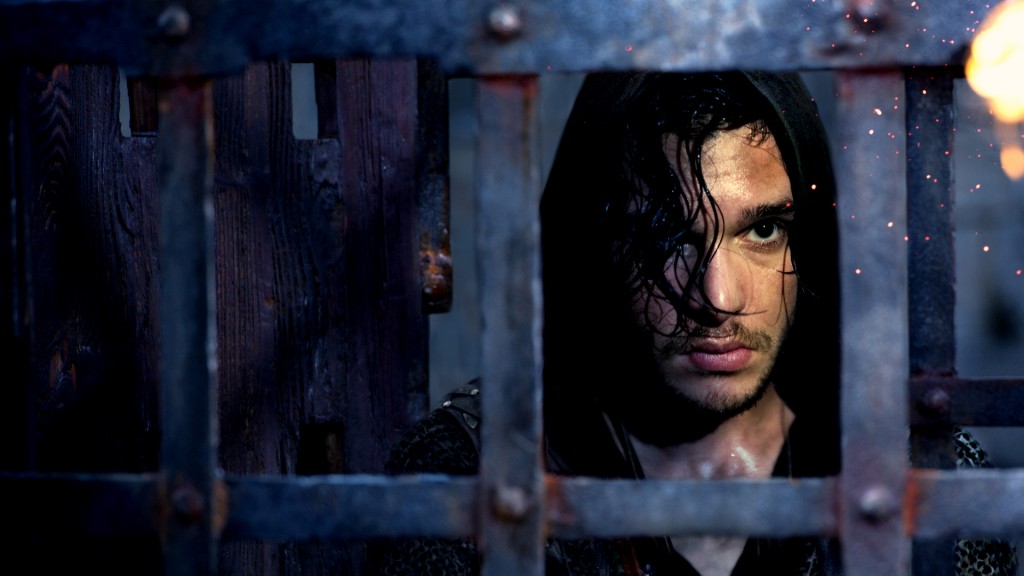 In the hands of Barnes, Ward is an excruciatingly dull screen presence, particularly in comparison to Bridges’ eccentric performance as Gregory. In another film, a better film, Bridges might have been awful and inappropriate but Seventh Son is so lifeless that the bizarre energy he brings to the role is welcome. Moore’s Malkin is cut of an ancient and fatigued villain mould, although her effortless skills as a performer somewhat redeem the laziness of the screenwriters. Alicia Vikander is wasted as the vague love interest, the actress given nothing to do other than be distractingly attractive, which she does well, and leaves the distinct impression that she would have done well with a more rewarding role.

Seventh Son is a victim of its own eagerness toward tired fantasy conventions and the unwillingness on the part of the filmmakers to exert themselves creatively. There’s an awful self-consciousness to the rare moments in which Bodrov’s film endeavours to distinguish itself from the ocean of fantasy platitudes, rendering them not only forced but curiously uncomfortable. Individual shots are beautiful but hints of strong characters and situations frustrate rather than satisfy. It’s difficult to imagine that Bodrov, whose films Mongol and Prisoners of the Mountains were both nominated for Best Foreign Film at the Academy Awards, could be too pleased with the form Seventh Son has taken.