Troubled teens and people with dark pasts are far from new subjects for the silver screen, but rarely do we see them explored in such a graceful, beautiful way; rare is it that a film can be so profoundly heartbreaking, yet uplifting. Short Term 12 is truly special.

Grace (Brie Larson) is a supervisor at foster care facility ‘Short Term 12’ for teenagers, where she works alongside her long-term boyfriend Mason (John Gallagher Jr.). Experienced, no-nonsense, but kind, Grace has seen it all. One day, a troubled teenage girl named Jayden (Kaitlyn Dever) arrives at the centre, and she and Grace form a strong connection. Jayden’s arrival causes long buried and ignored memories to suddenly force themselves to the forefront of Grace’s mind, leaving her to deal with emotions and possibilities that could turn her world upside down.

Short Term 12 is sometimes a raw, emotional experience, but never does it seek to leave you feeling lost or dejected. There is always that touch of hope to be had, even in the midst of some the saddest, most painful experiences a human can go through. Everything is beautifully written (and filmed) – the style is deceptively simple, honest, and it doesn’t overload the audience with overly complex detail or melancholy thoughts. Still, Short Term 12 isn’t afraid to explore the many aspects of human life and fragility. 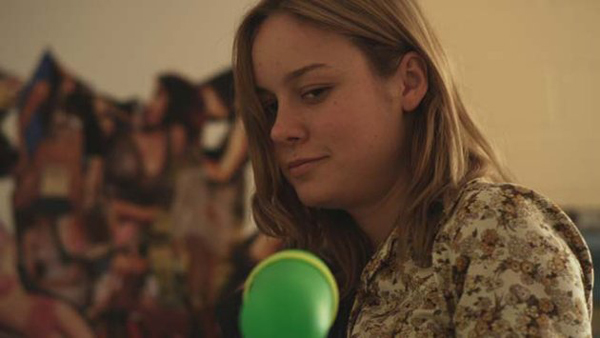 We come into the story much the same way as the character Nate (Rami Malek), who is young, perhaps a little naïve, and when we are introduced to him, working his first day at the foster centre. We get to know a small group of these kids one by one – their problems, insecurities, hopes – and in doing so, we grow to care about them. It is sometimes shocking to them so broken; I imagine this would hit very close to home for a lot of people, and all the actors put in absolutely heart-wrenching performances. Characters like Sammy (Alex Calloway), who suffers from some deep emotional trauma, and Marcus (Keith Stanfield), abandoned by his mother and soon to face life on his own when he turns eighteen, will stay with you for a long time. You could be laughing with them at their joys one minute, and brought to tears the next.

The glue that holds this story together is Brie Larson. Her performance is strong, assured, and endlessly moving. The chemistry that her Grace has with the kids, with Mason, and especially with Jayden is palpable. She brings a tremendous sense of depth to a character who is, almost as much as those in her care, withdrawn and emotionally closed off from those dearest to her. As she opens up piece by piece, the audience’s compassion for her and connection to her only grows.

Short Term 12 is an absolute gem of a film, and one I hope to see again and again. It leaves you wanting to become intimately familiar with it, and with its unique and endearing characters. Warm, funny, touching, and heart-rending, this is simply a gorgeous and glorious piece of cinema.