“I didn’t make being a priest – in fact, I was ejected from the seminary. But then I thought: when one has a vocation, does it have to be clerical? Can’t you act out those tenets of whatever you believe in your own life without wearing a priest’s collar? And that’s something I have been struggling with – and trying to deal with as best as I can – for my whole life since then.” – Martin Scorsese

As a younger man, living in Little Italy, Martin Scorsese wanted to become a priest. He became a filmmaker instead and though we will never experience the priest he might have become, its hard to argue against the fact that the world is better off for his decision. Faith has, however, remained in his Scorsese’s life as a feverish undercurrent in his body of work. Violence may be the most notable outward characteristic of Scorsese’s movies but the church is an infiltrating motivation for many of his characters. Scorsese is haunted by interior battles of faith. The Last Temptation of Christ was enormously controversial at the time of its release, for interpreting Jesus Christ as riddled with doubt and conflict regarding his impulses as a man and his divine qualities. 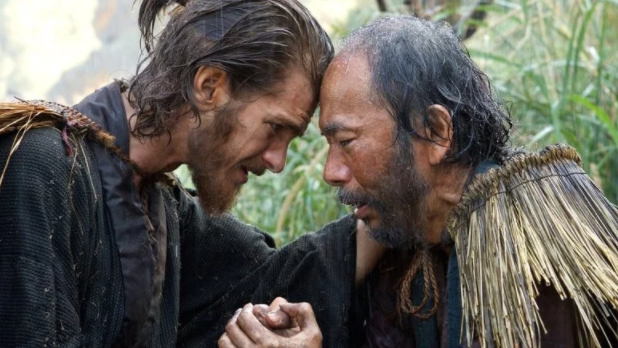 Scorsese read Shusaku Endo’s novel, “Silence”, more than a quarter of a century ago, when he was entangled in controversy for the content of The Last Temptation of Christ, and has spent the subsequent years trying to adapt it. In many ways, Silence is a culmination of themes that have plagued Scorsese films for his entire career. Two young priests, Sebastião Rodrigues (Andrew Garfield) and Francisco Garupe (Adam Driver), set off to Japan in search of their old mentor, Father Cristóvão Ferreira (Liam Neeson), who is rumoured to have apostatised. Once there, the two men find themselves immediately in danger, as Christianity has been outlawed across the nation, the devout persecuted by figures known as Inquisitors. Rodrigues undergoes an evolution in his beliefs, struggling to reconcile his love of God with the hardship he witnesses and endures.

So, faith is a compelling subject to Scorsese, but it isn’t to everyone. A great film can unearth the significance in remote topics. Errol Morris’ Gates of Heaven unveiled the animal burial industry and made it relatable to anybody by associating it with questions regarding mortality. The way in which Scorsese presents faith in Silence is alienating to an audience that does not share the beliefs of its central characters. Crises of faith is universal, even to the unspiritual,, but long passages in which Rodrigues and Garupe consider their relationship with God will isolate the film from many audience members. Bergman’s masterpiece, Winter Light, has adequately demonstrated that steadily devout content can be compelling. The fault is in the film, not the subject.

Silence explores the relationship between the joy of faith and the suffering that it can beget. It’s also about the close relationship between belief and doubt. Is there an arrogance to faith, Scorsese wonders? Rodrigues and Garupe believe that they are bringing the truth to Japan but Japanese authorities have concluded that their sermons are dangerous to Japanese culture. Is the truth behind faith ugliness and weakness or is there such thing as true faith? The question drive Silence, and the answers remain appropriately ambiguous.

Regrettably, in his earnestness, Scorsese has disregarded, to an extent, his natural ability for engaging filmmaking, a field in which he is arguably more gifted in than any other filmmaker. Silence is not an easy film to watch. If it were easier, the ideas that Scorsese is probing might have had more impact. The casting augments this issue, as Rodrigues in Garfield’s hand simply is not a powerful enough presence to act as a way in for Scorsese’s sophisticated intentions. Of the cast, only Tadanobu Asano distinguishes himself as able to both engage and explain. 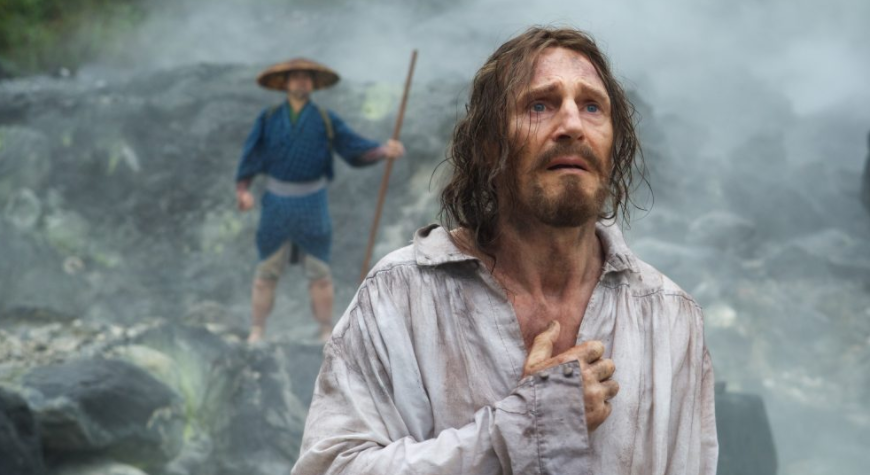 Silence is two halves; an adventure story and a reflection on faith, but where each half might have enhanced the other to bring about a masterpiece, instead they wear each other down, diminish their impact. “You use the truth like poison,” Rodrigues accuses one character, who comments in return that its a funny allegation for a priest to make. Silence is an arduous film crowded with fascinating ideas.