Dancing in the Sing Street. 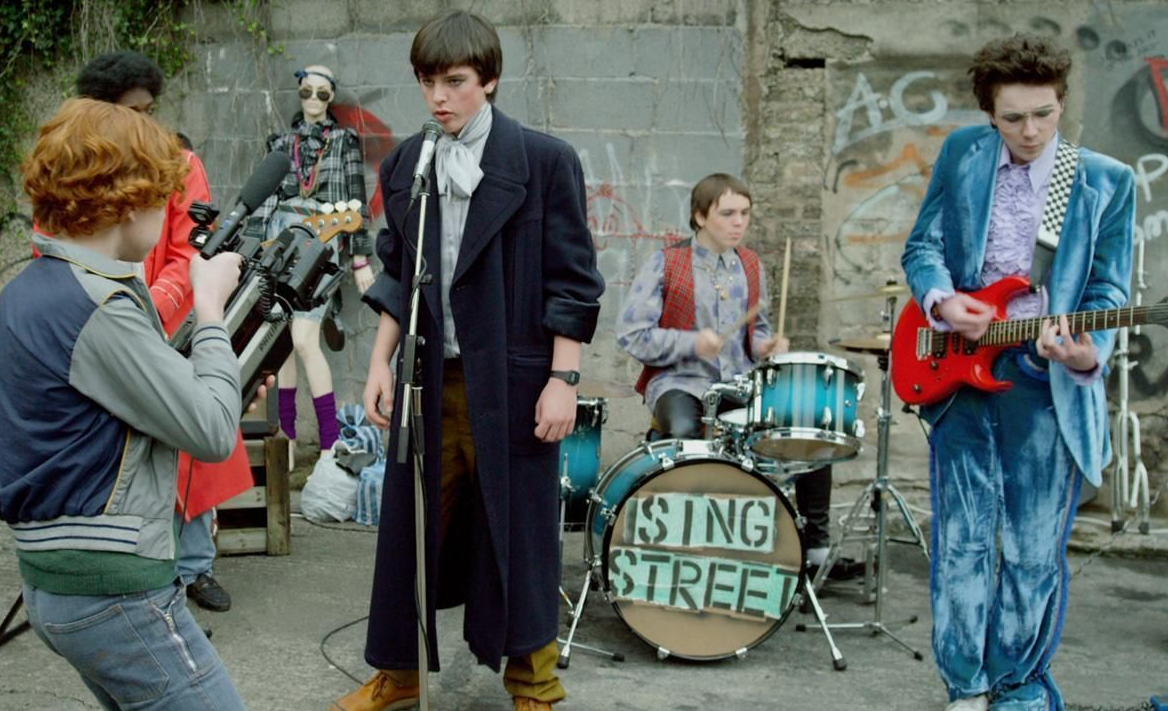 Charm is not an easy thing to fabricate. John Carney’s Sing Street has it in spades. Yet that charm is caught sight of in an unlikely place. In the words of 80s pop star Paul Young, Carney is on the search for hope in a hopeless world. The film is set in inner-city Dublin in the mid-1980s. It wasn’t a happy time, economically speaking. Employment was down and misery was up. The Irish were flooding to London in droves in search of better fortunes. Some of the best art has come from misery.

Negative sentiment flows through cinema naturally. There’s the famous adage in Hollywood, that may or may not have spawned from the Miracle on 34th Street actor Edmund Gwenn, that drama is easy but comedy is hard. Trying to make people feel good is a whole different ball game altogether. Think about Frank Darabont’s The Shawshank Redemption. That film is remarkable because it’s an uplifting story about an innocent man who spent three decades in a brutal prison. Sing Street is charming because it appreciates beauty amidst ugly surroundings. It’s a feel good film set in a place in which nobody was feeling good.

The beauty is in music, and its discovered by Conor (Ferdia Walsh-Peelo). His parents, Robert (Aidan Gillen) and Penny (Maria Doyle Kennedy) are unhappy in their work and in their relationship. Money is tight. Robert announces that they are taking Conor out of his expensive fee-paying school and relocating him in a free state school. The establishment, both in terms of narrative and the school itself, is familiar. Conor is bullied because he’s a posh outsider. The teachers don’t make it any easier. Then he meets Raphina (Lucy Boynton), and older girl, who says she’s a model but spends most of her day loitering on the street. He thinks she’s beautiful and asks her to be in a music video for his band. She agrees. He doesn’t have a band. 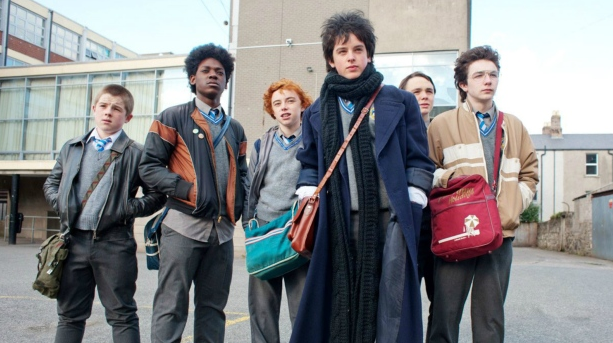 It doesn’t take long to put one together. Being in a band in high school was the dream, whether you played an instrument or not. Some of the most appealing moments of Carney’s films come about as Conor gathers band members. There’s Darren (Ben Carolan), the band manager and videographer, Eamonn (Mark McKenna), the multi-instrumentalist and co-composer, Ngig (Percy Chamburuka), the keyboardist they presume can play an instrument because he’s black. And then there’s Larry (Conor Hamilton) and Garry (Karl Rice), who see Conor’s ad for band members on the notice board at school and know it’s something that they were meant to be a part of.

The band, who dub themselves ‘Sing Street’, are responsible for the most uplifting ideas in the film. It’s the concept of a love of something, in this case 80s pop music, transcending space and situation. Have you ever loved something as much as Conor loves music? Sing Street thinks that you’re crazy if you haven’t. Less interesting is Conor’s growing relationship with Raphina, which is where Sing Street‘s tenacious adherence to formula is most obvious. Far more enjoyable are the personalities of the band members. How are they navigating adolescence? What does the band mean for them? Each of the boys have distinct and engaging personalities that shine through in the woefully brief screen time that they are offered. There is opportunity lost whenever Carney focuses on Conor and Raphina’s relationship, which is too frequently.

Sing Street is charming. It’s the sort of film that provokes nostalgia for times you may never have lived in and places that you may never have been.  John Carney loves music, but he understands that there’s something intangible that connects all forms of passion. Sing Street is the film counterpart of a catchy pop tune. It’s fun, it’s light, it will stay in your head and you’ll be glad that it exists amongst all the gloomy art that the world has to offer.