"Over the past decade, Marvel has amplified the awareness of cinema as a product."

"The fun in Far From Home is all in the details rather than the broad strokes. "

Over the past decade, Marvel has amplified the awareness of cinema as a product. Considering a Marvel film is a bit like considering a 7/11 pie. Variation in quality only occurs within the set framework of the 7/11 pie. Some are staler, some are crisper, but they are all 7/11 pies, designed to produce an almost identical response in its consumer. I happen to like 7/11 pies more than Marvel films but that’s probably because I’m a lot more passionate about films than I am pies. A constitutional lack of soul in pies doesn’t really bother me.

Reviewing a product that is limited by its framework becomes difficult when you have already written at least a dozen reviews on that product. I once had to write a series of reviews about eleven different USB sticks for a gadget magazine. I was given the mandate of making each review different, which I’m sure you can imagine was a daunting task considering that the functionality of every USB stick starts and finishes with being a USB stick. There are now twenty-three Marvel Cinematic Universe films. How much more could you possibly have to say on your twenty-third review of a 7/11 pie? 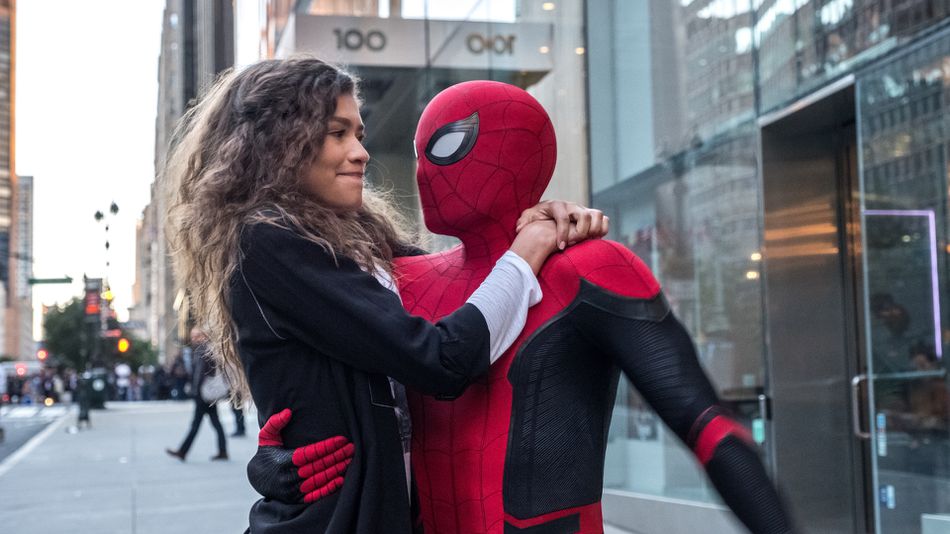 But as I have with many pies and some USB sticks, I found myself enjoying Spider-Man: Far From Home, the latest addition to the MCU. Though Marvel’s conditions of filmmaking ultimately render most of its films void of a sense of genuine artistic satisfaction, Far From Home is happy enough throwing enough shit at the wall to see what sticks. Quite a lot of it does. The shit that doesn’t stick is generally immediately spattered with more shit that sticks fine. If you’re not enjoying one moment, the next provides something from a different sphere of gratification.

The event of Avengers Endgame a recent memory, Peter Parker (Tom Holland) is endeavouring to return to a normal life. His classmates, and indeed everyone connected to this new iteration of Spider-Man, were all affected by Thanos temporarily wiping out half of the living universe. That’s handy for the filmmakers. Accepting this narrative convenience will also be handy for audiences interested in appreciating Far From Home with the right frame of mind. Low expectations may have guided my enjoyment but with a jovial attitude there is a lot of enjoyment to be found in Far From Home.

Parker and his classmates are on a two-week summer field trip to Europe. There are elementals wreaking havoc throughout European cities. Jake Gyllenhaal as Quentin Beck arrives on the scene to explain that the elementals are from his version of Earth, establishing the possibilities of what Parker calls a ‘multiverse’. It’s difficult not to read this as an eagerness on Marvel’s part to extend their financial possibilities, though multiverses are certainly already well established in comic books. Nick Fury (Samuel L. Jackson) is around too. That’s really all you need to know. The plot isn’t important. The fun in Far From Home is all in the details rather than the broad strokes. Plots in Marvel films serve the greater purpose of sustaining the MCU rather than serving themselves, which is one of the series’ most significant weaknesses. 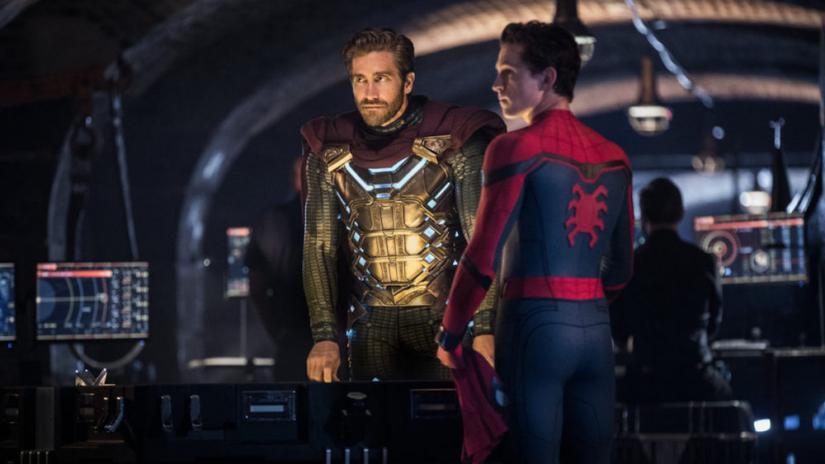 Those fun details that I mentioned are things like the chemistry between Parker and MJ (Zendaya) and the congenially lively interactions between Parker’s classmates. There’s also a lot of comedy and, crucially, it doesn’t suffocate the film in the way that Marvel has been prone to encourage in more recent years with films such as Thor Ragnarok. The action sequences, though comprised of abundant computer imagery, nonetheless exhibit a degree of creative innovation beyond a typically CG-laden film.

Considering that most Marvel films are released to rapturous Rotten Tomatoes scores (though it’s important to remember the severe limitations of review congregation not to mention the hazardous impact that RT almost inarguably has had on filmmaking), it’s nice to agree with my fellow critics that a Marvel film is not a soulless bore.