"Spree is the latest in a long line of entertainment properties that endeavour to turn a mirror on us for our addiction to social media validation."

"Certainly, there’s a touch of something like The King of Comedy in Spree, with Kurt as Rupert Pupkin, and therefore, also as the Joker in Todd Phillips’ film of the same name from last year."

Found footage movies featuring murders date back to … well, pretty much to the dawn of found footage movies. The new movie Spree at least has the decency to deliver them in a new package: the gig economy, specifically, rideshare companies. The title references a killing spree, but also presents a cleverly plausible name for a rideshare app – like, instead of “Call me an Uber,” it’s “Call me a Spree.” This little bit of originality may not mean, however, that we’re getting new thoughts on the craving of views and likes that transform a social media-obsessed individual into a murderer. 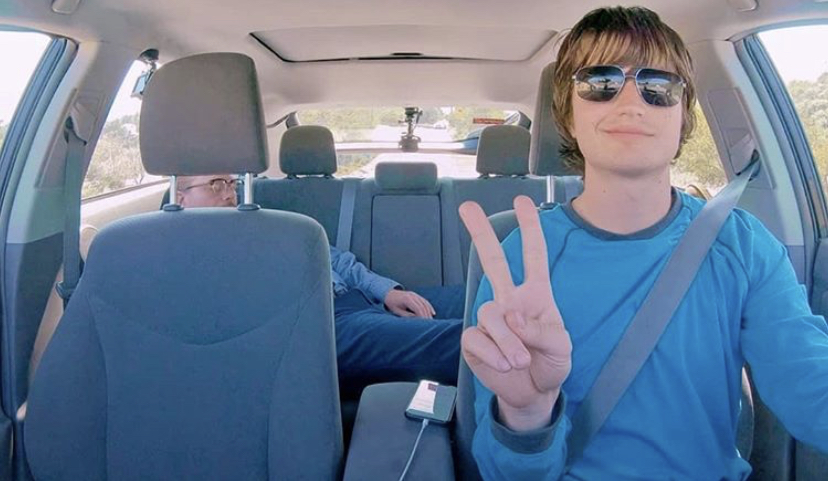 Kurt Kunkle (Joe Keery) is an amiable enough slacker who has been trying for a decade to become a social media influencer. He does a lot of livestreaming and video posting and marker erase board illustrations of his life in Southern California, but he rarely gets past the single digits in total views. You’d think a kid putting so much energy into his product would have figured out a way to grow his audience before now, but I digress.

Having plied his trade with a kind of blind optimism, Kurt suddenly craters and starts to appear deeply depressed, openly questioning to his audience – such as it is – why he’s even doing any of this. About this time he also starts work as a rideshare driver for Spree, and he gets an idea how to go viral. He’ll fasten cameras to most of the windows inside his vehicle – “for his protection,” he’ll tell his customers. What he’ll really be doing is making snuff films, either because he’s poisoned the free water bottles they’ll be drinking, sealing the pin prick with a glue gun, or because he’ll kill them in other ways he may not have even imagined yet.

Such a scheme should not last very long before it is uncovered, one would think. If anyone is watching, they should be calling the police, and Kurt’s increase in views should cost him a life sentence in prison. Spree’s jaded view of our online community – which is probably not inaccurate – is that viewers are much more likely to interpret these theatrics as a hoax meant to shock them, rather than the genuine article. “Fake AF!” they comment, as they imagine the victims are actors, the blood is ketchup, and the weapons are prop guns.

Spree is the latest in a long line of entertainment properties that endeavour to turn a mirror on us for our addiction to social media validation – sometimes a Black Mirror. The Unfriended movies fall into this category, as does the movie Nerve, about an escalating series of social media dares that turn fatal. Because there are enough movies like this nowadays, each new one bears the burden of trying to reinvent the concept in some way. Spree tries, but doesn’t really do it. 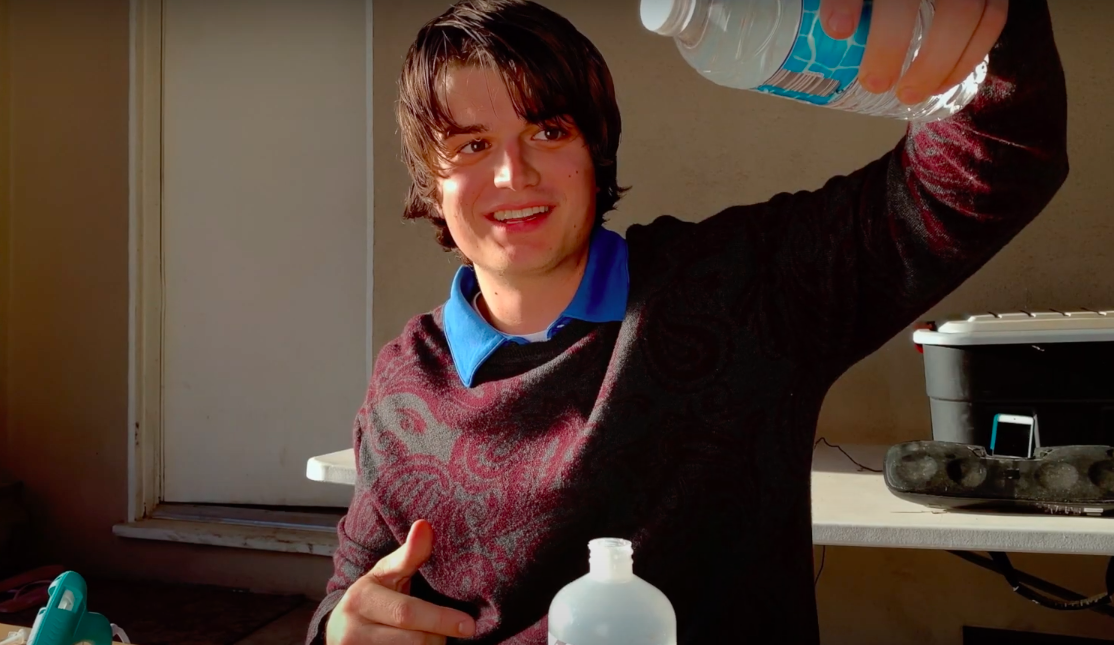 As with many found footage movies, some of the problem lies in the execution, and some of the execution invites the type of nitpicking the movie is supposed to disincentivise us from doing. We are meant to understand the whole orchestrated show as the product he is delivering his livestream audience, making use of the six or so cameras inside the car. In real time, though, it would not be possible to switch between the cameras – at least, not while Kurt is also doing all the other things he’s doing to actively participate in the killings. That’s the kind of thing that is done in post.

If you are left thinking about these things – questions raised by any found footage movie – it means the movie is not providing you a thematically rich distraction from your quibbles. The ideas are not bad, but it’s no longer novel to see a deranged young person’s eyes light up as the number next to the eyeball icon gets increasingly larger. We get it; we are motivated by the wrong things in today’s society. Why we are, and how not to be, might be a better focus than spending a feature’s worth of time watching a young man go off the rails. 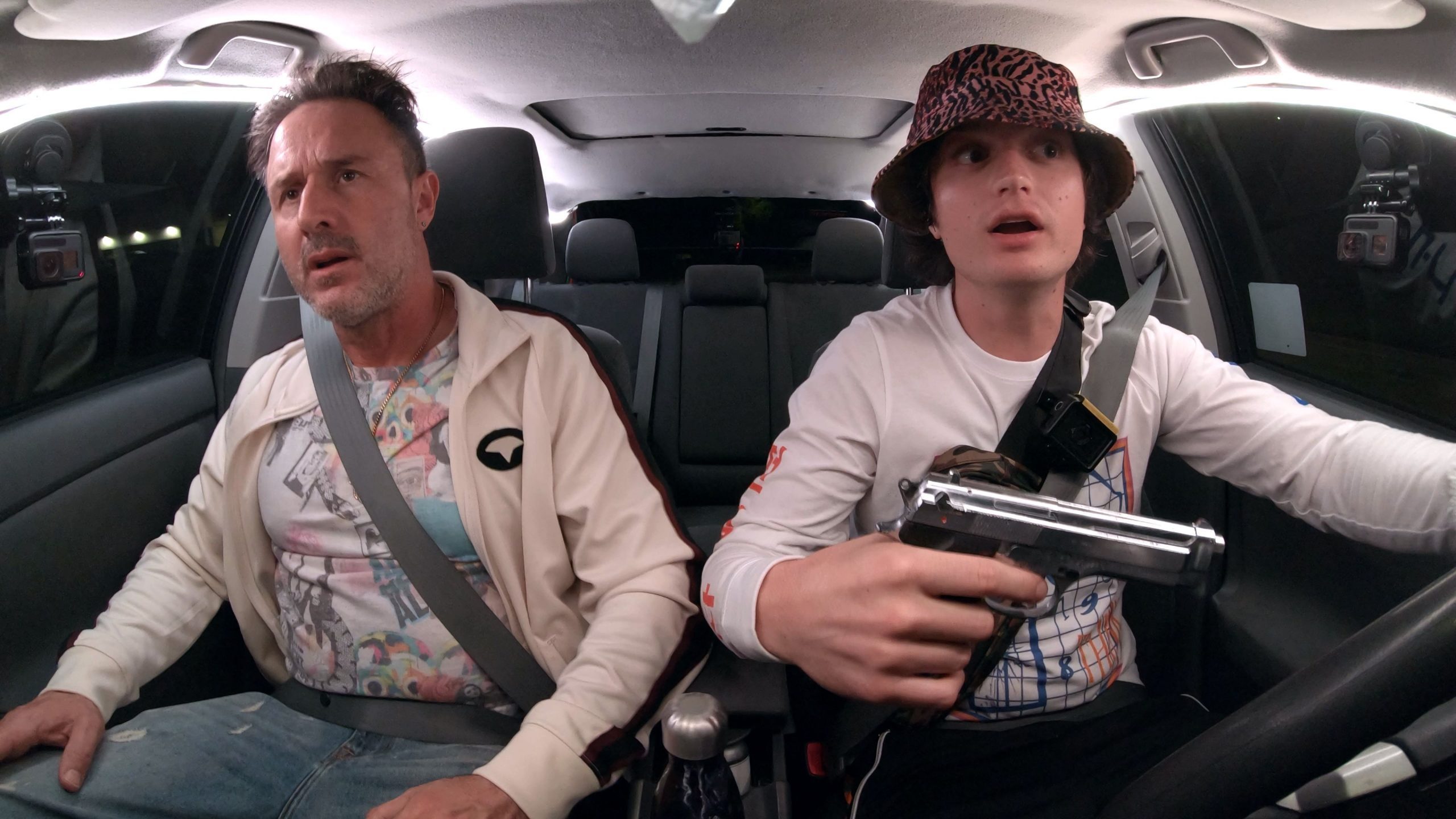 Because Kurt needs to have some share of audience sympathies, his passengers are even worse than he is, reflecting the film’s sense of misanthropy and also its sense of convenience. One rider is a white supremacist. Another is a callous real estate agent who is constantly rude to him. Another is a leering frat boy. As Kurt is still relying on the core mechanisms of the app, which put customers randomly into his queue, one wonders what this spree would look like if he’d picked up a nun or a social worker instead.

Certainly, there’s a touch of something like The King of Comedy in Spree, with Kurt as Rupert Pupkin, and therefore, also as the Joker in Todd Phillips’ film of the same name from last year. That’s even more the case as Kurt focuses his attentions on a passenger he does not kill, Jessie Adams (Sasheer Zamada), a successful stand-up comic with the kind of following on the socials that he wants. She’s the more interesting character here, conflicted between increasing her views and questioning the entire attention-seeking apparatus that imprisons them. Keery makes a compelling psycho, but his decline from carefree kid to psycho is missing some of the necessary antecedents. 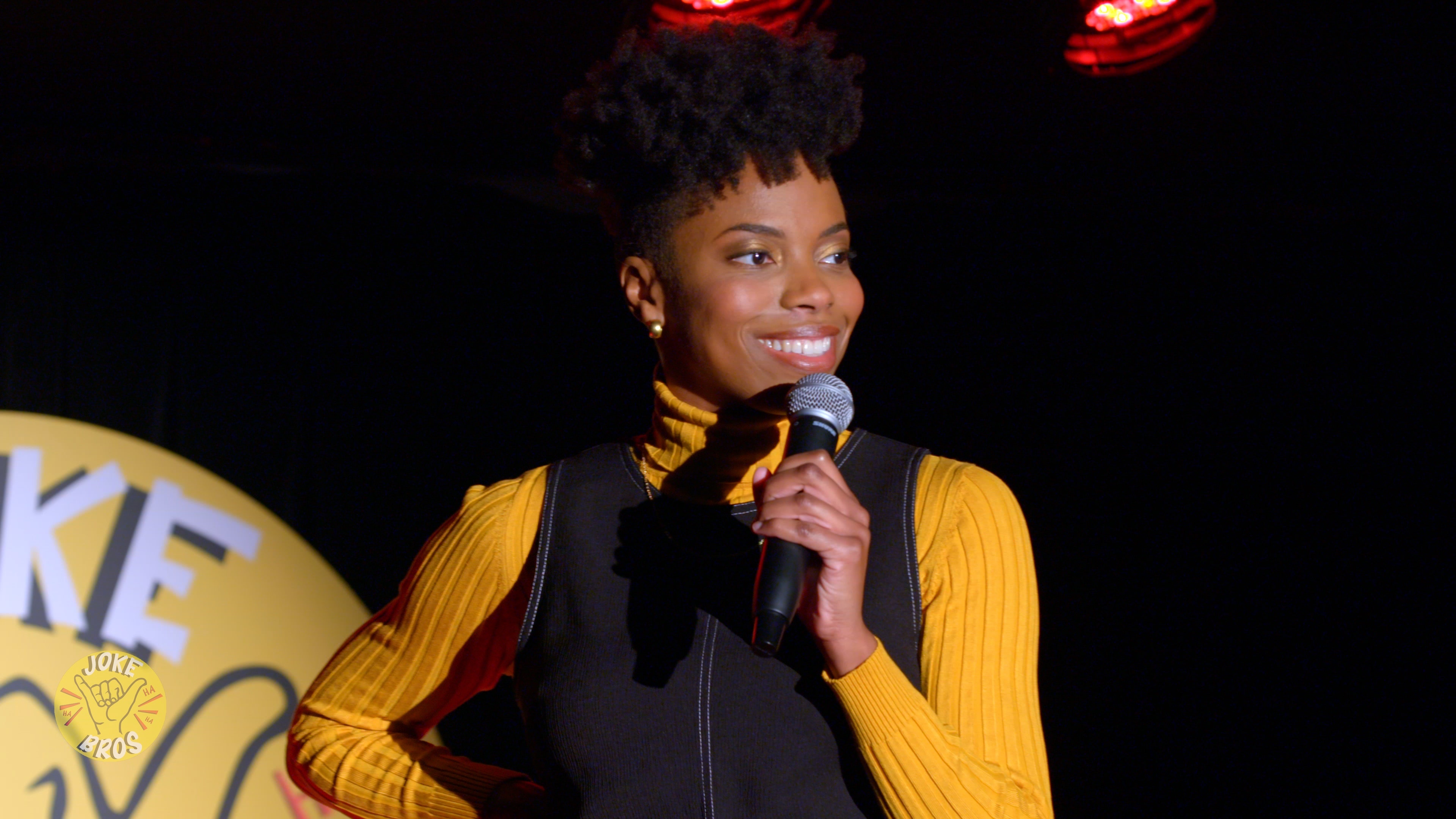 That it invokes a film like The King of Comedy, and is worthy of being discussed in the same conversation, means that Eugene Kotlyarenko’s film is a success on some level. It’s got talented people backing and believing in it, as Drake is one of the producers. What it doesn’t have is an urgency that would elevate it among what is now a half-dozen similar films per year. Kurt entitles his extended snuff film “The Lesson,” but it’s more effective in the exploitation realm of delivering snuffs than it is in teaching us anything we didn’t already know.

Spree is available in select cinemas from 8 October, on video on demand via Foxtel and Fetch from 8 October to 11 November, and on other rental platforms from 25 November.