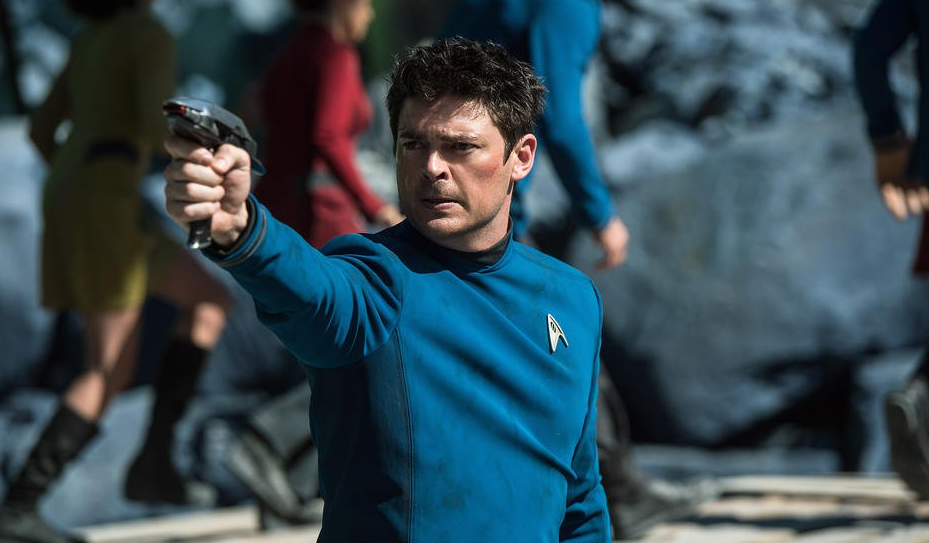 Its director hijacked by that other sci-fi series, the Star Trek franchise soldiers onward in a way that feels like an afterthought. Having generated such renewed enthusiasm for Kirk, Spock et al with the 2009 reboot Star Trek, J.J. Abrams frittered some of that away with a 2013 sequel that was considerably more divisive (Star Trek into Darkness). Now he’s handed over the reins to Justin Lin, known to most as the guy who yelled “Cut!” on four of the seven Fast and Furious movies. Forgive us if this seems like a giant step toward the pedestrian. Which could also explain why this movie is not being greeted as a possible saviour in a terrible Hollywood blockbuster season, but as just another shrug from an unimpressed 2016 audience.

I’d like to tell you we were wrong, but it is not so. In fact, Star Trek Beyond never gets better than its first five minutes, and even those don’t start off very well. One of the first things we see in the 13th Star Trek movie is something we haven’t seen in many or possibly any others: computer-generated aliens. A deep sigh accompanies this, as Star Trek had always remained one of the last bastions of aliens played by human beings wearing a whole mess of latex. But just when we want to throw up our hands in resignation, Star Trek Beyond gets in a great visual joke about what these aliens actually are – reminding us that it has lost neither its sense of humour, nor its sense of self.

So it’s not because this Star Trek movie is so different from the others that it disappoints. It’s because it’s so much the same. The same basic scope. The same basic character dynamics. The same sense when all is over, and the status quo has once again been restored, that this could just go on and on forever, maintaining a minimum level of competence and excitement while retaining less and less of our interest. 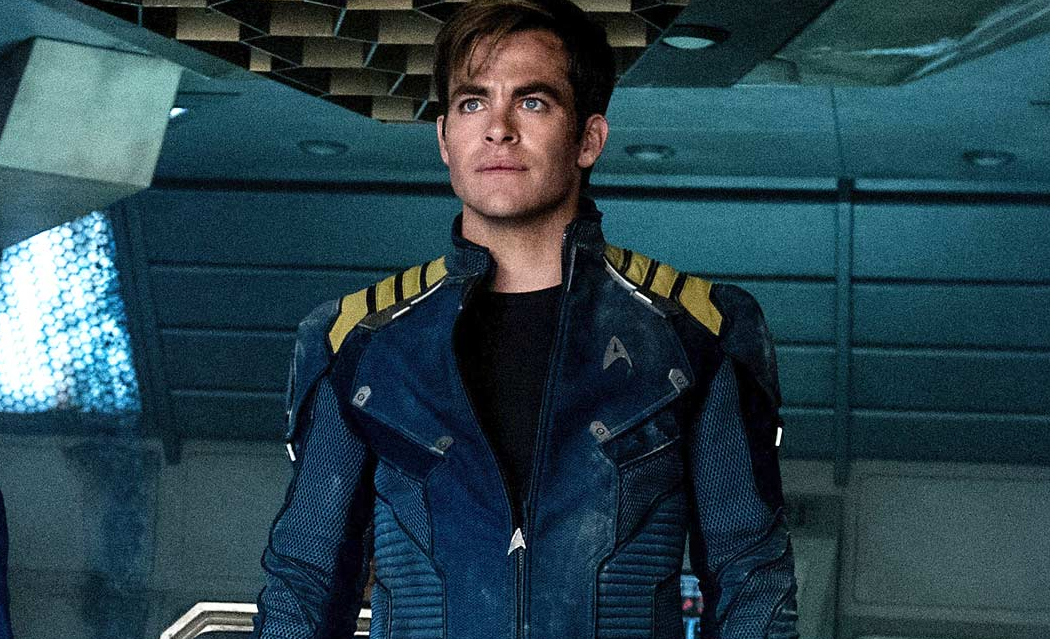 None of this is Justin Lin’s fault. Just as Abrams is accused of aping the style of others, Lin is pretty effectively aping Abrams, with maybe a tad less lens flare. There is no quantifiable way to blame the Trek series newcomer for the diminished impact of his movie, unless it’s minor things like action scenes that are a degree (or ten degrees) less coherent. I suppose that in an action movie, those aren’t minor, and the recent run of Marvel movies reminds us how potent an effectively directed action sequence can be.

But let’s just say that these faults are minor in terms of pinpointing why Star Trek: Beyond doesn’t really work. It doesn’t really work because after more than a dozen of these films dating back to 1979, nothing feels fresh anymore. That freshness was restored momentarily for Star Trek in 2009, but that’s the power a good reboot has over your average sequel. When Abrams made the follow-up and ill-advisedly tried to echo the plot of Star Trek II: The Wrath of Khan, it was at least a conversation starter in terms of vision and ambition. Arguments could be made about what he could have done differently, but at least he was throwing it all out there. With Beyond, the series has returned to that realm that mired the later Next Generation movies – it’s become episodic. That’s an adjective Kirk actually uses in an opening captain’s log when describing the humdrum nature of the crew’s five-year mission. It’s a wink to us in the audience, reminding us that this all started as a TV show with a series of episodes. Unfortunately, it’s also a preview of things to come.

If what’s to come hasn’t been mentioned in any detail to this point, that’s probably no coincidence. As with most Trek movies, there is a maniacal villain, played here by Idris Elba under the aforementioned heaps of latex. This maniacal villain of course ends up having a more personal link to our heroes than it would originally seem, and he’s seeking some kind of talisman – call it a tesseract, call it an all-spark, just call it what it really is, a McGuffin – that he’s trying to turn into a weapon that he will use to destroy all life forms in all known universes, probably himself included. The trap he sets for our stalwart Enterprise crew does create a momentary spark of interest, as it unleashes a force on our ship that is a bit different than any force previously unleashed on it. That makes those scenes pretty interesting. But the subsequent reassembling of the crew, saving of crew members in danger, and binding together to stop the threat is something we’ve seen – well, 12 times before I guess. 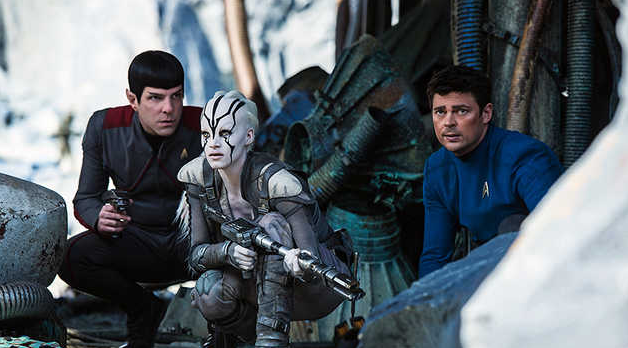 One of the more concrete disappointments is how little this movie does with its characters. The usual complaint about a Star Trek movie is that it leaves at least one, and probably a couple, of our most beloved characters without anything to do. Who knew it were possible to leave all the characters without anything to do. Someone must have been doing something in this movie, right? Some character arcs must have been being lived out, some big decisions faced, right? The answer is yes, but after the movie ends, you may be hard pressed to remember what they were.

The third movie in a series is often the time when the franchise needs to give itself a long hard look in the mirror, and question what the future holds. This is doubly so for a rebooted series, and trebly so for a twice-rebooted series, if you consider the first reboot to have been the Next Generation movies. And unfortunately, a pallor of real death hangs over this movie, the extent of which the filmmakers could not have anticipated. They intended to pay tribute to the dearly departed Leonard Nimoy, and the movie does so in a couple poignant ways. What they never could have guessed was that the movie would also be mourning its current Pavel Chekov, Anton Yelchin, who died in a tragic accident in Los Angeles back in June. The movie is in loving memory of Nimoy, but right after that it says, simply, “For Anton.”

Maybe 13 really is an unlucky number. Maybe instead of the just-announced fourth movie in this series, and 14th overall, maybe it’s just time for Star Trek to boldly go where Star Trek has never gone before: retirement.