We intend to live forever, or die trying. 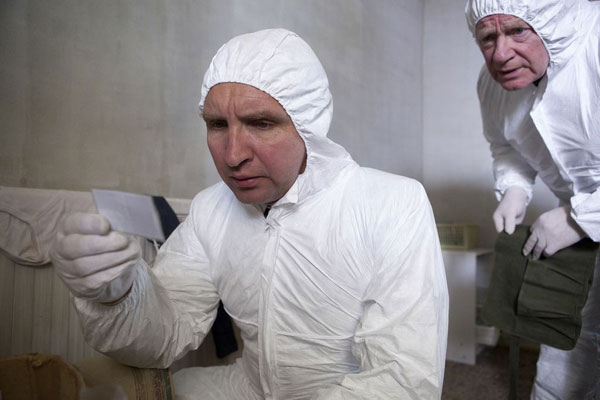 The significance of the ideas in Uberto Pasolini’s Still Life very much relies on Eddie Marsan’s understated ability to convey a lot with little. Unfortunately, Pasolini himself doesn’t adhere to Marsan’s fantastic sense of minimalism, and the film often languishes in needless emphasis. There’s a beautiful simplicity to the basic premise of Still Life, which is thankfully strong enough to make an emotional impact, but it’s such a compelling idea (at least fundamentally) that the film might have benefitted from deeper thought than Pasolini may be capable of.

Marsan is John May, a 44-year old South London council employee whose job is to trace the next of kin of the unclaimed deceased. His dedication to the task is immense, organising funerals that nobody attends except himself, carefully composing eulogies for people he didn’t know and acting as an emotional surrogate in lieu of genuine relations. May himself however, is without any family or friends, living a nominal existence alone in a flat, too introverted to engage with others socially.

Ironically perhaps, May’s work is his life. He approaches his job with sleuth-like rigour, but his excessive spending unfortunately gains the attention of his unimpressed superiors. On discovering that he is being laid off after twenty two years on the job, May focuses all his efforts on his final job – an elderly alcoholic named Billy Stoke. As his investigation progresses and May starts to track down people who knew Stoke, he comes to believe he understands the departed somewhat, and begins to organise the dead man a lavish funeral, so that he doesn’t depart the world without some significance. 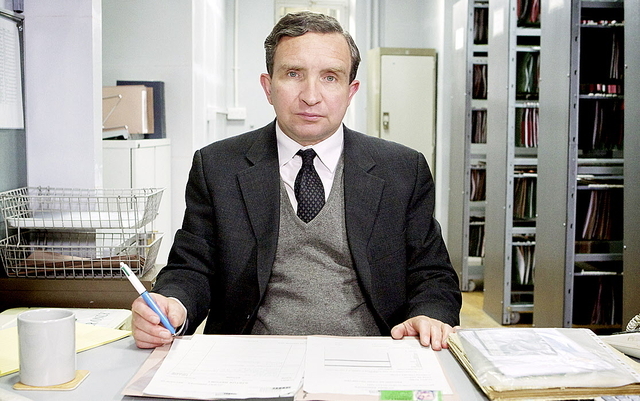 If it were not for Marsen’s naturally sympathetic presence, May’s devotion to such eerie employment may have come across as somewhat unsettling. But there’s an inherent warmth to Marsen, simultaneously expressing warmth and modesty. Curiously enough, May alienates others to a certain degree because of his compassion. Joanne Froggatt as Stoke’s estranged daughter is also quite affecting, despite the budding romance between the two characters being entirely improbable.

There is some incredible potential to examine the worth of an unsung life, but much of it is squandered. While Still Life affects a spartan sense of style, in actually Pasolini drenches the film in sneaky excess. Like a rolling snowball, the longer Still Life continues the more noticeable the subtext becomes and the less interesting it all becomes. By the time two homeless alcoholics sit with May and muse quite poetically on the purpose of life, the final shreds of the film’s virtue are hanging by a thread. Much of Still Life rolls along in a nicely gentle sort of way, thanks in particular to the Marsen’s watchable, and maybe unintentional, blend of sympathy and like-ability. But the film feels like wasted opportunity, with Pasolini embracing glaring sentiment rather than exploring the ideas of purpose and death with any real credibility.