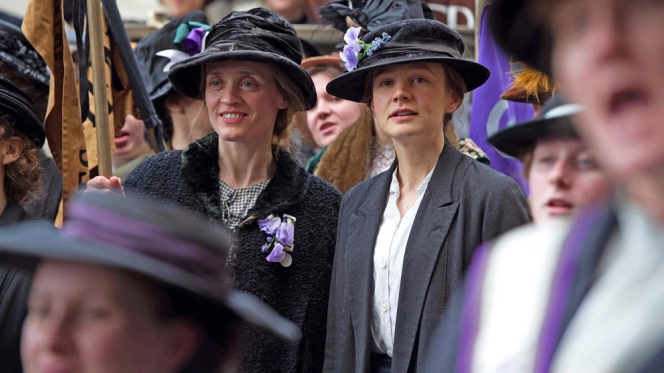 It’s shocking to be reminded that a hundred years have not yet passed since women were granted the right to vote anywhere in the world. Not as shocking, perhaps, as the reminder that women are only just now getting that right in some parts of the world, and in others still do not have it. The closing text in the movie Suffragette speaks of how Saudi Arabian women have been promised voting rights in 2015, but the movie had to be committed to cinematic permanence before a real outcome of that promise could be determined.

It boils the blood, that’s for sure. But Sarah Gavron’s film itself is not capable of raising our internal temperatures to that critical mass. It’s got everything you might expect from a movie about British women seeking voting rights in pre-World War I England, even some things you might not expect, like the fact that their efforts sometimes resembled modern-day terrorism in terms of their radicalism. It just doesn’t distinguish itself as something memorable. Even worse, it’s kind of a slog to get through. A person often instinctively recoils at period pieces with a strong social message, worrying it will be like taking medicine or doing homework, only to ultimately be won over by the filmmaking, the acting, or that message. Unfortunately, Suffragette is more like the realisation of those fears. 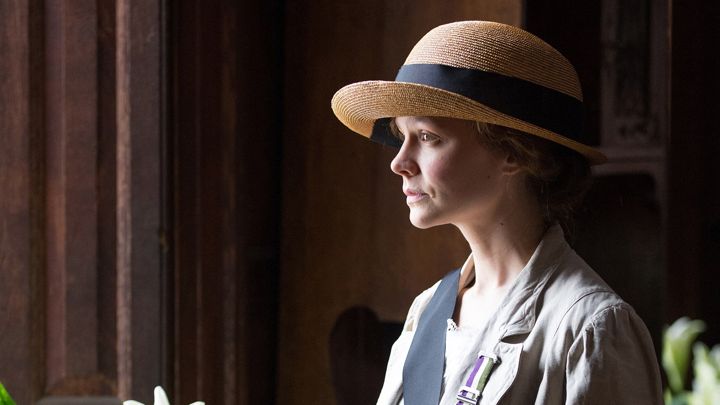 It focuses on the character played by Carey Mulligan, Maud Watts, who has been working in an intense industrial laundry facility since she was a child – she was in fact born there, and strapped on her mother’s back when she was an infant, while her mother worked. Suffice it to say it has been a difficult life for Maud, though she does find herself in a happy marriage to a man who seems kind (Ben Whishaw) and is the mother of a young boy. The suffrage movement has been making the papers, and though Maud is either indifferent or actively opposed to it, she gets swept up in a riot where she sees how police treat the protestors, especially when they determine they need to step up their ordinarily peaceful methods to something more headline-grabbing. Mistaken for a suffragette, Maud finds herself ostracised by her husband once she serves a short jail sentence and decides that she wants to take up the cause as well. Thus begins a fight for women’s rights that will involve chanting slogans, throwing rocks, arson, hunger strikes in prison, and potentially the loss of her family.

There’s one truly intense scene in Suffragette in which Maud is force fed in prison to counteract her hunger strike. That reinforces the way the film associates these suffragettes with terrorists – not in terms of the righteousness (or lack thereof) of their cause, but in terms of the harsh methods society used to suppress them. One can’t help think of a terrorist being waterboarded when seeing a feeding tube attached to Maud’s face and her mouth being pried open as she struggles against the large men holding her down. This single moment stands as a metaphor for the entire way a male society was holding down its better halves in early 20th century England. 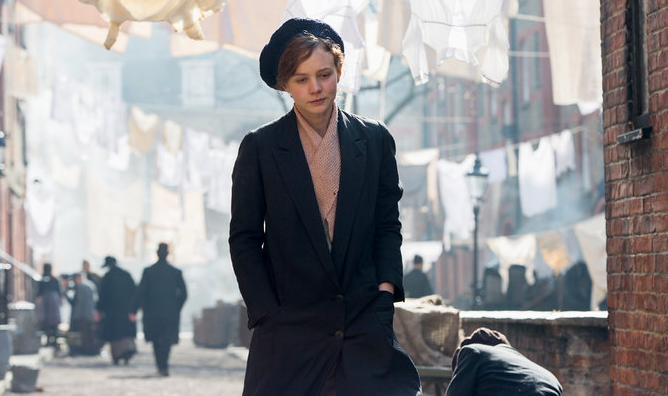 If only there were more moments that approached this level of effectiveness. It’s not the only moment in which shocking behaviours are depicted or tragic things occur, but it’s the only one that penetrates through the very staid, ordinary quality that describes the rest of the production. This is not an experienced director – Gavron’s only other feature of note is the 2007 film Brick Lane – but her inexperience does not show itself in terms of the performances (which are all pretty good) or even the way the story is assembled (which is straightforward but fairly technically accomplished). It’s just that the presentation lacks oomph. It never grabs you, which is all the more of a shame, considering that the material certainly warrants our attention, our anger. We should be grabbed, and we just aren’t.

Speaking of things we get only once, the appearance of Meryl Streep is also a bit of a disappointment, as it boils down to a glorified cameo. As a famous suffragette figurehead, Streep gives basically one speech and disappears from the movie, almost as though she were only available for one day of shooting. That may have been the case, but it feels a bit like a promise unfulfilled when the advertising campaign suggests she will be an integral part of this film. Promise unfulfilled is, alas, the overriding takeaway from Suffragette.