"A romantic comedy is weirdly what this is, despite featuring an artificial intelligence that’s considering destroying the world."

"In case you’re wondering whether this film’s dual narrative designs have an unexpectedly fertile relationship to one another, they don’t."

How would you describe a high-concept comedy that has no laughs but is reasonably tolerable anyway? The word “superintelligent” may not jump to mind, but the word Superintelligence should. Melissa McCarthy is back starring in her 37th feature directed by her husband, Ben Falcone, most of which have not been great. Superintelligence is also not great, but it’s not the miserable failure you might expect from a movie that doesn’t once trigger your involuntary laughter reflex.

The key to Superintelligence being sort of likable despite not being funny is that the characters are likable. It might not be seen as progress by McCarthy’s fans, but McCarthy can now be a winning screen presence without having to engage in a dozen embarrassing pratfalls, or without wresting a single snicker from us. (There are only about half a dozen pratfalls.) Bobby Cannavale, her co-star, has the exact same thing going for him, though he’s not one from whom pratfalls have ever been required.

They are both extremely nice in this movie, such that you’ll catch yourself smiling just watching them interact. Of course, two 50-year-old characters who haven’t yet settled down don’t make very aspirational material for a romantic comedy, which is weirdly what this is, despite featuring an artificial intelligence that’s considering destroying the world.

That artificial intelligence is voiced by James Corden, playing the voice of James Corden. That voice was chosen for its appeal to Carol (McCarthy), a woman the A.I. selects because it considers her to be the most average person on the planet. In a drunken email, Carol once proclaimed herself the president of a group called Corden’s Wardens, so the recently sentient A.I. figures the erstwhile talk show host will be the right voice to convince her to go along with its plan: To observe humanity over the course of three days before deciding whether to save, enslave, or destroy it.

To make it easier for Carol, the A.I. – which speaks to her out of any electronic device in the vicinity, appearing as kind of a swirling blue digital nebula – has diverted $10 million to her bank account and started buying her expensive things. It has also asked what she would want if she could have anything in the world, and Carol answers that it’s to make things right with George (Cannavale), an ex she regrets breaking up with. So the A.I. zips her off in her new Tesla, which drives without any operator input, to start wooing George back into her life. As bad luck would have it, George has recently been given a fellowship in Ireland, and his departure lines up perfectly with the A.I.’s self-imposed deadline for ruling on the future of the human race. 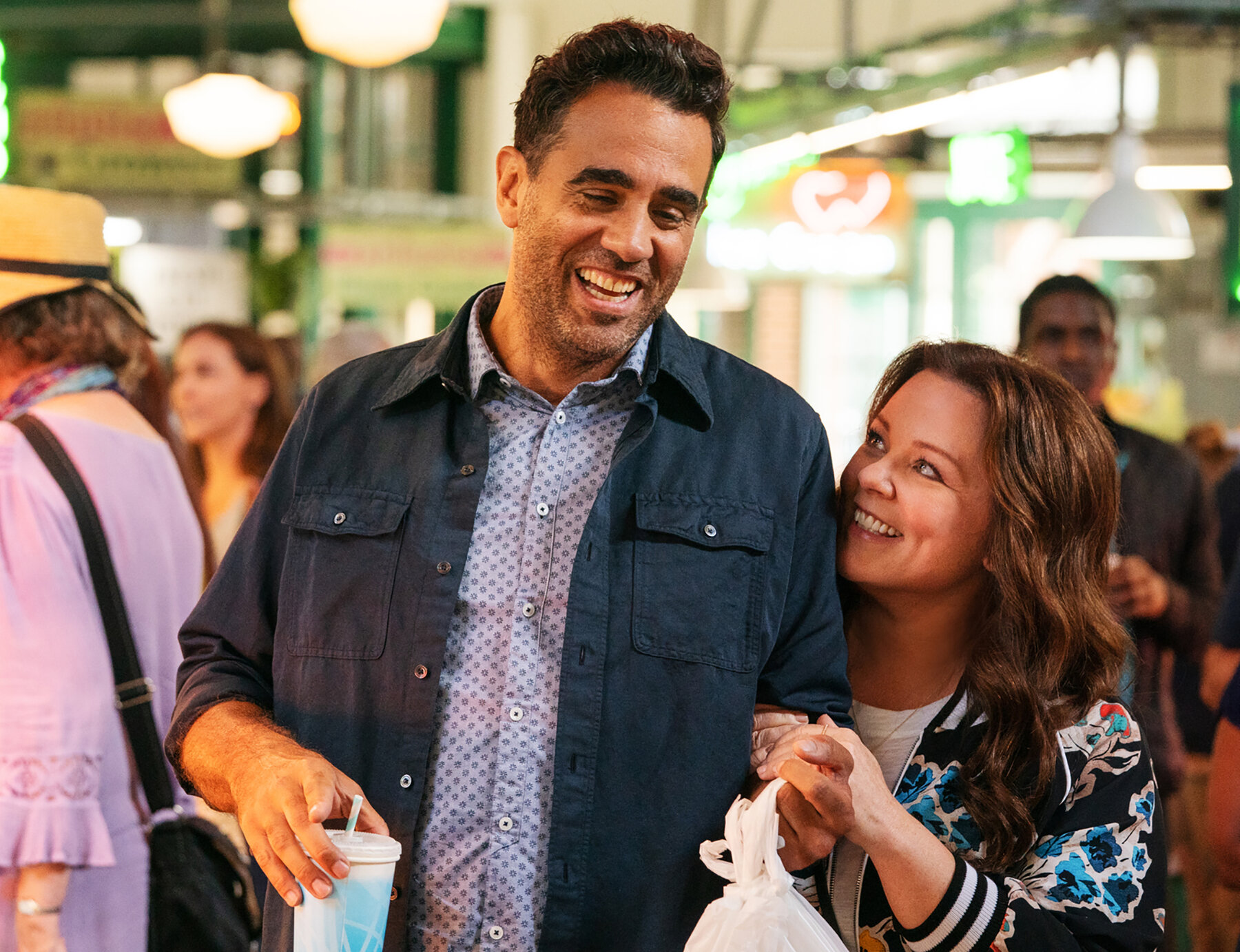 In case you’re wondering whether this film’s dual narrative designs have an unexpectedly fertile relationship to one another, they don’t. It never makes sense that Carol is involved in a standard romcom plot – a so-called Ferris Bueller day playing hooky, including a baseball game at the stadium of George’s favourite team, the Seattle Mariners – at the same time computer geeks and government operatives are madly rushing to prevent an artificial intelligence from exterminating life on earth. The scenes feel intercut between two different movies, except they shared the same mugging tone, desperately trying to get laughs from us but never succeeding.

The romcom stuff is layered on thick, too. It may stand out more because romantic comedies are so rare these days, and almost totally unseen outside of Netflix. That this got a theatrical release probably says more about the star power of McCarthy and Corden, and the fact that it was sold as a movie about goofy hijinks between a woman and an all-powerful computer making her life simultaneously easier and more difficult. But all the romcom tropes are present, from romantic dinners to strolls through local fish markets, and so much Seattle specific content, particularly related to the baseball team, that when former Mariners star Ken Griffey Jr. makes a guest appearance, it’s the most predictable thing in an already predictable movie. 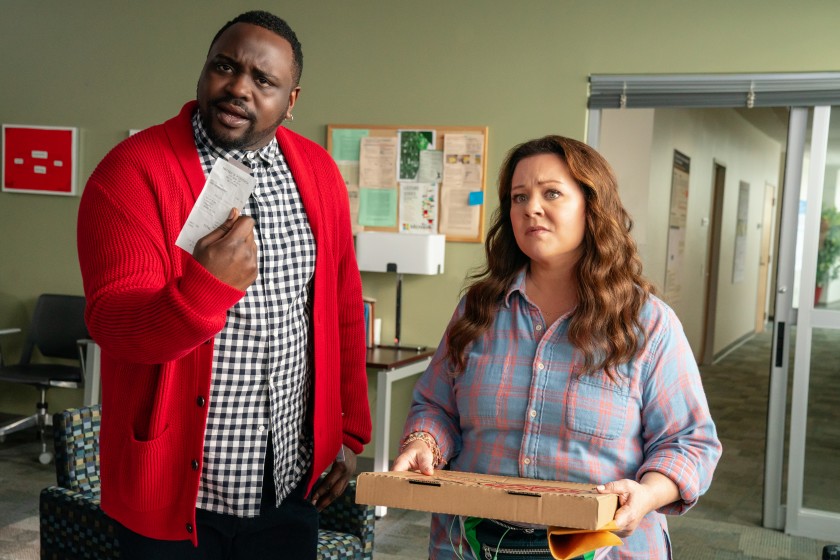 Then you have the high-concept, thriller side of the equation. That’s embodied by another likable performer, Brian Tyree Henry, who has come a long way – though not necessarily in the right direction – from his days on the TV show Atlanta. Henry plays the tech genius at Microsoft, and also Carol’s best friend, who believes Carol when she says an A.I. is talking to her from her phone. The A.I. is not keeping its project a secret, so a plan forms to stop it that goes all the way up to the president of the United States (Jean Smart). Sam Richardson and the director himself are also part of these scenes, playing special agents who are continually throwing Carol into the backs of black vans. 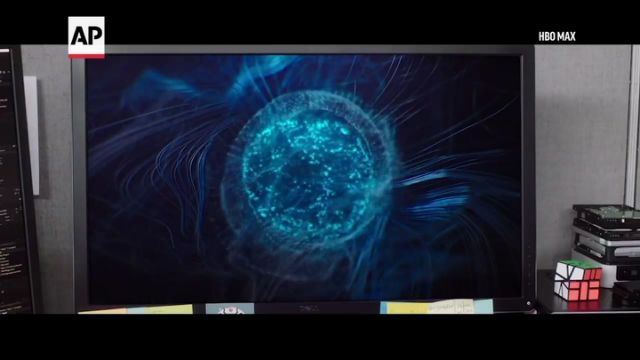 Superintelligence clearly does not work, but rating scales are on a continuum from worst to best for films like this one. It is reasonably pleasant to watch, and that does count for something, especially at the end of a year where so much has been so unpleasant.