"The Card Counter is really two stories about the same man, and they don’t speak to each other the way the two halves of First Reformed did."

"The film ends up seeming too topical by half, taking us out of its more intimate rhythms by trying to introduce inorganic geopolitical relevance." 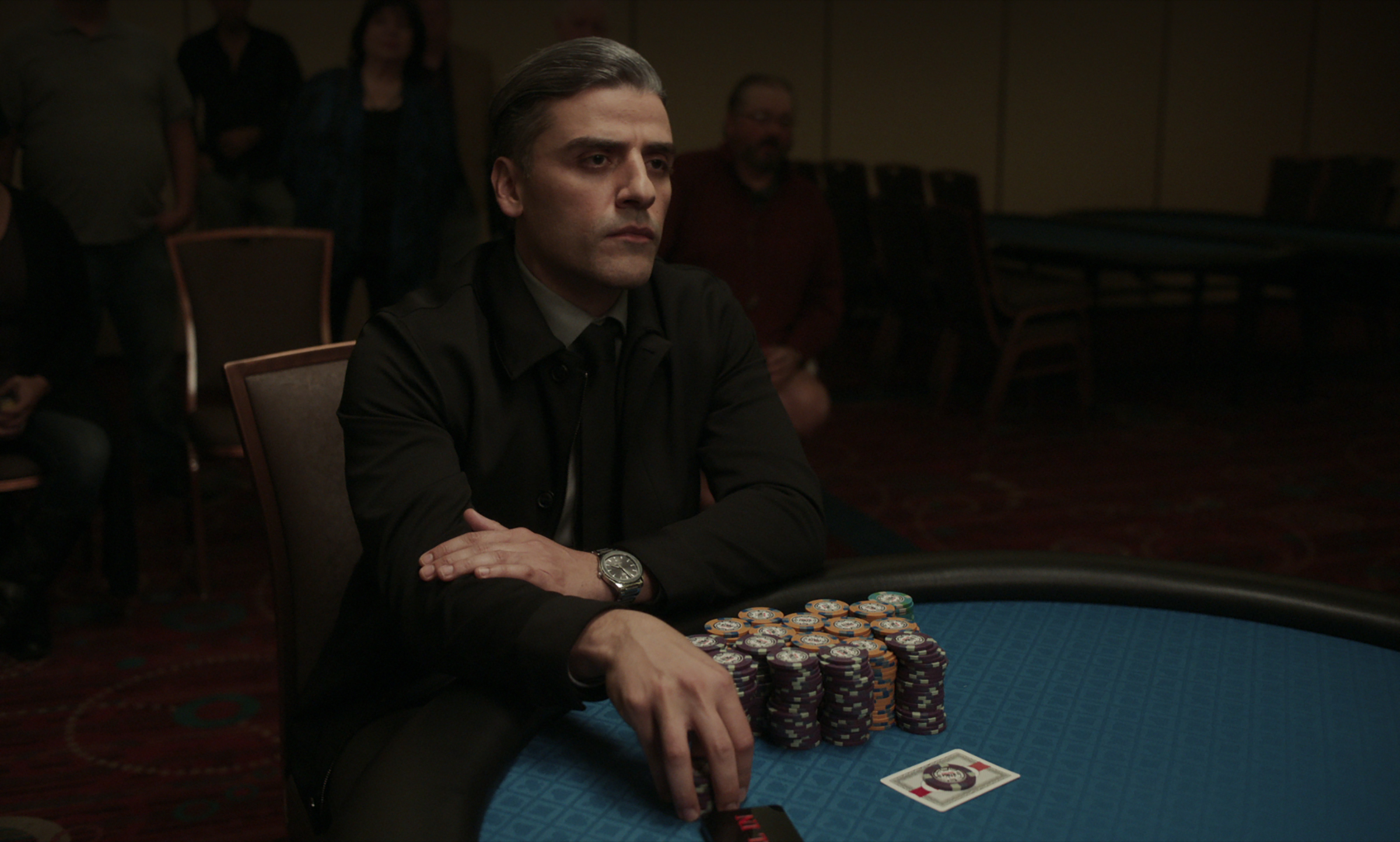 The Card Counter is really two stories about the same man, and they don’t speak to each other the way the two halves of First Reformed did. There, a priest’s struggles with his faith blended profoundly with his awakening environmentalism, each half deepening the other. Here, Oscar Isaac plays William Tillich, who calls himself William Tell, and who perfected card counting while in prison. He was sentenced for his role in torturing and taking pictures with terror suspects at Abu Ghraib. The cost of America’s involvement in foreign wars factored into the lead character’s back story in First Reformed as well, but Schrader really forefronts it here. What that has to do with card counting is something Schrader never figures out.

William lives a spartan, itinerant existence in which he travels from casino to casino around the country, collecting small wins at the blackjack table – small enough never to force the hand, as it were, of the pit bosses, who are trained to sniff out card counting and back those players off tables. He lives in hotel rooms whose furniture and surfaces he fastidiously covers with white sheets, some attempt either to purify himself or never leave a trace of himself. He’s about to cross paths with two people who will disrupt this lifestyle, while underscoring the reasons William has stuck to it so doggedly.

The first is La Linda (Tiffany Haddish), a gambling world acquaintance who runs a “stable” – that’s a group of successful gamblers backed by wealthy investors, who finance the gamblers for a percentage of their winnings. She wants William to come on board, but he refuses, believing that it conflicts with the low profile he’s trying to maintain. Then while wandering into a security convention at the Atlantic City hotel where he’s currently gambling, he’s spotted by Cirk (Tye Sheridan) — that’s “Kirk with a C” — who identifies him from his infamous past. Cirk has a bone to pick with the man giving the presentation on some new facial recognition software, Major John Gordo (Willem Dafoe) – the very man who was William’s superior officer at Abu Ghraib.

Cirk’s father was also at Abu Ghraib, and upon returning home, he became a monster who beat Cirk and Cirk’s mother before taking his own life. Cirk rightly assumes that William has the same bone to pick with Gordo, and tries to enlist William on a plan to capture and torture the former major, dishonourably discharged but never otherwise punished for what went on at that prison. William also refuses this offer and discourages Cirk’s plan. Thinking he’s talked Cirk out of it, he asks Cirk to join him on the road.

Williams sees someone to save in Cirk, who is drowning in debt, and in order to help get Cirk’s life back on track, he belatedly accepts La Linda’s offer to join her stable. William makes a one-year commitment to La Linda, hoping to make enough money to help Cirk and leave them all better off – but that isn’t likely to go according to plan.

Beyond echoing Schrader’s own work, The Card Counter has a basic setup that’s nearly identical to Paul Thomas Anderson’s first movie, Hard Eight (a.k.a. Sydney), where Philip Baker Hall played the ageing gambler trying to atone for his past, and John C. Reilly played the younger man heading nowhere fast. That’s a powerful little movie that gets a lot of mileage from its smaller scale and character dynamics. The Card Counter starts out on the same path with the same sense of promise, but the way it attempts to stimulate those dynamics through a real-world news event never really works. The film ends up seeming too topical by half, taking us out of its more intimate rhythms by trying to introduce inorganic geopolitical relevance. 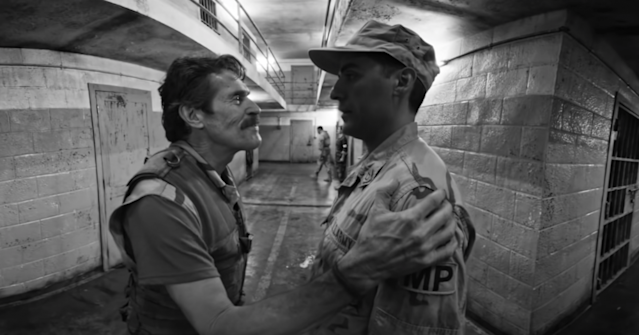 That said, the Abu Ghraib scenes showcase some outrageous technique that is impressive in and of itself. Schrader and DP Robert Elswit film these flashbacks with a muddy yellow filter and a wicked fisheye lens, meaning the sides of the frame curve out radically like the tracks on a rollercoaster. The sheer horror of what’s going on – whose sounds and smells William describes vividly – is inescapable through this artistic choice. Since there’s only a scene or two of this, though, it has the feeling of a fleeting tangent, increasing the sense of disconnect with the main story Schrader seems to be telling.

The acting is a strength here, but not all the actors may be right for their roles. The biggest problem in this regard is Haddish, who has made a career of asserting herself on screen. She’s asked to play a passive character here, one who herself feels tangential to the plot for most of the time. While the role adds some variety to her CV, it feels like a wasted opportunity. Dafoe is also a bit wasted, as the character doesn’t have enough scenes to make an impression. It seems like his professional history with Schrader (The Last Temptation of Christ) explains his presence more than any necessity to cast a dynamic actor in this part. Isaac and Sheridan are the standouts, Sheridan particularly as he transitions into adult roles. He really nails the confused headspace of Cirk, always on the verge of doing something unexpected. 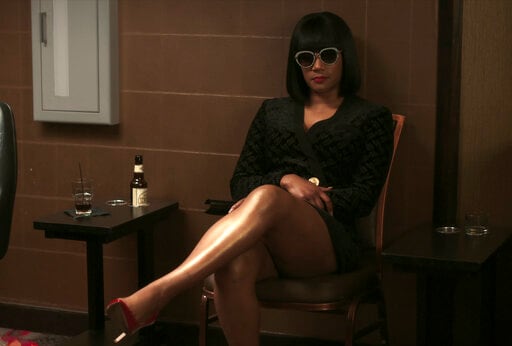 There are a lot of superlative ingredients in The Card Counter that never coalesce into a single satisfying dish – or maybe a single winning hand, since William’s card game of choice shifts from blackjack to poker as the narrative advances. As William gets involved in the World Series of Poker, he develops a nemesis of sorts in the character of an absurd Russian doofus whose clothing is covered in American flags, and who chants “U-S-A!” every time he wins a hand – which is a lot. It seems like some strangled part of what Schrader wants to say about America, but there’s no payoff to this character. That’s kind of in keeping with the meagre payoff to the movie on the whole.

The Card Counter is currently playing in cinemas.