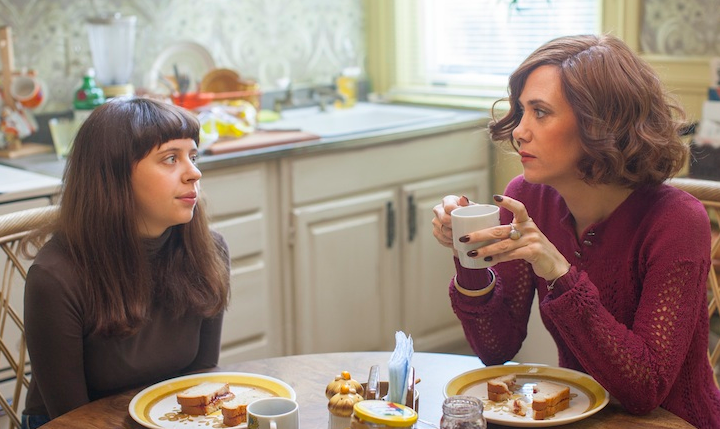 There’s no shortage of films where teenagers try to figure themselves out while animated flowers sprout up on screen and fantasy versions of themselves offer advice. In fact, there was one just a couple weeks back. What’s in lesser supply is films as astonishingly clear-eyed as The Diary of a Teenage Girl, which sets itself apart from the others in the following ways: 1) It’s set in the 1970’s, 2) It’s not actually appropriate for teenagers to watch, and 3) It’s so emotionally raw and honest, it can be difficult for almost anyone to watch. Fortunately, these all end up being very good things.

“I had sex today. Holy shit!” are the first words spoken by the teenage girl of the title, Minnie Goetze (Bel Powley). She’s narrating, as often happens in these movies, but don’t worry – she’s dictating her diary entry into one of those lanky microphones attached to a tape recorder whose keys make big ka-chunking noises, so it’s cool. The 1970’s setting is not the only indicator that this movie will be a little different. If you think her sexual partner is “that cute boy from chemistry class,” think again. It turns out Minnie has just lost her virginity to her mother’s boyfriend, 34-year-old Monroe (Alexander Skarsgard), though her mother (Kristen Wiig) is too distracted by various cigarettes and lines of cocaine to notice. If you think this has the makings of a heavy-handed tragedy, think again … again. This was the 1970’s, and that was, like, normal. As indicated by the everygirl quality of its title, The Diary of a Teenage Girl doesn’t see Minnie’s situation as particularly dysfunctional, though it’s clear the movie’s going to lay out hurdles for her to clear or stumble over during her impending period of rapid maturation. Not only is there keeping her affair a secret from her mother (and the prying eyes of her younger sister), but Minnie’s friends are setting a difficult pace to keep up with, both sexually and narcotically. All of this she channels into her artwork – the type of edgy comic strip art favored by Aline Kominsky, the artist married to Robert Crumb, whom she writes a letter in the hopes of a response. 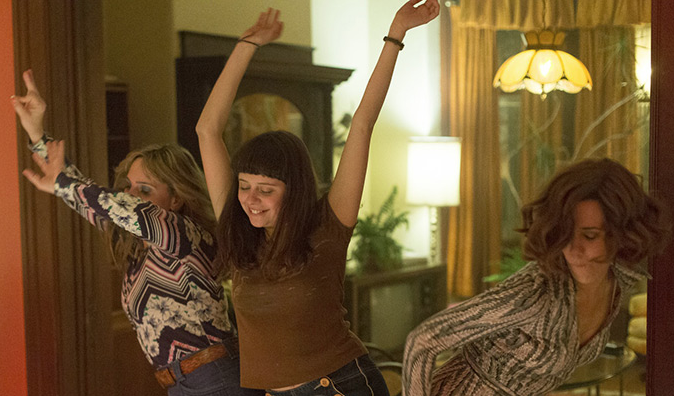 The immaculately recreated 70’s production design is just one of the ways this all feels very real. The next is Bel Powley, who might just have given the breakthrough performance of the year. With her saucer eyes, her tightly cropped bangs and her insatiable appetite for self-examination, Powley cuts a figure different from any in today’s cinematic landscape. She’s 23 as of this writing, but few actresses playing teenagers in the movies have ever done so as convincingly as Powley does here. It’s good that she’s not actually a teenager, as this movie requires her to shed every stitch of her clothing on multiple occasions, the mere first of which would have given the movie an R classification and ruled out any notion that it means to pander to young people. Although word of mouth and the sense of something forbidden will likely make this a hit with teens anyway, it has utterly no instinct to sanitize the growing pains of being young.

And where there’s no sanitation, there’s real honesty. Writer and director Marielle Heller, adapting Phoebe Gloeckner’s book, is exploring ineffable truths about socialization, body image, family relationships, budding career interests and sexual awakening, but she’s also leavening those with reminders of just how young teenagers really are. Every time we momentarily confuse Minnie for an adult, Heller and Powley remind us how green she is. Powley will lisp a word here, or ask her adult lover what his favourite colour is there, her face always considering and readjusting in a manner that it takes most actresses a whole career to perfect. And how wrong it is that she’s being taken advantage of by a 34-year-old man becomes abundantly clear. 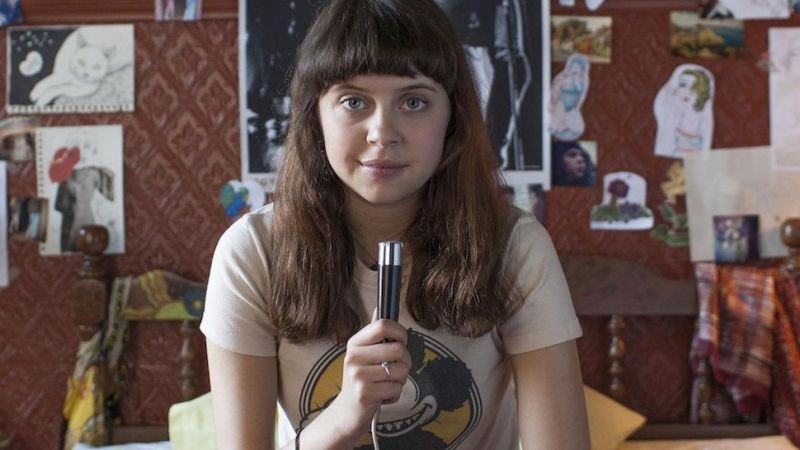 Neither is this a message movie, though. The idea that statutory rape is bad is kind of secondary to the idea that being mean or emotionally unavailable to your teenage lover is bad. After all, this movie never breaks from Minnie’s perspective, and aside from a few moments when people confront her about Monroe’s creepy behaviour, she just sees him as a receptacle for her need to love and be loved. In that same spirit, the movie actually kind of gives this guy a fair shake. He’s a bad person, no doubt, but more than anything he just suffers from the same frailties as everyone else, a notion that comes out in Skarsgard’s delicate performance. Wiig’s latest in a series of umpteen roles in indie dramedies is also one of her most effective, though it will be a relief to see her in a big budget movie like The Martian next month, just for a change of pace.

Even the ways that The Diary of a Teenage Girl is kind of like other movies you’ve seen are pretty distinct. When the animated cutaways do start to happen, they have a certain freshness to them, a certain unexpectedness. This whole production is pretty unexpected from a new voice making her feature writing and directing debut. It’s easy to imagine that what’s up next in Marielle Heller’s diary will enthrall us as much as this entry has.