"It’s a very good premise which seems to set up a classic Australian gothic narrative."

"Aaron’s investigation does not follow any real logical progression, and there is no sense of a mystery being slowly pieced together."

As the years pass and the globe gets hotter, drought will only become more and more frightening. Set in a regional town which has gone nearly a year without rain, Robert Connolly‘s The Dry flirts with telling a story that could in some measure live up to that awful image, but never quite commits and finally veers back into much more comfortable territory. 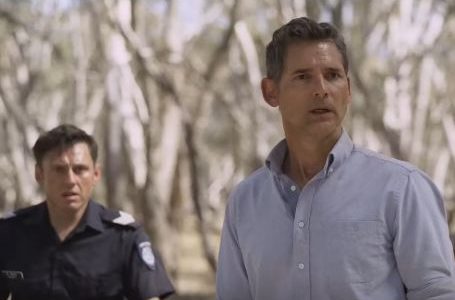 It opens with a Melbourne detective, Aaron, heading back to the town in which he grew up after an old school friend commits a murder-suicide, killing his young family and then himself. Aaron’s interactions in the town are interspersed with flashbacks showing that when he was a teenager, he covered for his friend when his friend was potentially implicated in the drowning death of Aaron’s girlfriend. Aaron begins to investigate the situation, partly to clear his friend’s name, but also, we feel, to exculpate himself.

It’s a very good premise which seems to set up a classic Australian gothic narrative. This sense is strengthened by extraordinary aerial shots of the drought-stricken landscape. Eric Bana gives a great portrayal of a tense, repressed man who is unable to defend himself against the harassment from the town’s residents, most of whom believe he was himself involved in the death of his girlfriend.

However, as the story develops, Aaron’s character seems to lose much of his depth, becoming just another depiction of a fundamentally virtuous police officer dedicated to the pursuit of truth. His own implication in events falls to the wayside as he follows his investigation, ruining the ambiguity that establishes such an unsettling atmosphere in the film’s opening act.

The Dry also has serious issues as a mystery. Aaron’s investigation does not follow any real logical progression, and there is no sense of a mystery being slowly pieced together—rather he seems to bounce around the town without any real direction, being distracted in various ways and failing to really get anywhere until the plot finally drops the solution in his lap.

This wouldn’t necessarily be an issue for the film if it maintained its atmosphere or had a deeper message (the brilliant Memories of Murder depicts an equally aimless investigation), but in the absence of those other qualities, the lack of a sense of narrative drive renders the second half of the movie something of a drag. When the mystery is finally revealed, it feels like a bit of a non sequitur. 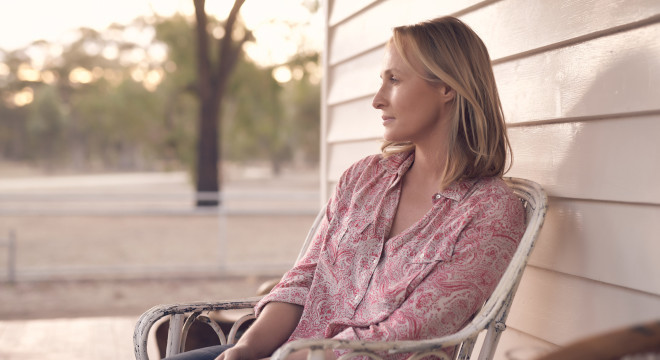 Still, the film is watchable most of the way through and the performances are good, particularly Bana and Genevieve O’Reilly as a former girlfriend of Aaron’s murdered friend. There are a lot of secondary characters who are well-drawn despite fairly limited screen time. The Dry is best approached as a fairly limited mystery such as you might encounter on the ABC. It’s just a shame the menace of the setting never translates into a suitably menacing film.

The Dry opens in cinemas on New Year’s Day.