"What elevates the film overall is the mystery at its centre and the commitment of the actors."

Dysfunctional families are the cornerstone of the indie dramedy, and as such, have started to feel pretty tired as a source of dramatic conflict. However, that doesn’t mean screenwriters can’t offer us a new take on one of these eccentric clans, thereby injecting some vitality back into the trope. Jason Bateman’s second directorial effort, The Family Fang, has such a possibility on offer. The usual dysfunctional hot-button issues are explored here, like exposure to inappropriate behaviour, reckless endangerment, emotional abuse, even incest. But in this particular family, it’s all in the name of art. (And the incest is just a brother and sister kissing on the lips in a play – albeit a moment surreptitiously orchestrated by their parents.)

The family in question starts out as just a pair of envelope-pushing performance artists, a husband and wife (Jason Butler Harner and Kathryn Hahn) who explode the social contract by staging outlandish episodes for strangers to witness. The birth of their two children – whom they refer to as Child A and Child B despite also naming them Annie and Baxter – takes their act to a new level, pushing the absurdity further through the involvement of the kids. Consider the piece where Caleb Fang dresses up as a bank security guard while sending his six-year-old son to rob the place of all its lollipops. Only young Baxter has a “real” gun, and an “errant bullet” catches Camille Fang in the side, producing a puddle of “real” blood and a daughter crying over her slain mother. Before the crowd has a chance to wrap their head around what’s going on, the family are bowing and walking off the scene. That kind of thing wouldn’t play in today’s gun-sensitive climate, but hey, it was the 1970s. 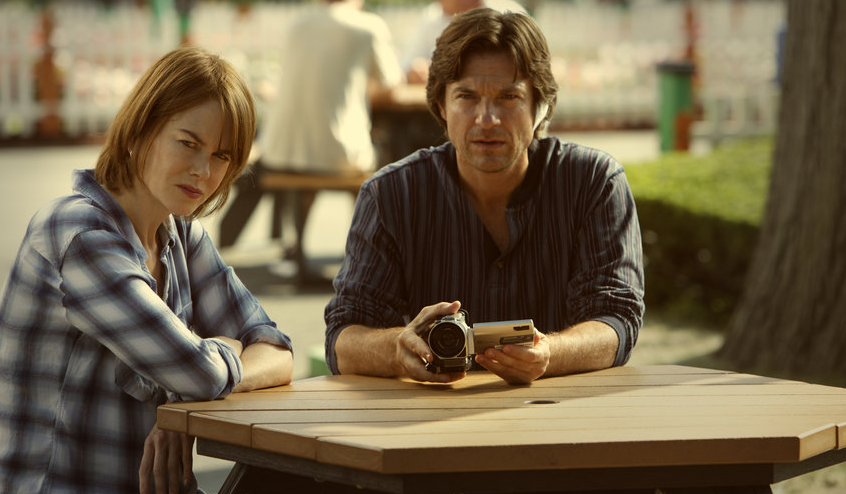 Older but not much wiser, Caleb (Christopher Walken) and Camille (Maryann Plunkett) have long since lost the cooperation of their two adult children, as Annie (Nicole Kidman) has become an actress and Baxter (Bateman) a novelist. Despite the outward appearance of success, Annie and Baxter are stunted with their own issues, while their parents are just creatively stunted. No longer able to predict the responses bystanders will have to their disruptions, and feeling left behind by a change in society’s temperament, Caleb and Camille seem ready to give up on the whole thing – which Baxter and Annie would welcome. When a tragedy strikes, their children – their primary remaining audience – don’t know whether to believe it or write it off as yet another stunt. These Fangs may be crying wolf.

The Family Fang works best during these performance pieces, which are sprinkled throughout as the narrative jumps back and forth between the present and the past. We get a real sense of these interludes’ varying levels of importance to each family member. For Caleb, they’re the endeavour that defines him; for Camille, a gas that defines her increasingly less, but keeps her husband happy; for the kids, an entertaining way to extract love and attain validation. But it actually looks like comparatively harmless fun most of the time, there’s a genuine bond between them, and there’s legitimate pride on the part of the parents, conditional though it may be. Adapting Kevin Wilson’s 2011 novel, David Lindsay-Abaire has given these episodes plenty of laughs on the page, and coaxed from us an appetite for each next one.

The movie slouches toward the more conventional in its other scenes, though. It doesn’t lean overly hard on the notion that Caleb and Camille have churned out a pair of backward adults, as Annie and Baxter are pretty much doing fine. While it’s a relief that the movie resists plumbing the depths of their souls, that decision also curiously calls into question its basic premise: that their avant garde upbringing has in some way damaged them. It’s hard to say that they are any worse off than the rest of us self-doubting adults, and they may be better off, as they have both achieved a certain success. 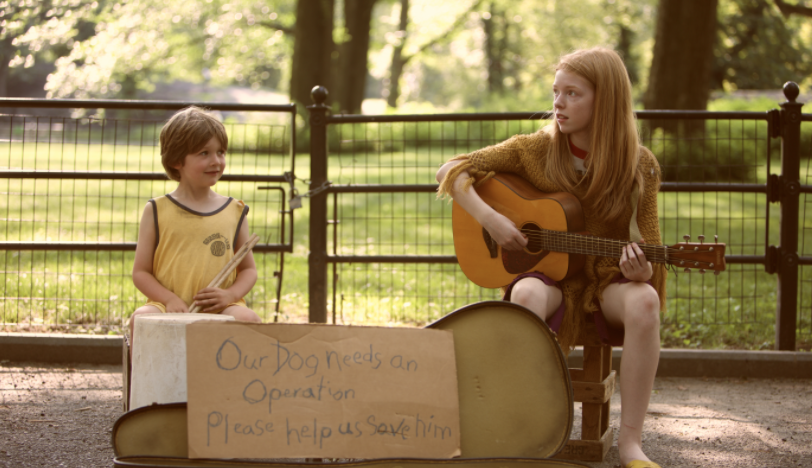 What elevates the film overall is the mystery at its centre and the commitment of the actors. Walken can seem completely adrift when he’s not invested in a project, a proclivity that has only worsened as he’s gotten into his 70s. He’s sharp here, giving us a genuinely enigmatic character who’s both a jolly prankster and a man with a cutthroat personal ambition. Kidman is the movie’s other strength in the acting department, but that’s nothing that should surprise us at this point. Bateman is a bit more distant, a possible consequence of investing more of his energies into getting the most out of Walken and Kidman.

The Family Fang plays host to an intriguing discussion of art and the artist, most directly during a documentary-style disagreement between two art critics. One finds the Fangs’ audacity shrewd and inspired, a vital voice in the performance art arena. The other deems their tricks juvenile and banal, bemusedly professing that he doesn’t “get it.” This tension is at the heart of performance art, and always will be. If using only those polar extremes as our measure, The Family Fang is probably more banal than inspired, but it does make for an enjoyable piece of art.