"If you could also get your escapism with a tad of originality or staying power, that would be a useful bonus. "

"If you’re nitpicking over the realism of The Food Club you’re clearly doing it wrong."

The Danish do lots of things well. Pastries, for example. Movies about women in their sixties, trying to work through their issues and solidify their friendships while taking a cooking class in Italy? Maybe not so much. Then again, is doing this type of movie “well” a thing in which anyone specialises? It’s really meant for a very specific subsection of the viewing audience, for whom “good enough” is very likely enough. 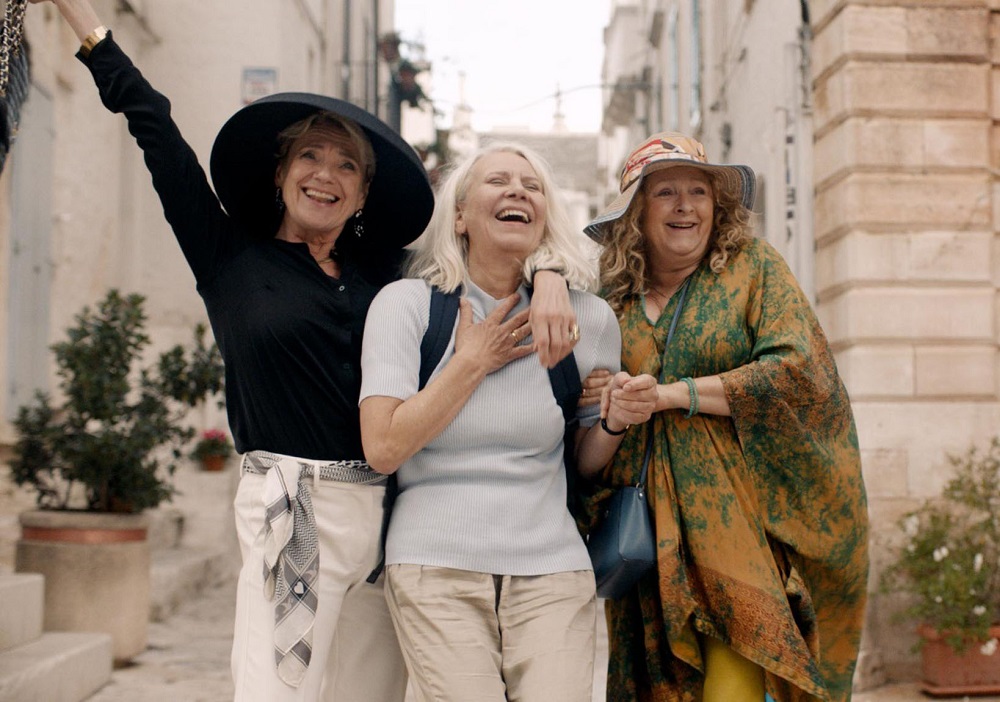 This is not to discount the value of a movie like The Food Club (or Madklubben in Danish), which opens in Australian cinemas February 4. Especially at a time when we can’t leave the country, and we actually have a lot more freedom of movement than audiences elsewhere in the world, watching characters drink wine and learn to cook among verdant vineyards is certainly the type of escapism most people can sign off on. It’s just that if you could also get your escapism with a tad of originality or staying power, that would be a useful bonus.

The Food Club’s trio of sixtysomething women are centred around a nominal protagonist, Marie (Kirsten Oleson), who is given the gift of a cooking class in Italy on the same day that she finds out the person who is supposed to be accompanying her on that trip – her husband Henrik (Peter Hesse Overgaard) – has taken a new lover and wants a divorce. This day is also Christmas. The trip, improbably, is set to begin about two days later, so Henrik figures he ought to casually tell Marie their 44-year marriage is over.

In the tradition of “I’ll go on the honeymoon anyway even though my bride/groom left me at the altar,” Marie decides to go on the trip, taking along her two childhood friends, Vanja (Kirsten Lehfeldt) and Berling (Stina Ekblad). Good thing they all happened to be having lunch the next day (despite seeing each other only once a year) and can drop plans at a moment’s notice to leave for Italy the day after that. People certainly had the ability to react to whims in pre-COVID times, but this is a bit ridiculous.

They mightn’t have needed to have the trip be, like, right now, except that the screenwriter (Anne-Marie Oleson) wanted to have New Year’s Eve fall during the trip. Sure, why not. This Italian estate and its hunky young chef (Michele Venitucci), not to mention an age-appropriate love interest for at least one of the trio (Troels Lyby), might have been romantic enough, but New Year’s Eve adds a little extra escapism to the escapism. 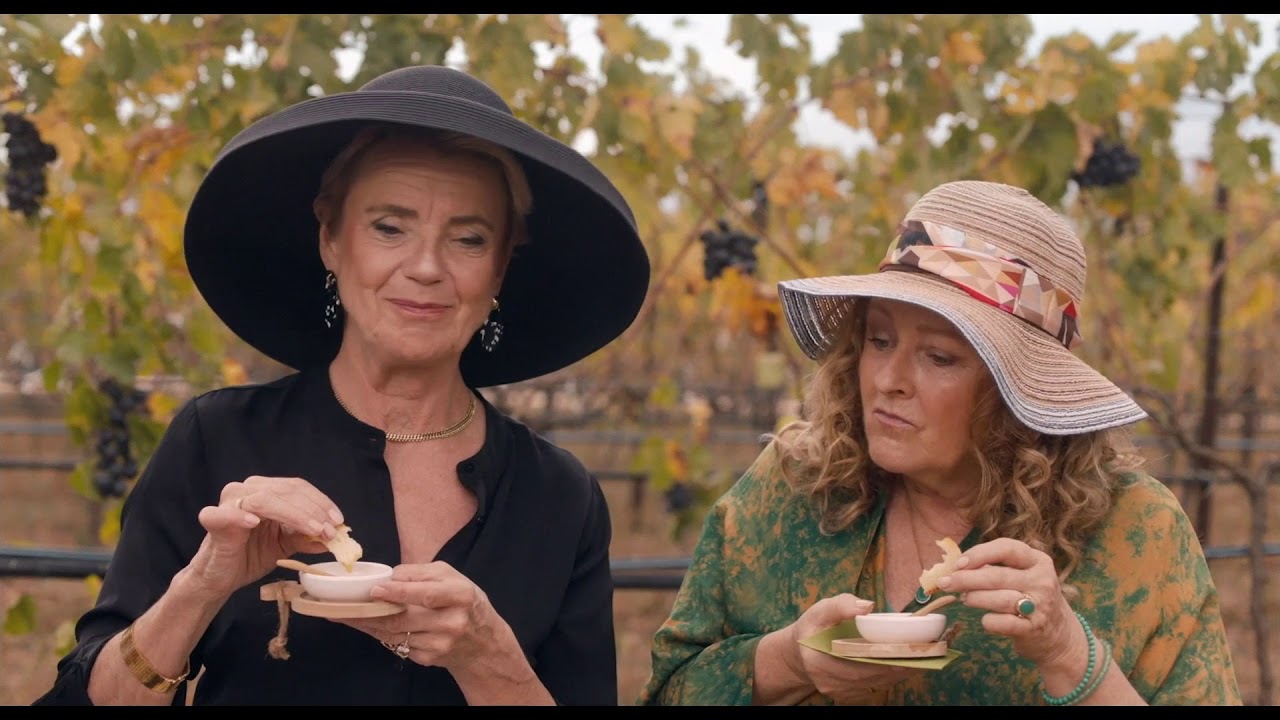 If you’re nitpicking over the realism of The Food Club you’re clearly doing it wrong. The better way to be its audience is to slip into the familiar rhythms of a story where the women rediscover their joie de vivre but also, naturally, fall afoul of each other and have one of those fights where they say mean things about each other’s life choices. This of course leads to reconciliation and brand new, better versions of themselves.

The dog lover Vanja needs to get over the death of her husband, nearly a decade in the past, and the ribald Berling needs to own up to her identity as a parent and grandparent. But Marie has the life choices most worth criticising, in part because she’s such a sop over the extremely callous betrayal of her husband. You know she’s going to get over that, but the film establishes the utter shittiness of Henrik’s dismissal so convincingly, we can’t help but feel disdain for Marie when she pines for him hopelessly. Even on the road to a better her, she needs to have more of a spine than to constantly text him in the hopes that he’ll give her the time of day, less like a spurned lover and more like a schoolgirl labouring under a wide-eyed crush. 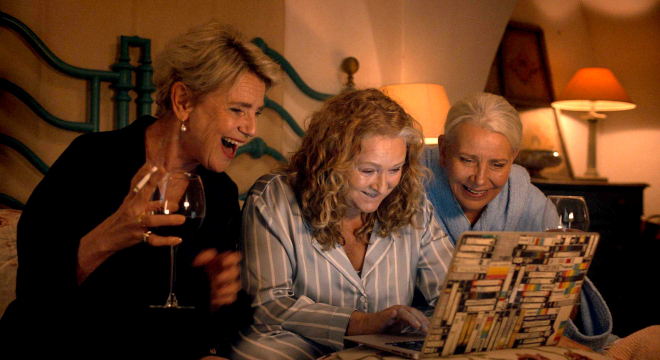 Still, The Food Club is mostly pretty conventional in its story arcs, and that’s probably all it needs to be for most of its audience. The key demographic probably also won’t quibble with this movie’s version of “edgy humour,” such as the discussion of Berling’s sex toy or a scene where the characters smoke marijuana. That’s not exactly groundbreaking material for a movie released in 2021 (or 2020 in its native country), but again, it goes down easy enough.

Really, these are actors giving likeable performances and a director (Barbara Topsoe-Rothenborg) assembling it with competence if not distinction. There are some thoughtful passages about ageing, but the actresses, none younger than 66, do a pretty good job convincing us that age is just a number. If 66-year-olds in the viewing audience can get vaccinated before they contract the virus, maybe The Food Club will inspire them to support Italy’s tourism industry as soon as they’re allowed to leave home.