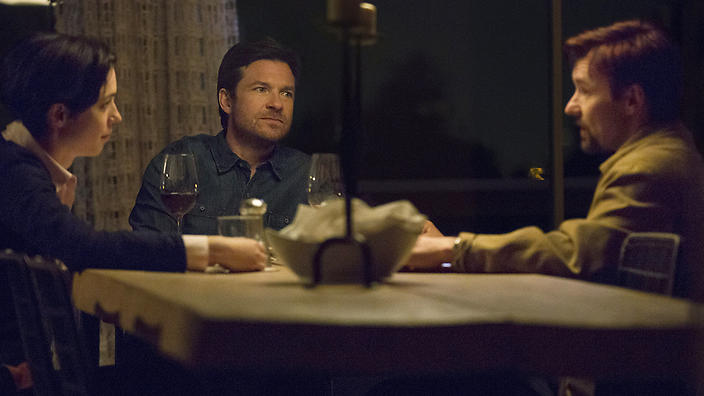 Some films are so schematic in their approach to genre conventions, they feel schematic even when they’re scrambling the assumptions those conventions are based on. While thrillers in particular deserve to have their twists, or whether they have twists at all, discussed abstractly, one thing audiences deserve more concretely is an analysis of whether these hypothetical twists are worth their time. On that score, The Gift comes up short.

Joel Edgerton’s directorial debut seems like a step backward in his ascension from Australian star, to supporting player in Hollywood, to Hollywood star, to screenwriter, and finally to director. His two previous feature writing credits, the 2008 crime drama The Square and last year’s police drama Felony, were both genre films that showed uncommon insight into the emotional lives of the characters, making both satisfying despite their flaws. Both were made here in Australia. However, in writing and directing The Gift – which is set in Los Angeles and features two American stars – Edgerton seems to have boxed himself in to something much more conventional, even when he thinks it’s unconventional.

The story concerns a couple moving from Chicago to Los Angeles for a fresh start. Simon (Jason Bateman) is a hot shot sales guy, while his wife, Robyn (Rebecca Hall), used to be an exec at a consulting firm before a post-miscarriage bout with depression derailed her professional and emotional life. They’ve purchased a dream house in the Hollywood Hills and are out shopping for furniture when they encounter Gordo (Edgerton), who claims he knows Simon from school. Simon at first doesn’t recognise Gordo, but ultimately places him as the guy they used to call “Weirdo.” Simon takes Gordo’s number with no intention of actually following up. Gordo lives up to his nickname when he shows up at their home – despite not having been given their address – and leaves a gift on their doorstep. And then another. And then another. By the time Gordo has overstayed at a thank you dinner and consumed too much wine, Simon gets the sense he’s not going to be easily brushed off, though Robyn casts a more sympathetic eye on him. As Gordo’s outwardly friendly persistence intensifies, Robyn starts to wonder if there isn’t a secret explanation why he’s devoting such attention to her husband. 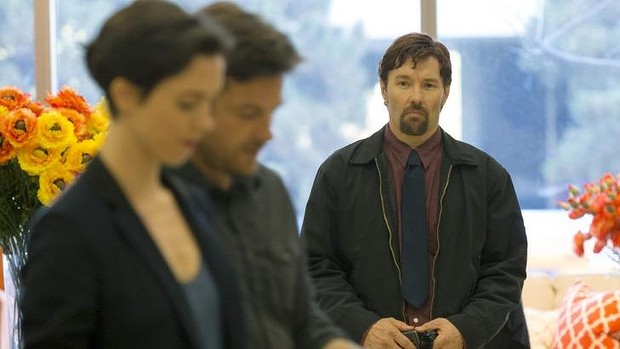 It feels as though Edgerton has made certain aspects of his film deliberately hackneyed in order to lull his audience into assumptions about the film he’s making. The dialogue is full of obvious signposts. Certain events are contrived to achieve payoffs that are obvious from the moment the event occurs. If you guess that a DVD with the words “play me” written on it will show up at some point, you guessed right. There’s even a startle scare involving a pet. There’s a purpose to all this, but it’s debatable how useful that purpose is, especially when these elements sour us on the film before the purpose has a chance to realize itself. In trying to trick us into thinking he’s made a particular kind of film, Edgerton actually makes that film.

So to talk around that purpose, it has to do with Bateman’s character, and gives us a chance to praise the work Bateman is doing here. Bateman is an actor who has always had a certain blithe misanthropy built into him. Even when he’s basically a nice guy, there’s still that part of him that seems fed up with the inadequacies of his fellow humans. Here he’s not a nice guy, but whether he’s a bad guy or just someone who treats people carelessly is up to Bateman to reckon with. And he really does so. Bateman is unafraid to cross that thin line that keeps him on the right side of audience sympathy, and he both tiptoes over and barrels over it at various points of the film. There’s always something interesting happening on his face, and it’s hard to take your eyes off him. This is not to say that Hall and Edgerton are slouches in their roles, just that they have less to do and more thankless parts to play.

The Gift has a definite sleekness, probably the result of Edward Grau’s crisp camera work, and of course the higher budget. It’s the kind of aesthetic that promises something truly profound and unsettling, rather than the neutered version of that. What’s most neutered about The Gift is Edgerton himself. Although he’s trying to do something that could be clever and is most certainly topical, what he actually does is demonstrate that he left his heart in Australia.