"The Sopranos prequel The Many Saints of Newark fares pretty well in entertainment value, even if it can’t make a strong argument for its existence beyond fan service. "

"Chase also has some shrewd ways to continue the high concept gimmick on which the series was based, the examination of the psychological profile of a gangster."

When considering the virtues of a movie inspired by a long-running TV show, you have to balance up the entertainment value versus the obvious lack of necessity. Such a movie does not usually exist to continue the unfinished business of the show, because if it was popular enough to warrant the sort of financial investment involved in a feature film, it surely ran its full arc to completion on the small screen. No, such a movie is usually triggered by either the restlessness of a creator who can’t leave behind his or her most famous characters, or more likely, the holy dollar. Think the Breaking Bad movie as an example of the former, the soon-to-be two Downton Abbey movies an example of the latter. 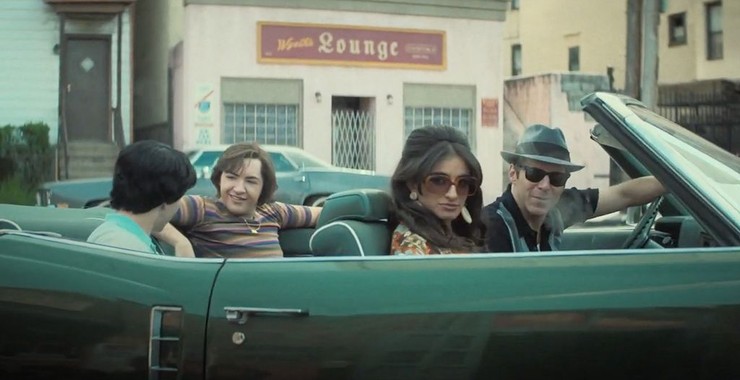 The Sopranos prequel The Many Saints of Newark fares pretty well in entertainment value, even if it can’t make a strong argument for its existence beyond fan service. The mild self-indulgence practised here by David Chase, though, can’t be mistaken for a crass money grab, in part because the most common audience enticement in this scenario – a reunion with the beloved actors – does not apply. Not a single actor who appeared on the series appears here, as Chase isn’t interested in the ageing down technology that featured prominently in another recent mobster movie, The Irishman. If you’re watching The Many Saints of Newark, you’re in it for the world Chase created, which kicked off what we now think of as peak TV.

Chase is, however, interested in Tony Soprano, and to play the teenage version of the world’s most famous seeker of psychiatric guidance, he’s cast a James Gandolfini doppelganger. It’s not just good casting – it’s actually Gandolfini’s son, Michael, a comparative novice in only his third prominent role. While it’s fun and a bit sentimental to see the spitting image of his father, who died in 2013, up there on screen, and he’s got enough ability to forge his own acting career, this is not really Tony’s movie. Which is a good thing, because we don’t really want to see a teenage Tony Soprano going around whacking people.

The adult star of the film is Tony’s mentor, Dickie Moltisanti (Alessandro Nivola), also the father to Christopher Moltisanti, who narrates this film from 30 years in the future and beyond the grave. (So there is in fact one actor from the show, if you want to count Michael Imperioli’s functional but superfluous voiceover work.) The film covers about a five-year period from the late 1960s to the early 1970s, enough time to change out the actor playing Tony, and more than enough time to establish Dickie – who was spoken of in hushed tones of respect on the show – as a total psychopath. His hair trigger temper results in more than one accidental death, to accompany the more intentional ones during a period of unrest among greater New Jersey mafia, not to mention the real 1967 Newark riots that followed the assault of a Black cab driver by two white police officers.

It’s not a strong standalone narrative – these sorts of films needn’t be – but it does try for something larger than the show by following the parallel narrative of an aspiring Black gangster named Harold McBrayer (Leslie Odom Jr.), whose interests overlap with those of Dickie and his crew. Joining Dickie’s criminal enterprises are younger versions of familiar characters, namely Corrado “Junior” Soprano (Corey Stoll), Paulie Walnuts (Billy Magnussen), Silvio Dante (John Magaro), Pussy Bonpensiero (Samson Moeakiola), and the grand matriarch herself, Livia Soprano (Vera Farmiga). Two of the most prominent new characters are played by Ray Liotta in a dual role, which nicely ties together the great mafia story that kicked off the 1990s, Goodfellas, with the one that bookended that decade on the other side.

It won’t surprise you to learn that there is a decent amount of fan service here, with a few stories that came up during bull sessions on the show getting dramatised for the first time, and a few other knowing winks that verge on the cheeky. One of these, for example, is that the groundwork for Tony’s future relationship with his psychiatrist, Dr. Melfi, seems to be laid in sessions speaking to his (female) high school guidance counsellor.

Chase is not one to condescend to his audience with too much of this, though. He’s serious about storytelling, and many of the characters we know from the show add little more than flavour to the drama rather than sidetracking it with self-reflexivity. He knows that a deep dive into a character none of us knew can enrichen what we know about the familiar characters he influenced. Nivola and Liotta, the latter of whom seems to only be getting better with age, play characters we haven’t met before, and they are the best parts of the film. 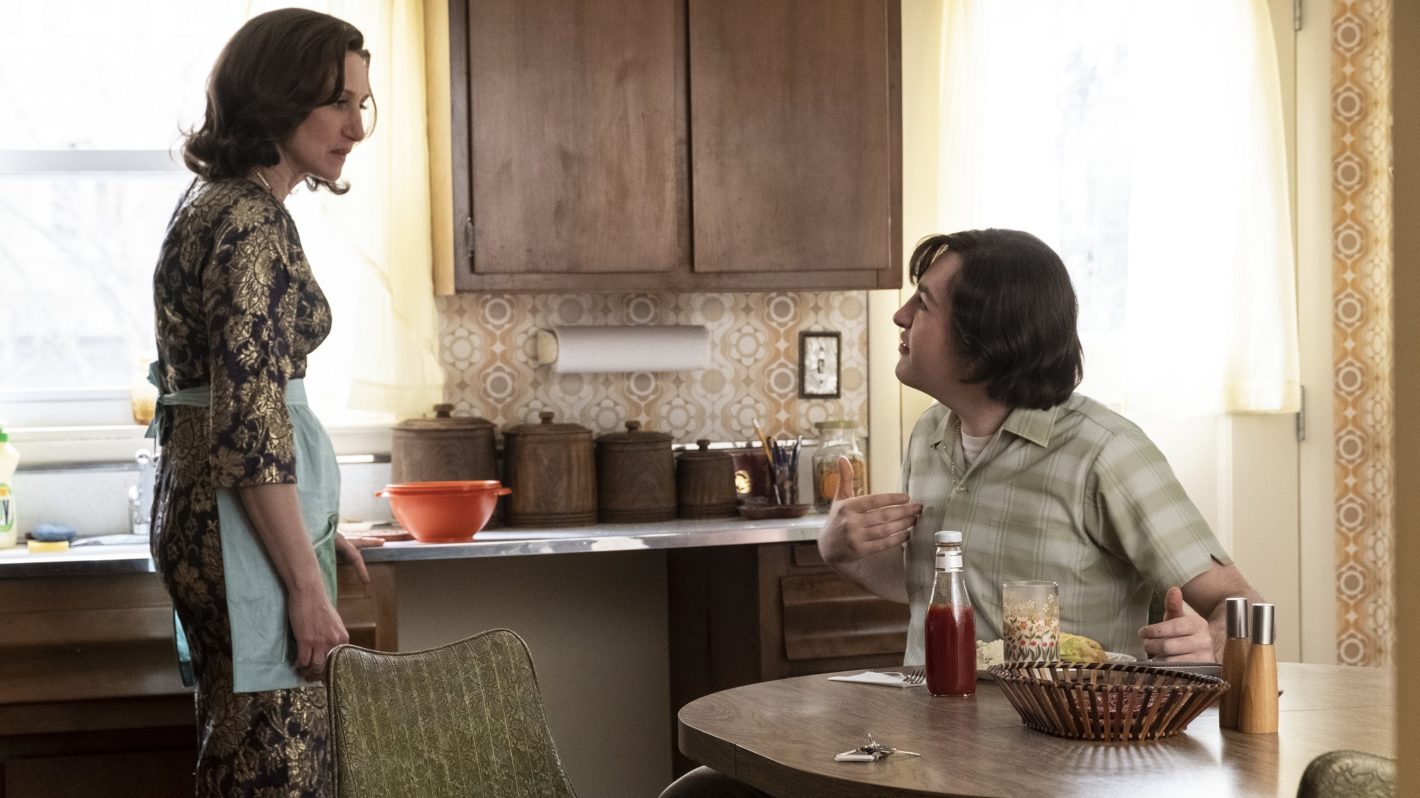 Chase also has some shrewd ways to continue the high concept gimmick on which the series was based, the examination of the psychological profile of a gangster. Tony’s mother issues were enough to fill a journal of psychiatry, and we get one more here in the way Farmiga plays Livia, as directed by Alan Taylor. Varmiga is basically doing an impersonation of Edie Falco, who played Tony’s wife Carmela on the show. That Tony should be attracted to a woman who reminds him of his own mother is a clever method of layering in the character details, in a way the younger Gandolfini isn’t currently capable of doing, or this story isn’t interested in doing as its primary focus. Carmela also makes a brief appearance, her one scene feeling predictive of future developments in their lives.

Because this is a Sopranos movie, you also get a generous helping of genre moments. There’s murder. There’s torture. There’s men mistreating their wives and their comares, the mistresses every made man is permitted to have. There are delicious-looking meals. There are characters talking shit and busting balls. There’s racism and there’s misogyny and there’s some small supply of every social ill known to man. 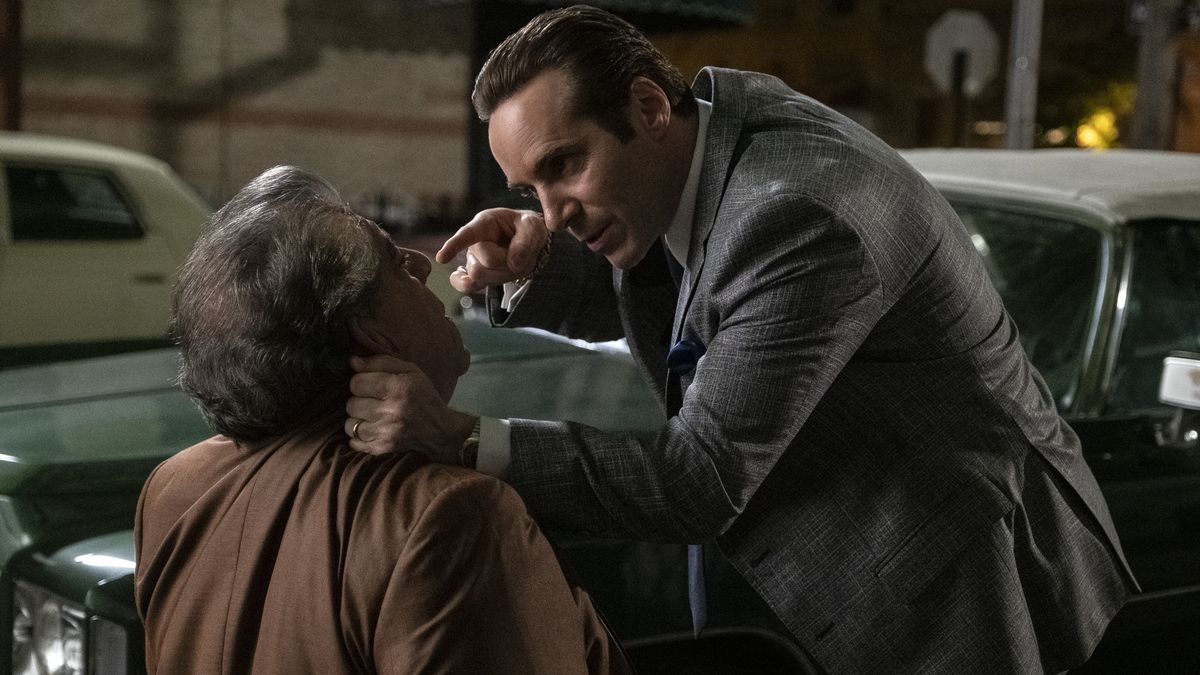 It all adds up to something inessential but certainly watchable, a film that is surely going to play better to big Sopranos nerds, and may require more than a passing familiarity with the show for everyone else. Then again, audiences have proven time and again that they love watching Italian American criminals just doing their thing, as evidenced by the popularity of this TV show, and even the uninitiated should get plenty of that from The Many Saints of Newark.

The Many Saints of Newark is currently playing in cinemas.