"Its conclusions about what we might do, if confronted with an extreme version of our current scenario, are not hopeful."

"To look at the movie merely as an allegory for capitalism vs. socialism is to fail to appreciate how fun it is."

There may be no more perfect film than The Platform to have made its Netflix debut during the first ominous weeks of COVID-19 panic and lockdown. Using a high-concept setting that recalls Cube and the lesser-seen Circle, the Spanish film explores how a society apportions its limited resources so there are enough for everybody – a moral quandary that’s with you every time you’re at the grocery store, debating whether to add to your stockpile of toilet paper and rice, or leave the available supply for someone who needs it more. 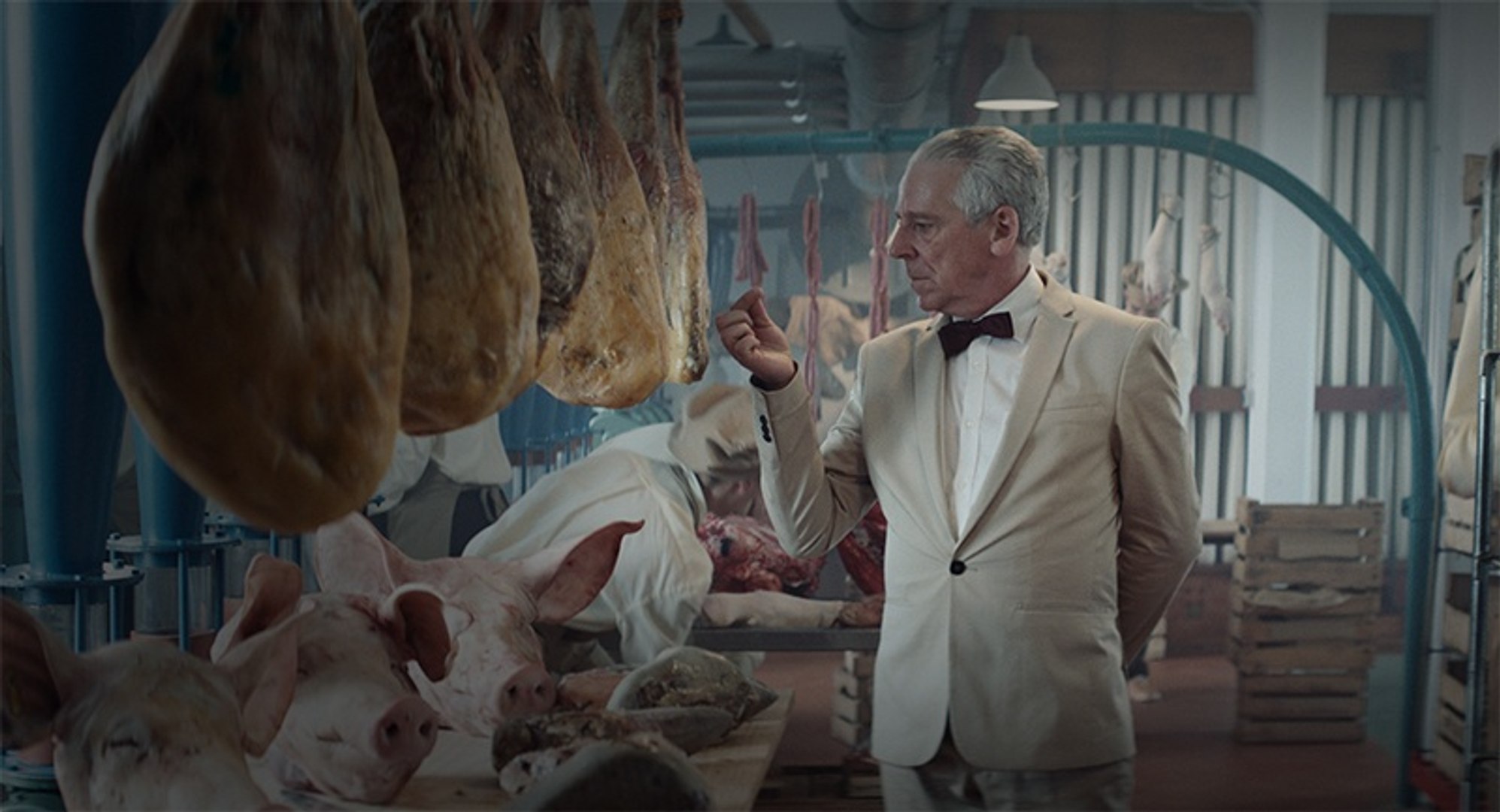 On the other hand, this could also be the worst time for The Platform to be hitting our eyeballs. It may be too real and anxiety-producing if we’re looking to escape through counterprogramming. But more than that, its conclusions about what we might do, if confronted with an extreme version of our current scenario, are not hopeful.

“The Hole” is a massive structure – how massive, no one really knows – that consists of a series of identical levels and a giant shaft down the middle, about the same dimensions as a lift. Each level is comprised of spartan concrete and only the bare essentials of two beds, a sink and a toilet – and two people, of course. They’ve awoken for a month-long stay before moving on to another level. They’re there by choice, to achieve some goal in the outside world – except those who aren’t.

The residents of The Hole spend their whole day with a luxury item they’ve brought in with them, conversing with their “flat-mate” if they so choose. Each day they await a single five-minute period when a platform travels down the shaft, containing whatever remains of a high-end banquet that was prepared at the top level, consisting of a smorgasbord of delectable dishes. The lower the platform descends, the more the remnants start to look like table scraps fit for the dog. But it’s all they’ll have to eat for the next 24 hours, and if they try to save so much as a morsel for later consumption, there will be dire consequences.

Goreng (Ivan Massague) has applied for a six-month stint in The Hole in order to get a “certified diploma” upon completion, which will help him get work in whatever mad world this is. He’s hoping it will have the fringe benefit of helping him quit smoking and giving him the chance to read Don Quixote, which he brings in as his luxury item. His flat-mate, Trimagasi (Zorian Eguileor), chuckles at Goreng’s naivete. After all, he’s been in there a lot longer, and has visited floors far, far below the 48th floor on which they currently reside. 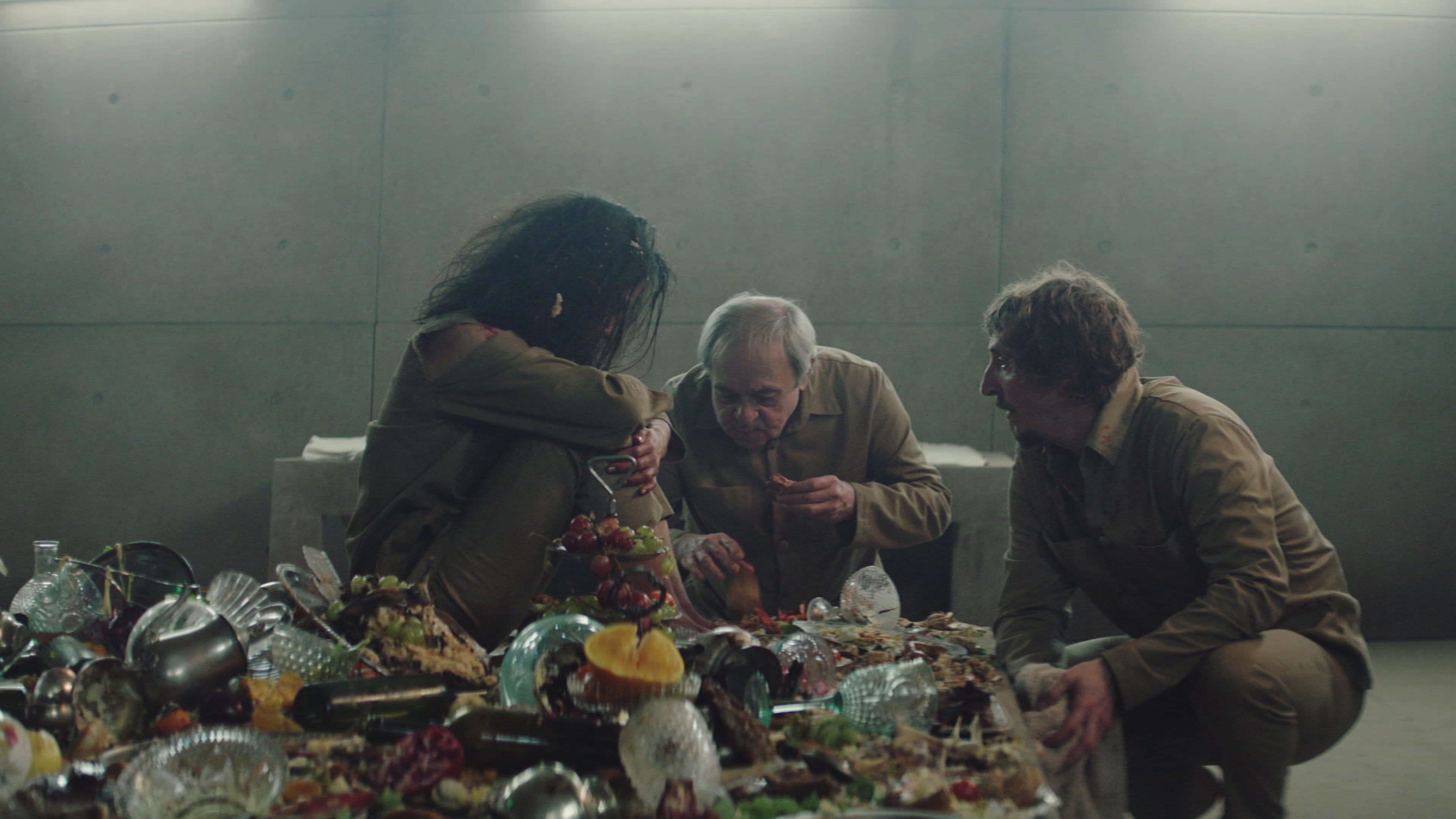 The Platform was a hit at last year’s Toronto International Film Festival, winning the People’s Choice Award for Midnight Madness, long before any of us knew what a coronavirus was. But it’s hard to believe the makers of this film (director Galder Gaztelu-Urrutia, writers David Desola and Pedro Rivero) did not specifically tailor their social commentary for an event like the current pandemic. The perverse “Administration,” the faceless organisation that runs this world, seems to have had social experimentation in mind when constructing a form of torture/prison that involves the higher strata of society choosing whether to fill their bellies – metaphorically or otherwise – or subject themselves to need for the greater good. It’s a dynamic that exists in society at all times, but never more acutely than now.

To look at the movie merely as an allegory for capitalism vs. socialism is to fail to appreciate how fun it is, especially for genre fans. The Platform slots in quite nicely amid a healthy tradition of dystopian films that require the characters to adapt to their new circumstances or die trying. The Saw films are broadly an example of this, but more instructive for this discussion is something like Vincenzo Natali’s Cube and its two sequels. In that film, characters awaken in an interlocking series of cube-shaped rooms that have exits on every floor, wall and ceiling, and have to find their way through them despite booby traps intent on killing them.

While the rules there were discovered on pain of death, The Platform takes that same sadism of a future Big Brother society and gives it a definite shape. The inhabitants of The Hole have a sense of how to possibly survive their time there, especially if they’re able to fatten themselves up on a high level floor for 30 days before braving the pit’s nether regions. But every amount of fattening kills someone below them, and next month, it might be them.

What makes this a more profound study of human nature is that it’s not just a study of a person’s ability to adapt to survive. It’s a study of a person’s willingness to change the system and faith that others will follow suit, as they too have experienced both surplus and privation. In a way, it’s like the Joker’s ferry experiment in The Dark Knight, except at feature length.

There’s plenty of gruesome elements to The Platform, as you would expect – when the food is gone, so are the normal dietary taboos. There is also, however, a real funny streak, as well as a cleverness to the writing that includes numerous callbacks to earlier scenes and bits of dialogue. Part of the sardonic humour is that one character tags every bit of information he reveals about The Hole with the word “obvio,” which is Spanish for “obviously.” As in, “The people above us are the people on level 47. Obvio.” 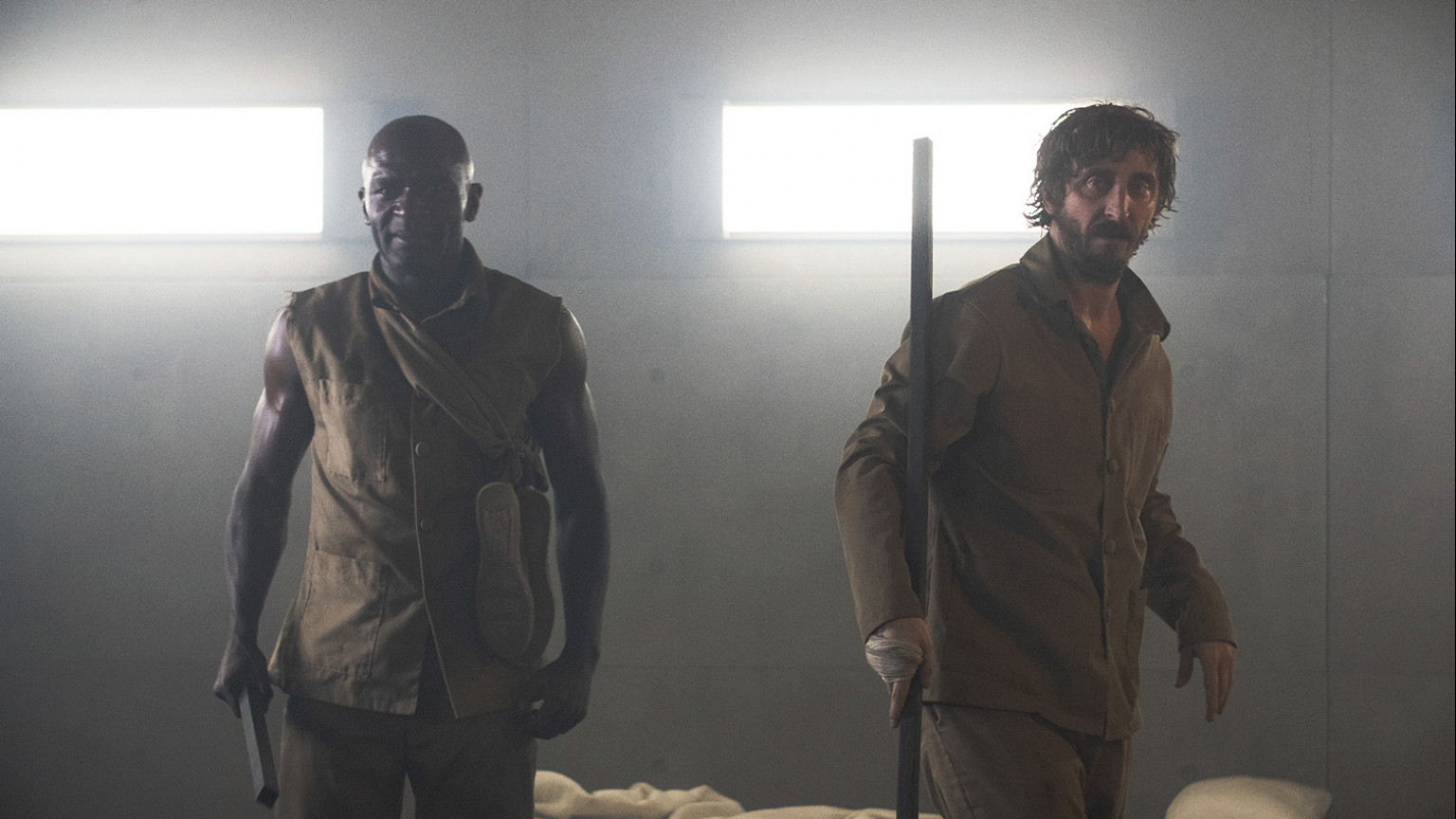 The beauty of The Platform is that even with many aspects seeming “obvio,” as in, clearly derived from the circumstances at hand, it’s full of surprises – regular exhilarating reveals and gut punches that leave you hungry, as it were, for what comes next. We don’t know what’s coming next in the real world, but movies that help us make sense of it, using the unique tools of cinema, will remain a comfort.