"Sentiment trumps information in The Post, which is a mistake. "

Great newspaper movies thrive in the details. The bigger picture is only important to those women and men chasing it down. The grunt work involved in the chase, the infatuation for the story and the truth; that’s what matters. One great newspaper movie is David Fincher’s Zodiac, which followed employees of the San Francisco Chronicle tracking the identity of the serial killer who called himself ‘the Zodiac’. The killer is secondary. Fincher is more interested in the obsession of the men trying to find him. Most of the film is occupied by research and analysis. Fincher’s is a brain for fine details.

Steven Spielberg’s is not, not in the same sense. Spielberg is a filmmaker of remarkable virtue whose innate comprehension of the medium hasn’t been as apparent in recent years. But he has always been a broad filmmaker, which is why Spielberg’s best movies, like Jaws or Raiders of the Lost Ark are broad in scope and style. He is a composer whereas Fincher is a manipulator. Fincher wants in on the nitty gritty, Spielberg is compelled forward by the end result. 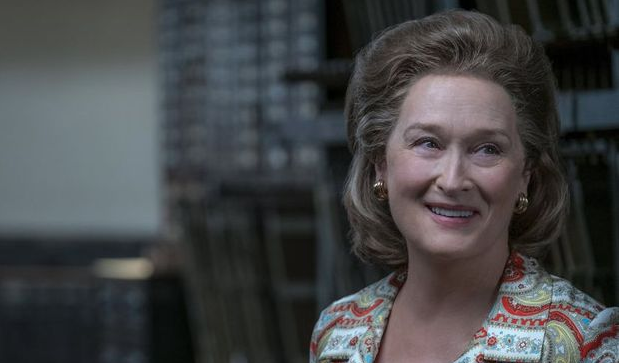 In that regard, Spielberg is not the most immediately appropriate person to control the content of his latest film, The Post. It very much wants to be a newspaper film, bearing a striking similarity to Tom McCarthy’s Spotlight, but McCarthy’s film was without ego. Its mastery was in its simplicity, and the near-perfection in its composition. Spielberg can’t quite detach his sense of style from his subject matter. That’s understandable for a filmmaker who has spent almost fifty years conveying that sense of style, but the material here suffers for it. Spielberg can’t shake his inclination to shoot the film as an action/adventure.

With the current climate of animosity from the White House toward the contemporary press the way it is, The Post is timely. During the early 1970s, Richard Nixon was wading through the convoluted embarrassment of the Vietnam War. His disdain for newspaper coverage of the war extended to an injunction by his administration to shut down articles in The New York Times that included leaked classified material; material that detailed the longstanding governmental awareness that victory in Vietnam was impossible.

In the absence of the newspaper juggernaut, The Washington Post editor Benjamin Bradlee (Tom Hanks – played by Jason Robards in an excellent newspaper movie, All The President’s Men) senses an opportunity to publish the sensational material in his own paper. An ally and an obstacle is Katherine Graham (Meryl Streep), the paper’s publisher, who has inherited her vocation from her deceased husband, who in turn was handed it by her father. Graham’s interest in pushing Bradley’s agenda is impeded by a boardroom full of men who don’t want to risk the financial security of the newspaper as well as her own personal friendship with Robert McNamara (Bruce Greenwood), unfavourably portrayed in the leaked documents.

Creedence Clearwater Revival is short hand for the Vietnam war, bad haircuts are short hand for the Seventies and significant moments are undercut by Spielberg’s creative tics. During an all-night, down to the wire sequence at Bradlee’s house in which a team of reporters sift through thousands of out of order pages, Spielberg can’t resist introducing the distraction of Bradlee’s daughter selling cups of lemonade. It’s Spielberg’s zest for humanism, something that he pursues doggedly even when it’s entirely inappropriate in relation to his material. In relation to The Post, it’s thoughtless filmmaking. If great newspaper movies thrive in the details, Bradlee’s lemonade-selling daughter is the wrong sort of detail. 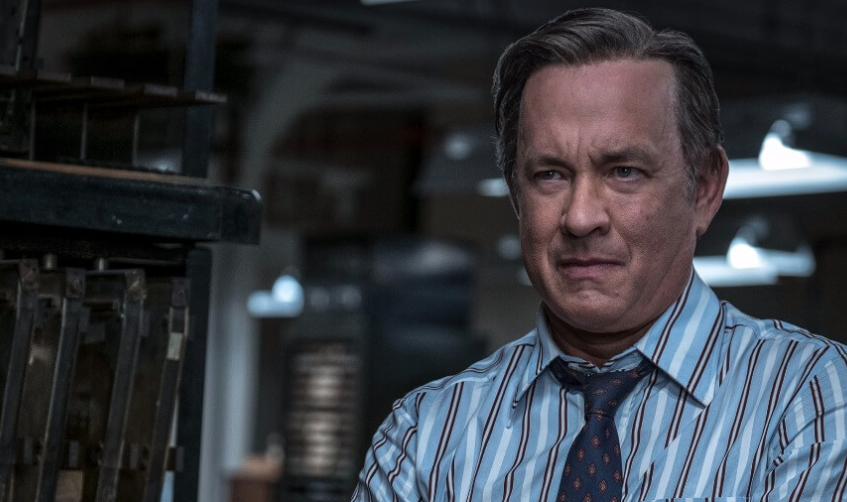 Sentiment trumps information in The Post, which is a mistake. Spielberg is more interested in stories and characters, when fact is paramount here. That’s why he’s not the right man for this job. Spotlight, Zodiac and All The President’s Men generated excitement through procedure, whereas The Post is a thriller, set around the same rough framework as those films. The excitement is generated through Spielberg’s command over emotion.

Spielberg’s principle assets and failings are readily apparent. He is a natural filmmaker and has occupied his two central characters with actors of immense charisma. For those benefits, The Post is rarely dull. But there’s no sense of urgency. Spielberg wouldn’t have made a movie like this and released it just in time for the awards season if money triumphed over journalistic integrity. He also misses the point about  that journalistic integrity. For every long-winded speech about bravery and freedom of speech, and every reminder of the stakes at hand, Spielberg is forgetting that it’s journalism that makes good journalism.