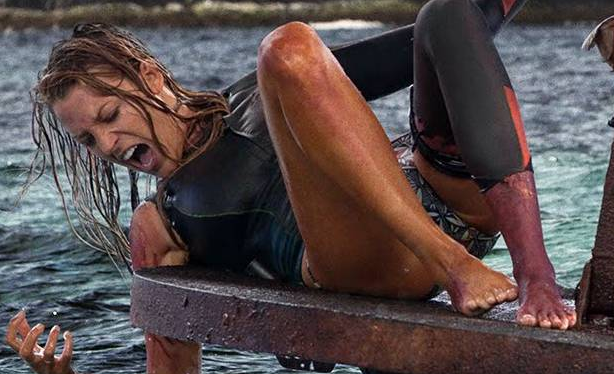 The new movie The Shallows bears the most obvious similarity to Open Water, in which two divers on holiday are accidentally left behind for shark food. But it’s also got a healthy dose of the survivalism of 127 Hours, and any film where a killer shark stalks one particular victim has the spectre of Jaws swimming around in its background. Sprinkle in a definite millennial flavour – your Facetimes, your GoPros, your swiping of photos on android phones – and you’ve got a very watchable twenty teens update of these films, but one that does not reach their heights.

There’s a lot of improbable nonsense in Jaume Callet-Serra’s movie, but there’s also a pretty taut survival thriller in among that. The nonsense starts with an American medical student and surfer named Nancy (Blake Lively) making a pilgrimage to a beach in Mexico where her mother, who recently died of cancer, came to celebrate when she first learned she was pregnant. It’s a secret beach, and any time Nancy asks its name, the locals wink and change the subject. There’s your nod to 127 Hours, as Nancy is completely off the grid when her story of survival begins. It begins with her staying out for that fateful “one last wave” after a couple local surfers have decided to pack it in for the day. Her curiosity gets the best of her as she paddles closer to the corpse of a whale floating nearby, attracting seagulls. The gulls aren’t the only ones feasting, as a shark soon makes its presence known through a nasty bite on Nancy’s leg. It’s not nasty enough to kill her, and she manages to swim to some nearby rocks that protrude above the surface of the water – but only at low tide. As the shark lurks nearby, she’ll have to wait out the night, or possibly longer. After all, it’s a secret beach. 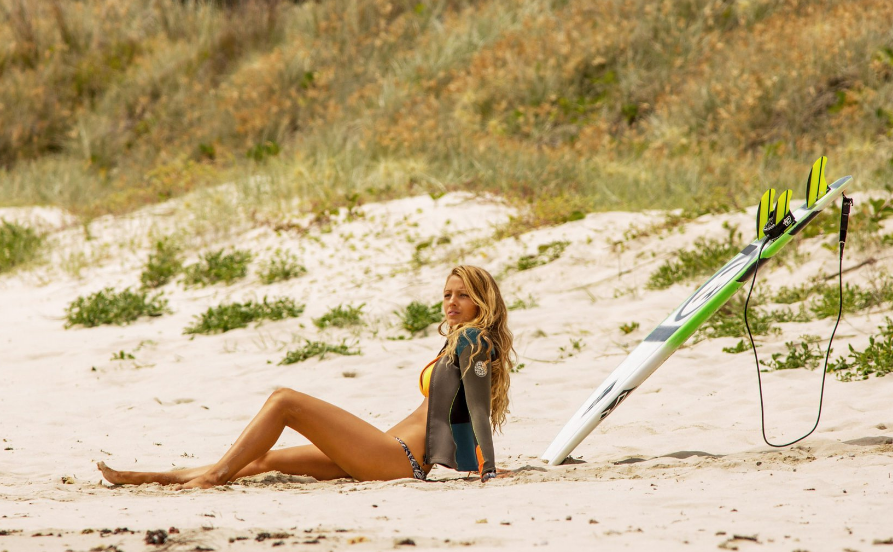 The first question in a movie that requires a single actor to carry the whole thing is whether she’s up to the task. Lively may not be James Franco in 127 Hours – he was nominated for an Oscar – but she holds her own surprisingly well for an actress who cut her teeth on the soap opera Gossip Girl. She’s credible with the various gasps of pain and expressions of panic and screams for help and delirious mutterings. It’s not going to win her any awards, but her performance is one of the film’s strengths rather than one of its weaknesses.

There are plenty of weaknesses, though. A number of those are in Anthony Jaswinski’s script, which struggles to find interesting set pieces to ensnare Nancy while she’s trying to evade the insatiable shark. (The insatiability of that appetite being one of the movie’s most glaring flaws.) The poorly timed appearance of a school of jellyfish is one such absurdity, reminding a person of that scene in Finding Nemo, except played as realism. Then there’s Nancy’s unlikely understanding of the elements in her environment and how she might put them to use defending herself against or actually fighting the shark. But really, the shark itself is the biggest culprit. It lurks and lingers and bides its time, and then makes the type of ferocious lunges that suggest a creature that is actually angry. A real shark seems more likely to give up and move on once the scent of blood has gone cold. I suppose the presence of the whale corpse and Nancy’s bloody leg replenishes that scent, but this shark still has more in common with a serial killer than a fish. 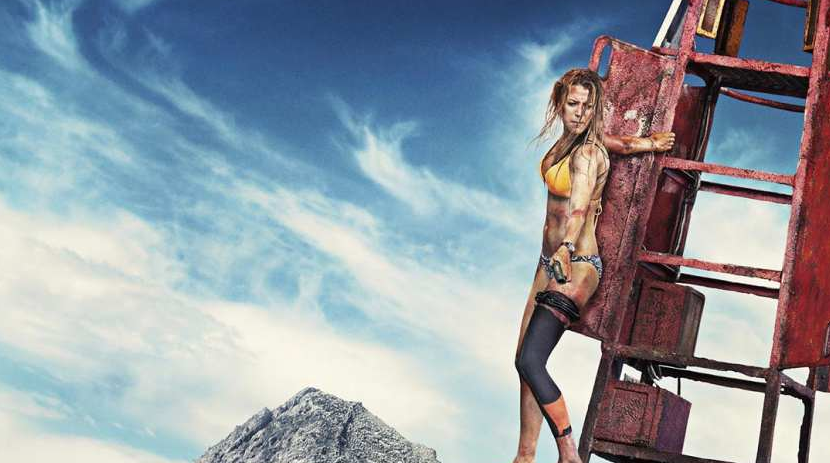 Callet-Serra’s filmmaking style is alternately a strength and a weakness.  He belongs to a school of modern directors whose visual approach can be referred to as “generically flashy,” which means he’s up to some interesting techniques but has no distinctive calling card. The results are films that are slick but forgettable, like his trio of collaborations with Liam Neeson (Unknown, Non-Stop and Run All Night). The Shallows does represent a step forward in ambition for Callet-Serra, and an uptick in results. The waves look like great twinkling walls of water, the colours are crisp and saturated, the camera swoops around its subject in a style that Michael Bay has perfected. If that seems like a back-handed compliment, it’s not the only thing Callet-Serra has in common with Bay. The film is fascinated enough with Lively’s curves to be noticeable, giving us one too many lascivious close-ups of her zipping her breasts into a wetsuit.

Taken just as a popcorn movie that gets in and out quickly and does what it sets out to do, The Shallows is a success. Asking more of it will get you nowhere. The film does try to incorporate sentiment with the loss of Nancy’s mother and how that affects her will to survive, but these bits tend to fall flat. As woman vs. fish, it’s a good time.