"For better or worse, this is about the most “Deltorian” of any of del Toro’s films..."

"Del Toro’s story does have its fingers in a lot of different socio-political pies..."

As a title, The Shape of Water sounds like a bit of poetic abstraction given a certain literalism, as the movie is about an aquatic manimal reminiscent of the Creature from the Black Lagoon. But intentionally or no, the title has thematic resonance beyond that. Water is infinitely malleable; it takes the shape of whatever container it is poured into. As such, the creature at the heart of Guillermo del Toro’s latest is seen differently by different people depending on their own “shape,” by their individual capacity for kindness or hatred.

If only the shapes of del Toro’s films didn’t all feel kind of the same. For better or worse, this is about the most “Deltorian” of any of del Toro’s films, luxuriating as it does in fantastical creatures (given life by frequent collaborator Doug Jones) against a period design that’s almost preciously fussy. To leave us taken aback and to give the movie his distinctive stamp, it’s also freer with violence, sexuality and bad language than a movie of this nature, which could have been made by Jean-Pierre Jeunet or even Tim Burton, would typically be. But as he did almost all these things in Pan’s Labyrinth 11 years ago, and did them better, it leaves The Shape of Water feeling less fresh than he undoubtedly thinks it is. 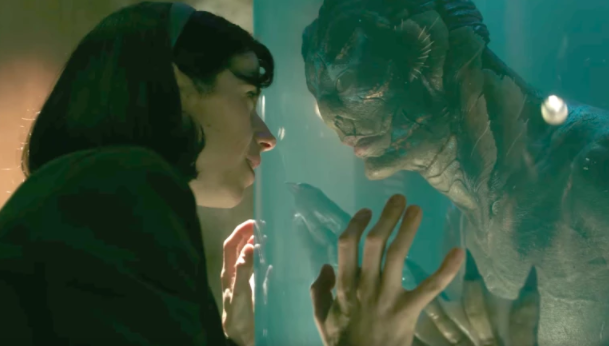 One day a team of scientists led by a tall drink of water (Michael Shannon), who would twirl his moustache if he had one, wheels in a tank about the size and shape of a coffin, carrying something they discovered in South America. In their own terrestrial, or perhaps aquatic, version of the space race, they need to either figure out what this thing is, or kill it, before the Soviets do.

Sensing a kindred spirit, Elisa befriends this aqua man by offering him a hard-boiled egg. As you do. That she would do this with such comparative nonchalance is a bit unusual, as she witnessed the aftermath of the creature biting off two fingers of a man who got too close to it. I guess they didn’t believe much in non-disclosure agreements back then either. Or more likely, and this could have really been the case, the cleaning staff was so looked down upon by these men of science and guns that they never thought a lowly woman – a mute one at that – posed them any threat.

Del Toro’s story does have its fingers in a lot of different socio-political pies (which is sort of a pun, as the character played by Richard Jenkins buys a lot of key lime pie to cozy up to the stud in the tight uniform who sells them). It’s not only touching on the cruelty of an unfeeling government toward animals and the environment, but also toward the lower classes of its society, be they African Americans (Octavia Spencer plays Elisa’s bestie) or homosexuals (Jenkins) or even artists (also Jenkins). The movie’s environmental message is perhaps its least subtle, as the film is not only bathed in luscious pastel greens, but it’s an actual point of conversation that green is the trending colour – something Shannon’s Richard Strickland actively views as suspicious. 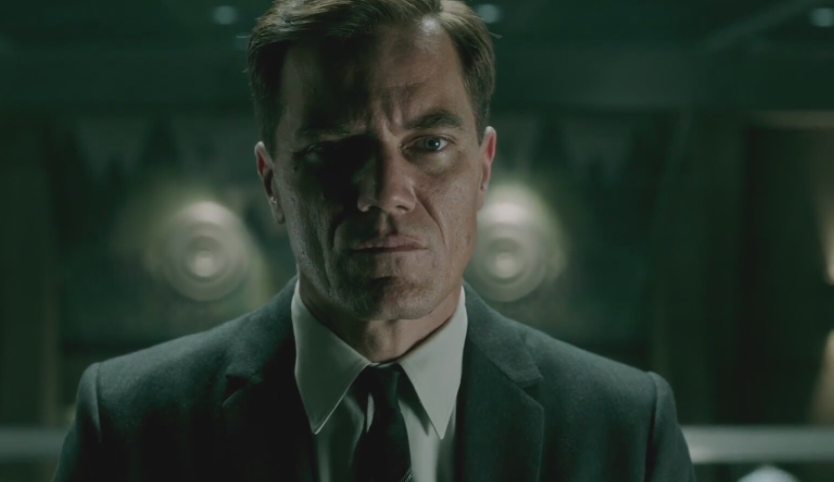 Maybe this shouldn’t come as a surprise, as science fiction has often been used as a means of holding a mirror up to society’s prejudices. The fear of “other” was especially acute during the Cold War, and what more “other” could you have than the creature played by Doug Jones, with his fish eyes and reptilian skin? The design of this being is a triumph, but again, he sort of feels like he pales in comparison to the Pale Man, the beastie with eyeballs set into his palms from Pan’s Labyrinth. He’s imaginative, but he’s not as imaginative, and darn del Toro for setting the bar too high.

Still, the relationship between “Amphibian Man” (as he his known in the credits) and Elisa is something the film absolutely gets right. Whether we believe that a kinship, and even a sexual relationship, would grow out of their nighttime visits listening to records on Elisa’s record player is a bit beside the point. There’s a tenderness to this bond that you just go with, if you are any type of romantic at all. And if you’re not, maybe this is not the movie for you. 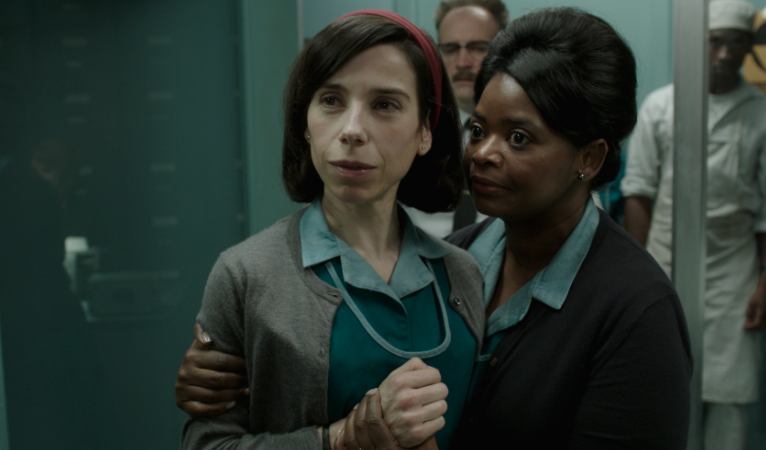 Sally Hawkins is also a real boon to the production. Showing her range in a rather literal fashion – Hawkins once starred in a movie called Happy Go Lucky in which her character simply would not shut up – she fully embodies the tics and mannerisms of a person who hasn’t been able to speak her whole life. There’s a certain ethereal majesty to her presence that makes it hard to take your eyes off her. Even as the very conception of her character is on the twee side, she overpowers all doubts. There’s an Oscar nomination in the offing for her.

Without Pan’s Labyrinth as a point of reference, it’s easy to imagine diving into this movie with the same vigour as you dove into that watershed film. (Okay, enough with the water puns.) But that movie is out there, and The Shape of Water feels more like a revisitation of past grounds broken by del Toro than a real instance of venturing in a new direction. It’s certainly a return to form from a man who’s gone astray in recent years. But when you’re talking about one of cinema’s genuine visionaries, you’d rather see a new form than a return to one.