"Choices are rarely clear cut or uncomplicated by mitigating factors."

Three Billboards Outside Ebbing, Missouri is a messy movie. Its narrative is messy, its mixture of tones is messy, its morals are messy. Sometimes, its characters even look a bit messy, particularly their hairstyles.

More than anything, though, this may be a reflection of the way life is messy. Choices are rarely clear cut or uncomplicated by mitigating factors. For example, if you have a good righteous case against an uncaring police department that has failed to properly investigate the rape and murder of your daughter, the kind that might necessitate hiring a trio of billboards that shame them for their dereliction of duty, then wouldn’t you know it? The chief of police has terminal cancer. And, they do care. Some of them, anyway. 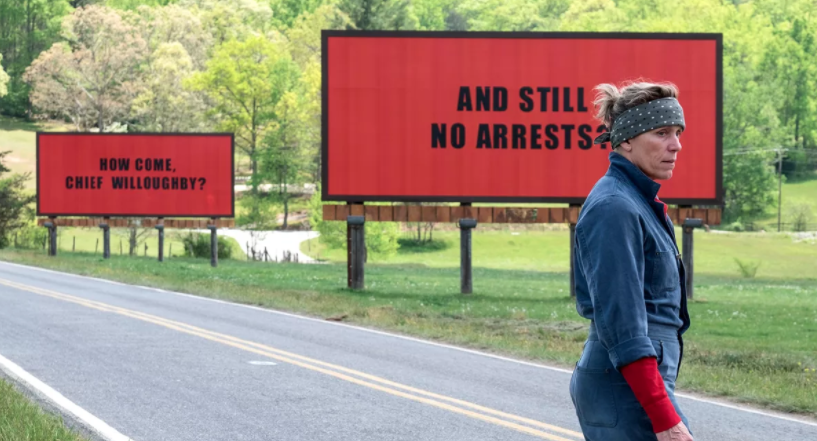 Frances McDormand’s Mildred Hayes, the mother of the deceased girl, is meant to be the hero of this movie. She’s the protagonist, at any rate. But she doesn’t make it particularly easy to support her, even though she lost her daughter to a heinous crime seven months earlier. She assaults the high school students who throw a can of soda at her windscreen, and that’s among the lesser of her offences, as she also chases a priest out of her house with foul language and accusations of his complicity in paedophilia.

A more conventional movie certainly would have made her a lot less prickly, or given her a prickly sheen that easily falls away into something more sympathetic. Not this movie. Neither does this movie romanticise the lost daughter, seen only in one flashback, being particularly shitty to the woman who is now seeking justice for her.


Writer-director Martin McDonagh’s approach to the movie takes a little getting used to. In fact, it has divided audiences between those who consider it one of the best films of the year and those who … don’t. The film hovers in a state somewhere between drama and black comedy, which isn’t much of a surprise for anyone who saw McDonagh’s debut, 2008’s In Bruges. His follow-up, Seven Psychopaths, also featured characters with violent impulses trying to adhere to their version of normalcy. There’s comedy in all of his films, but it’s queasy comedy. This is not a new approach for McDonagh, but it is arguably his thorniest version thereof, which won’t sit well with everybody.


The cancer-ridden police chief (Woody Harrelson) is actually a pretty dedicated professional, but he is surrounded by others who give the uniform a bad name. Chief among them is Officer Jason Dixon (Sam Rockwell), who’s had a brush with infamy after some racially motivated police brutality, and believes in demonstrating his loyalties outside the letter of the law. 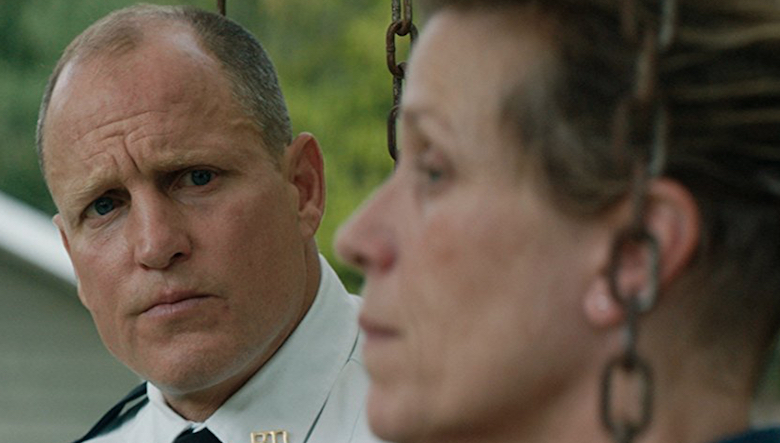 Mildred’s ex (John Hawkes), son (Lucas Hedges) and secret admirer (Peter Dinklage) are also on hand with their varying perspectives on her guerrilla tactics for getting results, which divide her family just about as much as they divide the town at large. In fact, almost no one truly sides with the woman who is in danger of bankrupting herself in the vain hope of a hollow resolution to her pain.

An unconventional beginning begets an unconventional narrative on the whole. The story branches off into unexpected threads and sends characters on arcs that we would never guess would occupy them. Good people do very bad things and very bad people do things that are actually okay. What emerges is a contemplation on the futility of revenge and the grace of forgiveness. 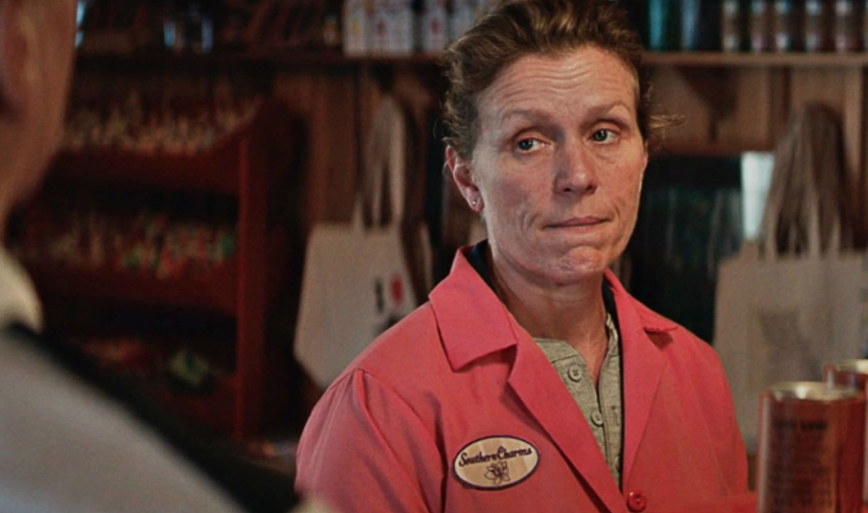 McDonagh needs to show a lot of ugly before he can get to his moments of beauty, which are indeed there. Whether wading through the ugly is something the viewer wants to do is probably the real point of contention. It’s not that the film is hard to watch, as most of the violence stays within the realm of black comic violence, meaning it tends more toward slapstick than brutal. But the spirit of this movie is brutal. Characters are put through a rough emotional gauntlet, sometimes most notably by the people we are supposed to be supporting. Good as she is, McDormand is hard to watch, because we can’t quite incorporate her into our understanding of how a hero should behave. You want to say “You go, girl!,” but the next moment you cringe at her counterproductive strategies.

The ride is an unusual one. It’s a movie audiences aren’t likely to forget. McDonagh should be commended for never chickening out and offering pat solutions or redemptions. But not everyone wants a feel-bad movie, and not everyone will laugh at McDonagh’s attempts to counterbalance that feeling.