"Sandra Kogut’s film has the title and even the marketing of a carefree jaunt through the lives of the privileged, but that’s not what Three Summers is."

"Little does anyone know that all of this is about to come crashing down."

Summer Christmas is not something the Australian viewer (or anyone else) sees much on film, unless it’s an Australian movie. Most of the countries that make movies are located in the northern hemisphere – but not all. The new Brazilian dramatic comedy Three Summers – “new” in that it’s just opening here after a 2019 debut in its home country – puts three poolside Christmases on screen, as it examines the lives of one rich Brazilian family and its domestic staff across three Decembers from 2015 to 2017. But Christmas is not always a happy time, and that pool is not always the life of the party, a symbol of summertime vitality. Sometimes it’s covered with a tarp and being pelted by rain. 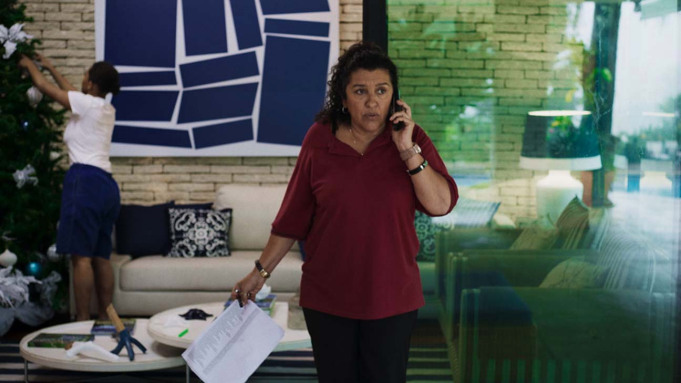 Sandra Kogut’s film has the title and even the marketing of a carefree jaunt through the lives of the privileged, but that’s not what Three Summers is. Nor is it exactly a comedy, or if it is, it’s a dry one. These are both very good things. After some initial wobbly footing where the characters are not introduced and their respective dynamics not established as well as they could be, Three Summers uses its fly-on-the-wall approach to deliver us a really profound contemplation on class relations in the poisonous times of late capitalism. (But don’t worry, it’s also funny.)

Our guide through the film’s three thirds is Mada (Regina Casé), the family’s housekeeper, who’s more of a manager of all the home’s affairs than someone who dusts the furniture. She’s full of life and sass, which is either lovely or annoying, depending on what mood you’re in. The family is not in a particularly great mood during the first summer, as Mr. Edgar (Otavio Muller) is receiving foreboding phone calls that he’s trying to avoid, while Ms. Mara (Gisele Froes) is feeling nostalgic about the passage of 20 years of marriage and the rapidly arriving adulthood of her son (Saulo Arcoverde).

But they’re having a big party in recognition of the approaching holiday, their son being home and the landmark anniversary, and both people and catering abound. The pool is full of bikini-clad young people falling out of flotation devices with drinks in their hands, and general merriment is plentiful – for most of the guests anyway. Little does anyone know that all of this is about to come crashing down.

The key to the film – first the comedic key, and then the emotional key – is Casé as Mada. She’s the type of person who’s always talking, always gesturing with her hands, but also always smiling. She’s got a wide toothy grin that seems to eliminate the possibility that she’s hiding something very sad. (Spoiler alert: She is.) She’s always working on some ambition, from a kiosk she’s trying to open to sell food by the side of the road, to smaller deals like selling useless items online. You get the sense the family who employs her only tolerates her through gritted teeth because she’s good at what she does, for the most part. 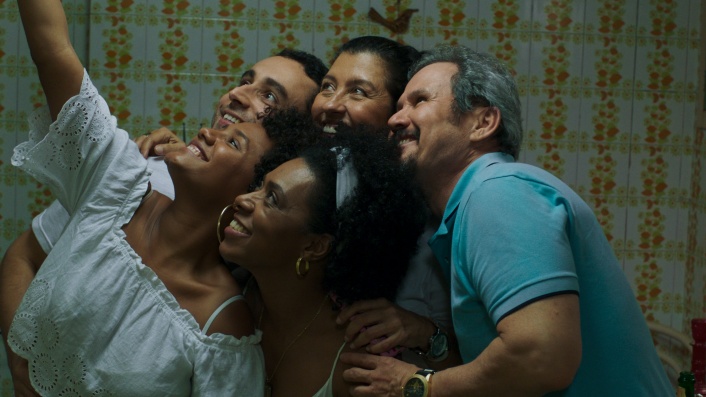 But as we see Mada through these three summers – or tres veroes in Portuguese – we also see how she adapts to various changes in her circumstances. Those phone calls have caught up with Mr. Edgar a year later, and he’s no longer at the house – jailed awaiting trial for various white collar financial crimes. He therefore can’t pay the staff, who are our other constants through these three seasons, along with the house. Their grin has started to falter, if it was ever there in the first place, but hers holds strong. The third summer, the house has taken another unexpected turn that it’s better not to spoil here.

Edgar’s father is also part of the film’s emotional centre. He’s played by Rogerio Froes in a role of deceptive importance to the story. In the first third, he’s really a side character – an elderly man with the craggy face born of a lot of years, who has just lost his wife and may be losing his grip on his mental faculties. We sort of write him off because that’s what Kogut wants us to do, as this portion of the film is still influenced by the family members who have already done basically the same. But as he’s not implicated in the financial shenanigans that have ensnared the rest of the family, he becomes a partner to Mada in the journey both of them are taking across these three years. 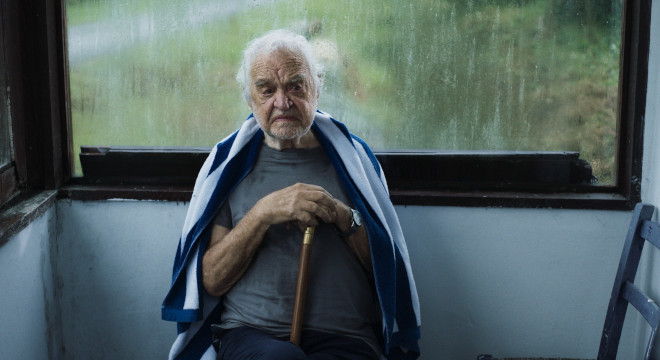 Kogut’s filmmaking style is realistic and straightforward, but sneakily clever. Her script, co-written with Iana Cossoy Paro, has a minimalist element that really serves the film once you get on its wavelength. The pair have a really assured approach to providing tidbits of information that allow the viewer to piece together what else is happening, never hitting us over the head, which makes the first 15 minutes of the movie a bit of a challenge, when you’re trying to figure out who everyone is and what their motivations are. But stick with it because this approach rewards in a big way by the end. 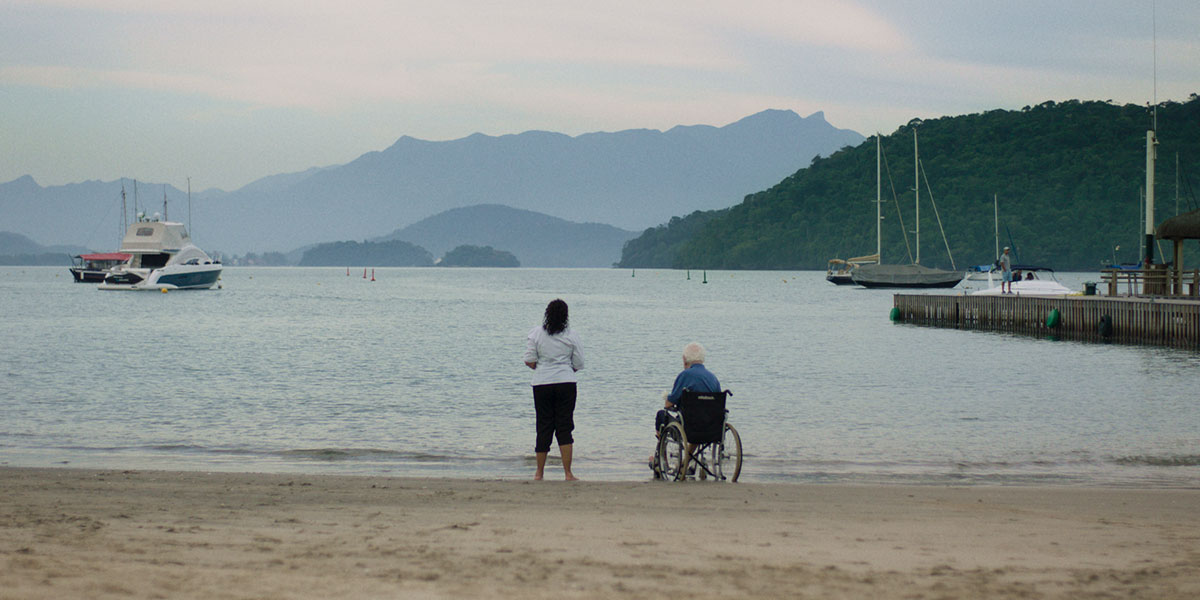 And that end is just about perfect. It allows us to really contemplate how many of life’s certainties can be upended in a short amount of time, with those annual rites we take for granted providing benchmarks of how much has changed, and how many changes may be left to come. Three Summers may not be the escapist romp some viewers might be expecting from the title, but it’s a lot more than that. And besides, it’s not summer here in Australia now. This film is a thoughtful accompaniment to our everpresent rain.