"This film has a lightness of spirit in its design details only."

"Just when you think as many bad things as are going to happen have happened, another bad thing happens."

In 2018, writer-director Brett Haley made the heartwarming little upstart coming-of-age movie Hearts Beat Loud, about a teenage girl determined to go to medical school – even though her father, in a role reversal, wants her to stay home and be in a band with him. It was sweet but not saccharine, and enormously satisfying. All Together Now is Haley’s attempt to repeat the success of Hearts Beat Loud, with the same musically gifted teenage girl navigating a complicated relationship with her one living parent, and several other similar structural beats. The new Netflix release is about half as successful, and not just because it features a lot more sadness and dysfunction. 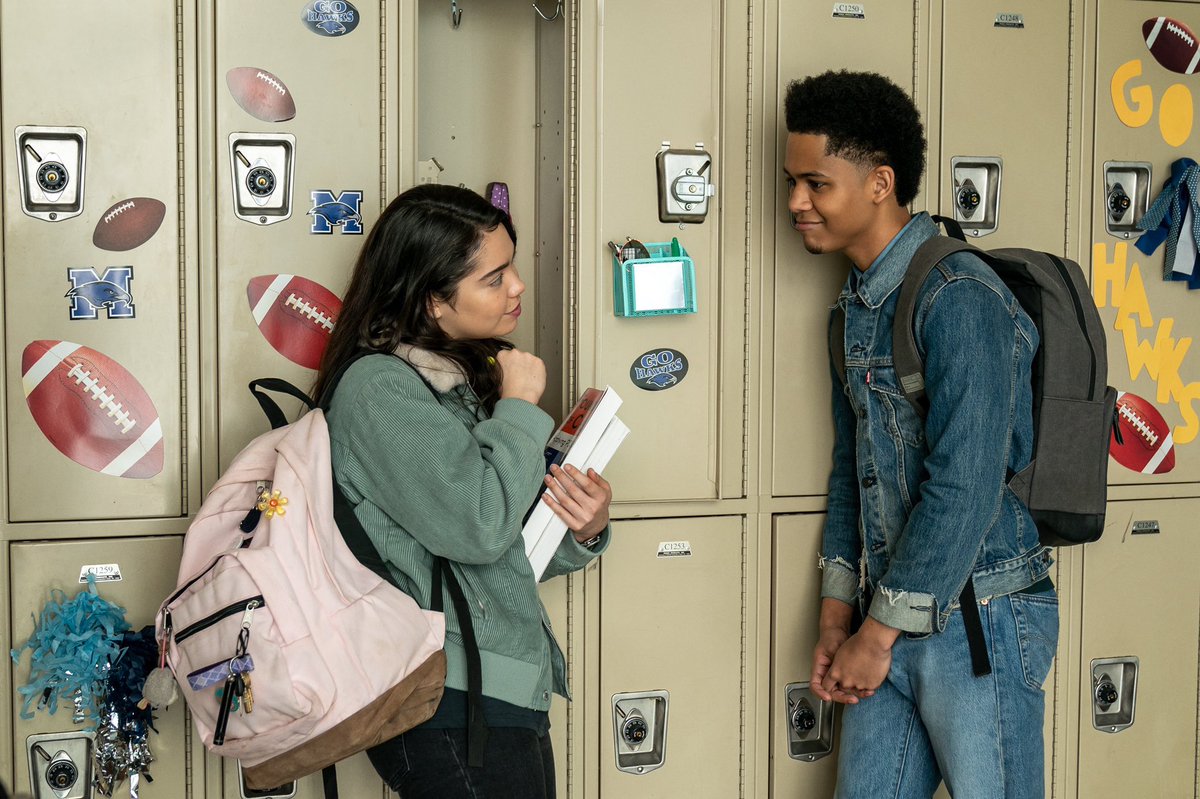 Auli’i Cravalho, the voice of the title character in Disney’s Moana, plays Amber Appleton, a high school student who is equal parts socially and academically ambitious, and aspires to sing and/or act. It’s a miracle she’s able to focus, as she spends her nights sleeping in the back of a school bus. Her mother (Justina Machado) has been having a rough go of it since Amber’s father passed, and her alcoholism, poor choice in men and inability to keep a job have left them contorting themselves into the bus’ decidedly not mattress-length seats on a nightly basis.

Despite their struggles, Amber sees a future for herself at Carnegie Mellon University in Pittsburgh, and has been invited to audition for their performance program. She’s working several jobs to save up for airfare for the audition, but when her mother loses her job, she’s got to figure out how to prioritise when they don’t even have a roof over their head. Plus there’s other competition for their limited resources: Her dog Bobby Big Boy, who is about the world’s cutest chihuahua, has a lump on his spine that needs to be removed in an effort to save his life.

And boy is that dog cute. He rides around in Amber’s backpack. He gratefully eats little morsels of food that are tossed to him. When he yawns or licks his face, his head seems to grow to three times its size, before receding back to two giant, limpid eyes. If dogs could smile, this dog would.

Truth be told, this dog belongs in Hearts Beat Loud, not All Together Now. This film has a lightness of spirit in its design details only. The cast looks straight out of a Disney TV show, racially diverse and clean cut, but in kind of a bland way. Cravalho, who starred in an actual Disney movie, demonstrates more charisma than her co-stars – possibly excepting Carol Burnett in a couple fun scenes – but she’s given such a heavy-hearted and burdened character to play that it squanders her personality. This is the type of movie where just when you think as many bad things as are going to happen have happened, another bad thing happens. Which would be fine if it felt like that were the type of movie Haley were trying to make. 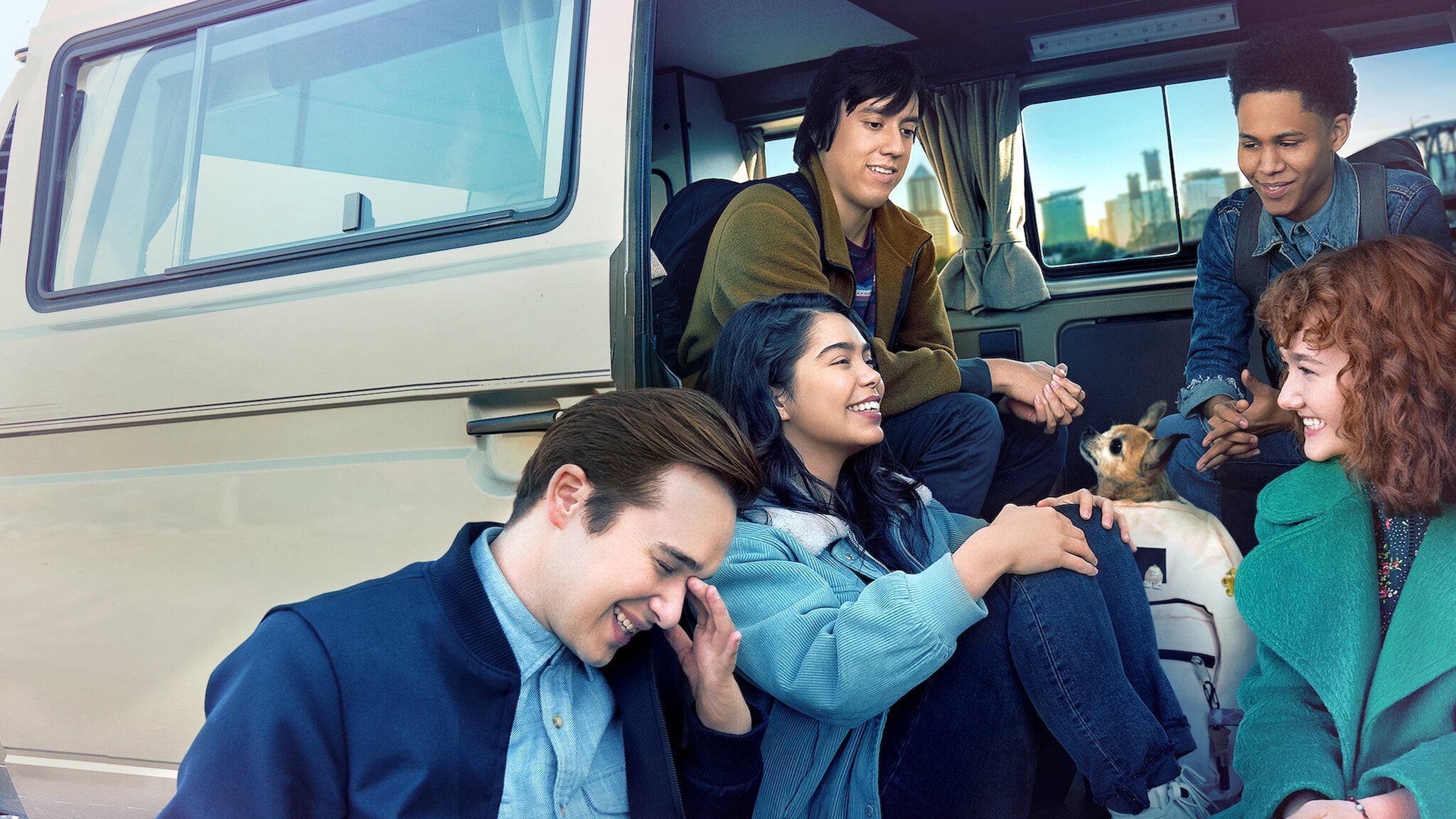 If we’re going with the cynical perspective that Haley was drawn to this material because of its similarity to a movie he had already made, the thing that would have attracted him to Matthew Quick’s book Sorta Like a Rock Star would have been the whole “ingenue singing a knockout song” centrepiece moment. In Hearts Beat Loud, that’s the title song, one of a handful sung by the upstart father-daughter band. This movie has that moment too as Amber sings a song that was written by her dad before he died. It’s a nice song, but it’s curiously disconnected from the rest of the story. Even though All Together Now has a climactic scene where the singing of that song would have been logical, it appears only during a practice session and has virtually no impact. 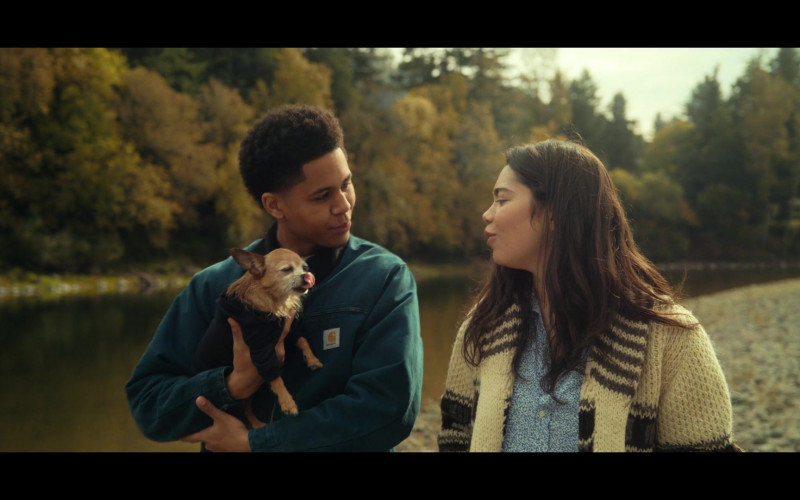 It’s not easy to get lightning to strike twice, nor have your work constantly compared to something you did previously. That’s not fair to Haley. But you also want to call it like it is, and All Together Now just doesn’t have the distinct sense of alchemy of the movie that obviously inspired it.