"Tomb Raider is an origin story with its sights equally set on the future of protagonist Lara Croft as it is her beginnings. "

"A lot of Tomb Raider looked like a computer game, not an adaptation of one."

Roar Uthaug’s Tomb Raider is the best film to be based on a video game to date. When you consider that the company Uthaug’s film keeps includes Warcraft, Mortal Kombat, Doom, Super Mario Bros. and Max Payne, the achievement begins to seem like less of an accomplishment and more like a victory by default. Make no mistake, Tomb Raider is not very good.

It is the sort of film that Steven Spielberg’s Indiana Jones films translated into mainstream blockbuster filmmaking, those films actually a homage and patchwork of 1930s action film serials . Raiders of the Lost Ark brought the concept to a large audience, and perfected it. There has been no action/adventure film of its ilk, and there are many, to have bettered it. 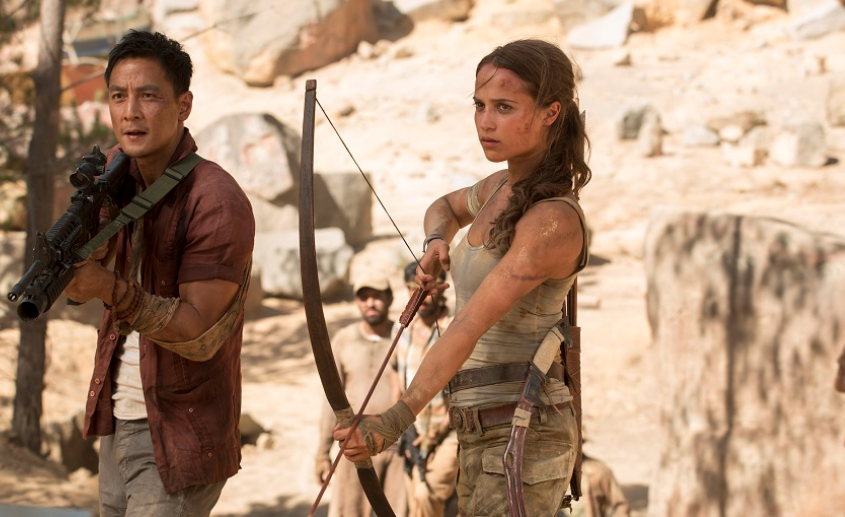 I have played and very much enjoyed the latter, and recognised many of the elements of the game when they were incorporated into Uthaug’s film. The devotion to certain gameplay elements, such as puzzles, running and climbing sequences, or iconic weapons, may be a testament to Uthaug’s allegiance to his source material, but most of the the time these components translate absurdly to film. Film and video games are two separate mediums. I can’t imagine an example of a video game for which slavish adaptation would be appropriate for cinema. Perhaps Pac-Man. 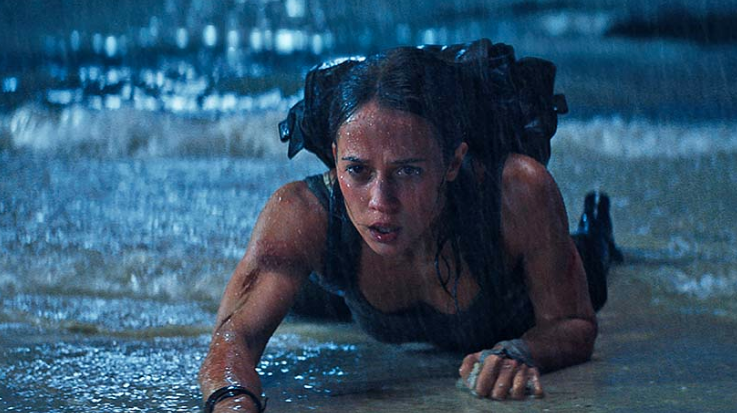 As, in a post-Marvel world, we are living in a franchise-driven blockbuster climate, Tomb Raider is an origin story with its sights equally set on the future of protagonist Lara Croft (Alicia Vikander) as it is her beginnings. Those beginnings initially appear humble. Croft is a fast-food courier, barely able to pay for her boxing bouts at the gym (which handily explain her aptitude for combat that inevitably becomes significant later in the film), living in a squalor that her designer outfits belie.

But Lara is not poor, we are informed, but in fact the heir to a considerable fortune left behind by her missing father, Lord Richard Croft (Dominic West). She has disowned the fortune on the grounds that she believes her father to still be alive. But naturally there is a MacGuffin, which is part of every film of this variety.

‘MacGuffin’ is a term coined by Alfred Hitchcock and misinterpreted by George Lucas. Lucas’ interpretation has prevailed. Essentially, it is a plot device that has minimal impact on the plot or the character development. In the case of the Tomb Raider, the MacGuffin is the tomb of Himiko, the mythical Queen of Yamatai. Like all notable MacGuffins, Himiko’s function is redundant, so I won’t mention it here.

What’s important is that Lara embarks on a journey to discover the whereabouts of Himiko’s tomb. On the way, Uthaug pitches so much Indiana Jones nostalgia at his narrative that the film draws inevitable and unfortunate comparisons to the greatest action adventure film of all time, and its endless imitations. 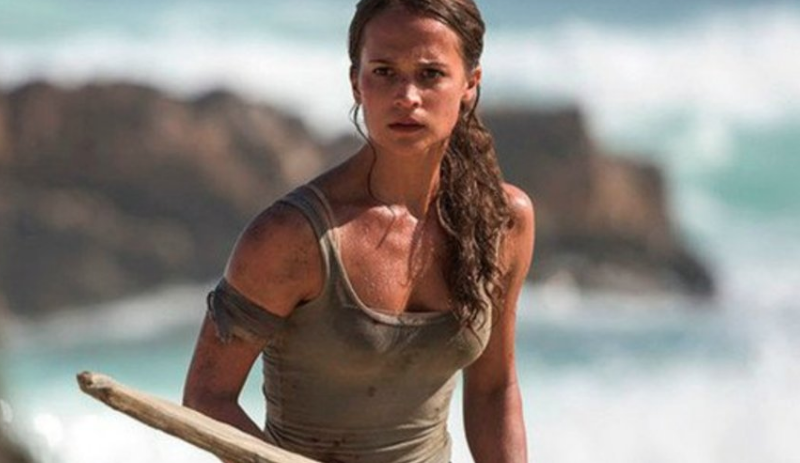 What struck me as I watched Tomb Raider however, was how poorly its action sequences compared to their Spielberg counterparts, a powerful denunciation of Computer Generated Images considering Raiders of the Lost Ark is almost forty years old. A lot of Tomb Raider looked like a computer game, not an adaptation of one.

For all its failings, Tomb Raider is diverting and rarely boring. It is a film built upon the inspirations of better films, diluting them until much of that inspiration is lost. Perhaps it is a testament to the blueprint that Spielberg established, or perhaps there is indeed some worth amidst the muck of Uthaug’s film. Whatever the case may be, Tomb Raider is certainly the finest video game adaptation ever made.