"It’s difficult to say what’s the best way of presenting the subject matter of a molested girl confronting the man who victimised her as an adult."

"Before the movie gets to the warehouse, though, it really works."

Midway through Una, Ben Mendelsohn’s character makes a compelling argument against the exposition that’s been swallowing this movie whole. “We were both there,” he tells Rooney Mara’s title character. “We know what happened.” Una then goes into detail about one of their illicit sexual encounters anyway; illicit but also illegal, because she was 13 years old, and he was her adult neighbour.

Excess exposition is a fault of many plays adapted into films, and Benedict Andrews’ adaptation of the David Harrower play Blackbird, scripted by Harrower himself, is no different. That’s a shame, because the Australian director demonstrates some pretty significant gifts for how to show, failing to grasp how much he lacks in the telling.

It’s difficult to say what’s the best way of presenting the subject matter of a molested girl confronting the man who victimised her as an adult. Una isn’t it, but it’s got some good ideas how to go about it, and some moments of real profundity. However, some of its other ideas go beyond stagey to nearly laughable, blunting the impact of the better moments. 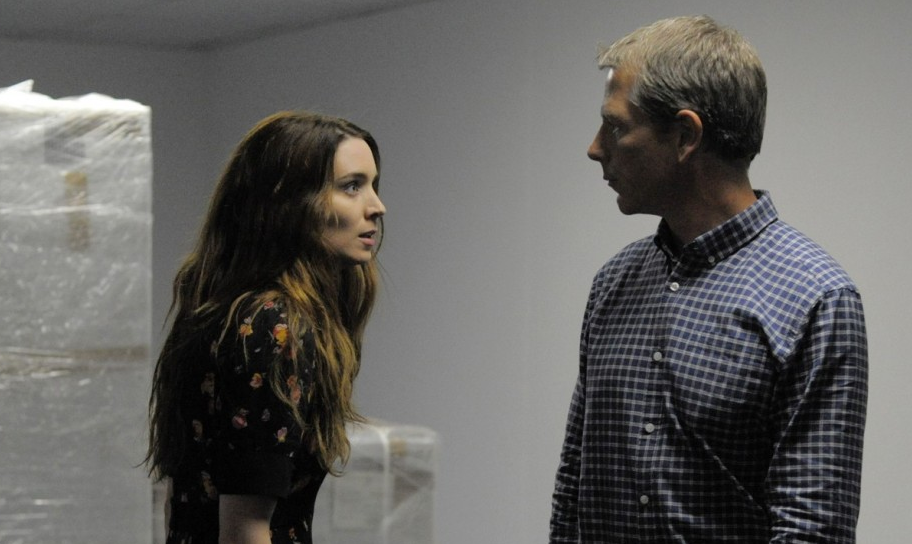 One such bad idea, which comes directly from the play, is to set most of the movie in the warehouse where Mendelsohn’s Ray works. Una has found him there 15 years after their three-month relationship, and ten years after he completed a four-year prison sentence, living under the name Peter and trying to escape any lingering reminders of his old life.

When she corners him to confront him/possibly seduce him back – this formative trauma has understandably left her sexually and emotionally confused – it sets in motion a series of improbable location changes within the warehouse, as their conversation continually shifts venues, but entirely within the one space. It’s almost as though the filmmakers were given this constraint as part of one of those challenges to film a feature in 48 hours – “but you can’t leave the grounds of the warehouse.” Making matters a bit sillier is that they routinely pause their tete-a-tete to hide from two of Ray’s co-workers, who are out for blood after a rattled Ray botches an employee downsizing meeting. It’s meant to thematically mirror the sneaking around they did 15 years earlier, but it doesn’t work. These scenes also give us a hint of a thematic detour into the global financial crisis, which seems misplaced and is dropped almost immediately. 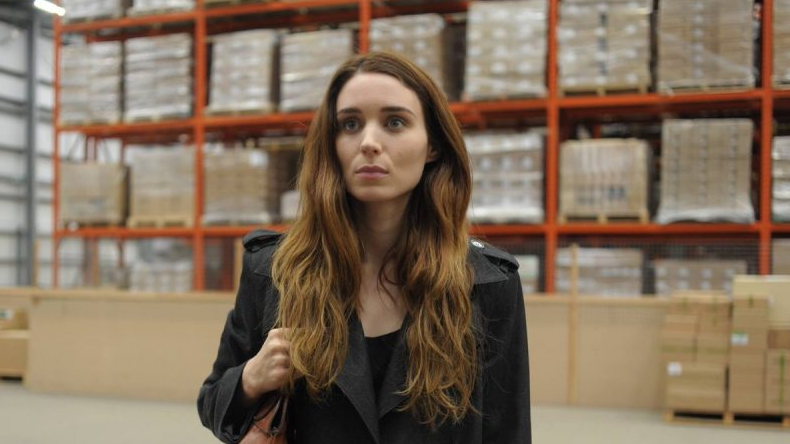 Before the movie gets to the warehouse, though, it really works. Andrews gives us every reason to believe we have a treat in store, jolting us with smash cuts involving both sound and image, and filling the entire screen with the movie’s title card. In these moments, the film’s origins as a play are the furthest thing from our minds. Una does not produce its first word of dialogue for nearly five minutes, as Andrews provides snippets of his main character then and now, previewing how memories will regularly intrude into the present. At first, we’re in capable hands.

It’s when Una and Ray meet, though, that things start to feel more conventional, more indebted to the expected ways these characters would air out their complicated feelings toward one another, their guilt, their recriminations. One wouldn’t want to belittle the criminal seriousness of what transpired between them by describing these sections as rote, but they are, if only because the dialogue is constantly putting too fine a point on it. On stage, afforded only a single set and none of the luxuries of flashback, a playwright must paint a picture with words. But words are not your only tool in a movie, and Harrower should have ceded more of his to Andrews’ images.

In a two-hander such as this – Riz Ahmed also factors in thanklessly, but it’s mostly just Mendelsohn and Mara – a chemistry between the actors is important. That’s not suggesting a romantic chemistry needs to exist, though since they’re both adults now, that wouldn’t be as icky as it sounds. Really they just need to play off one another well, and Mendelsohn and Mara don’t. Each is one of the best actors working today, but neither feels fully comfortable in this film, and not just because they’re meant to be awkward with one another. The blocking fails them nearly as often as the dialogue does, and they just don’t pull it off.

Possibly appropriately, but in a way that is definitely ickier, Mendelsohn does seem to have pretty good chemistry with the actress playing the young Una, Ruby Stokes, who brings a real pulse to the flashback scenes. Without Stokes imbuing young Una with a purity and naïveté, we might never appreciate how young she really was when this happened, and how much she has lost. 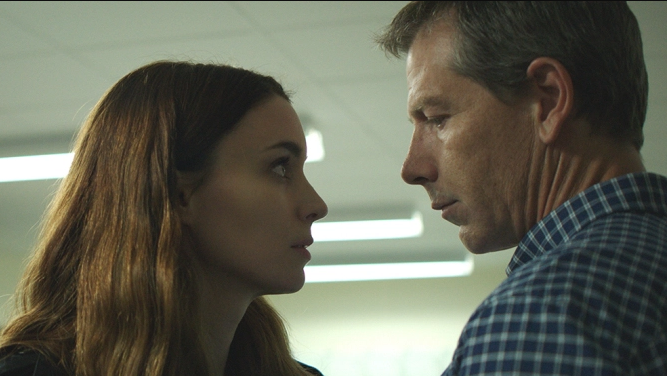 Una does make it out of that warehouse, eventually, and we get another dose of how impractical, how antithetical, their relationship was to the real world that surrounds them. It’s a necessary reminder of the depravity of this type of abuse, as the movie problematically adopts the former lovers’ own perspectives on their affair, which are still easily nudged toward the wide-eyed and romantic. We do need to understand their subjectivity to get a true sense of how the intoxication of infatuation creates a state of moral relativism. But Una only barely brings us back from the edge of that dropoff into endorsing what we’re seeing.