"Where are all the vampires in the world that prefer to wear board shorts and singlets? "

"Blood Wars is not an interesting film because it's the fifth entry in a series of which the first entry wasn't very interesting."

Where are all the vampires in the world that prefer to wear board shorts and singlets? They can’t go out in the sun, so perhaps board shorts and singlets are a bit of a stretch, but what about vampires with faded jeans and checkered flannelette shirts? Or vampires that wear tracksuit pants and filthy tourist sweaters? You would think that immortality might beget an interest in a variety of fashions or even relaxed attitude toward conformity in all regards. Judging from the way vampires are portrayed in film, it’s exactly the opposite.

In Underworld: Blood Wars, there is only black gothic leather, as far as they eye can see, at least as far as the vampires go. This isn’t even an issue restricted to the Underworld series. Vampires have been dressing like Marilyn Manson enthusiasts for decades now. Is vampirism accompanied by a loss of individualism? None of these clothes look enjoyable to wear. Comfort surely trumps trendiness after you’ve been alive for a couple of centuries.

Underworld: Blood Wars is the sort of movie in which villains have names like ‘Marius’, swords are a prevalent weapon despite the contemporary setting and important characters say things like ‘Leave us’ to their minions when they want to be left alone to discuss significant narrative points. When was the last time you heard someone say ‘Leave us’? Vampires struggle to move with the times. Except in their weaponry. There are a lot of machine guns in Blood Wars. That means that there are fights scenes with lots of machine guns and lots of swords. 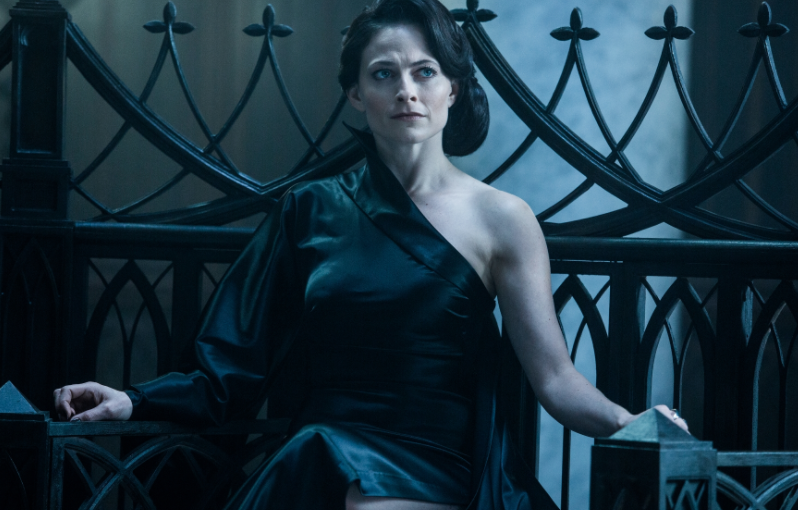 Blood Wars is not an interesting film because it’s the fifth entry in a series of which the first entry wasn’t very interesting. It’s also a bad film, but just like the very first Underworld film, which established tired narrative points in a tired genre (a genre that persists still, despite the fatigue), Underworld: Blood Wars veers congenially towards the right side of bad. You’re not going to like yourself for sitting through it, but you probably won’t hate yourself either. What that suggests about your or the quality of films that we’re happy to sit through nowadays remains unclear.

Selene (Kate Beckinsale), has been the central figure of the Underworld series since its outset. What Selene and her adventure means to you will entirely depend on your interest in the franchise to date. The war between the vampires and the Lycans is still raging. Lycan in this franchise means werewolf, although surprisingly enough, it doesn’t anywhere else. The word ‘lycan’ in English only means ‘wolf’, but since ‘lycanthropy’ is the mythical affliction of werewolvism, it’s an easy mistake to make.

Both vampires and Lycan’s alike are in pursuit of Selene’s daughter, who is the first pureblood hybrid – a result of Selene’s love affair with the Lycan Michael (Scott Speedman) in a previous instalments. The blood of Selene’s daughter is powerful, which is why everyone is after it, although most of the other central players appear to have blood just as useful. It’s difficult to keep up with all the super up powers that everyone keeps obtaining. Selene is a vampire but she can walk in the sun. In a previous film, she gave David (Theo James) her blood in order to save his life, so now he can walk in the sun. The head werewolf, Marius (Tobias Menzies), injects himself with a mysterious substance, which makes him more powerful. There are a whole lot more instances in which the powers of certain characters one up themselves, but discussing it too much might give away the plot.

If you’re going to watch Underworld: Blood Wars then you know whether or not you’re already going to watch it and there’s nothing this review can do to persuade you otherwise. That’s just as well, since this review neither recommends nor discourages the watching of Underworld: Blood Wars. It’s not a good film by any means in which we measure quality in film, but there are a lot worse.