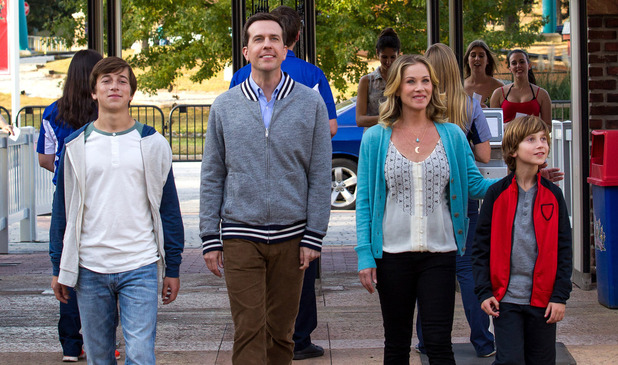 Comedy is famously the most ruthless pursuit in entertainment but there’s been a maddening lethargy to Hollywood’s comedy endeavours for almost a decade. It’s a micro-industry that operates in waves, a surge of interest followed by overexposure and eventually exhaustion. Adam Sandler’s period of exhaustion has somehow managed to last a troublingly long time. Sandler’s professional output is the extreme archetype for comedy quality in Hollywood at the moment, but the rest of the flock aren’t too far off. Bad comedy is one thing, but lazy comedy is offensive.

Worthwhile film appraisal is more than a synopsis and a hazy assessment of acting and cinematography. A good review will be worth reading beyond a meaningless score out of five or ten. At their finest, film reviews offer insight that you wouldn’t find anywhere else, even in other film reviews. But my hand has been forced by the mundanity oF Hollywood comedy and the pursuit for critical excellence must be put on hold for the sake of another inadequate American comedy. What else could there possibly be to say that I haven’t already said in my review for Bad Neighbours or Get Hard or any of the dozen other Hollywood comedies that have left me empty and mentally gutted as I drag myself from the cinema. If you want more comment on the state of American comedy then read those reviews. Better still, if you want American comedy to improve, don’t go and see Vacation.

Vacation is marginally better than those films I mentioned before, and it stands out somewhat because there appears to be a genuine effort on the part of the filmmakers to elicit laughs. It’s more than Will Ferrell yelling or Seth Rogan smoking weed or Vince Vaughn not being funny, but not much more. The beats are all there but the energy isn’t. In the hands of a director who knows how to make the most of a funny situation, like Todd Phillips on a good day, Vacation might not have needed much changed to be uproariously funny, but John Francis Daley and Jonathan M. Goldstein, in their inaugural directorial job, just lack the intuition for effective silliness. In comedy, the smallest difference can be colossal. 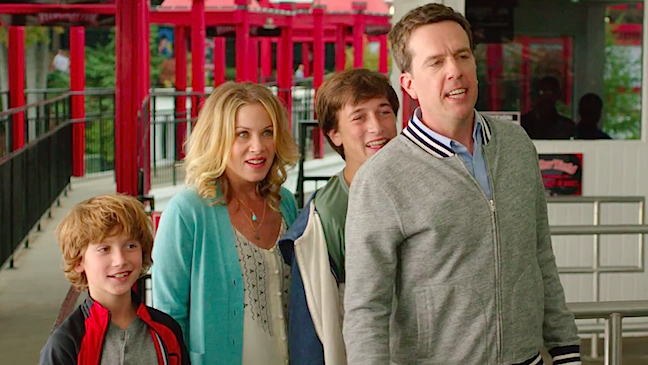 Rusty Griswald (Ed Helms), who was the son in the original Vacation films, is a pilot for an economy airline. His relationship with his wife, Debbie (Christina Applegate) has all but extinguished and his relationships with his two sons is shaky. Feeling the NEED to energise his family situation, Rusty decides to drive the Griswald family across the country to the theme park Wally World, mimicking the trip that his own father, Clark, took his family on when he was a child.

My memories of the original Vacation films, mostly produced during the 1980s with Chevy Chase as the star, are hazy. But the 80s was a great era for comedy, perhaps the best. And the comedy was fun, from Flying High (Airplane in the U.S.) to Planes, Trains and Automobiles, they were pleasant experiences. The characters were enjoyable to be around, even the buffoons like Chase in the Vacation films or John Candy in Planes, Trains and Automobiles. There may be no better indication of the way in which comedy has progressed over the past thirty years than in the character of the youngest son, Kevin (Steele Stebbins), a mean-spirited bully. We’re meant to laugh because he’s young but he says awful things. And that’s the extent of it.

The new Vacation has the best of intentions, but misses what makes films like the originals such a joy. The Griswalds circa 1983 got themselves into ridiculous situations but for the most of it they felt like real people. These new Griswalds don’t resemble reality. They’re either too stupid or too mean to be real. The theme song is still catchy, though. Perhaps the best course of action is to revisit some of those great flicks from the 80s.