"The Weekend Away is like that throughout, taking interesting components and making them far less so."

"She’s fighting not just for her friend and for her own freedom, but also for the future of her child – whom she does not want raised by her husband, another troublesome man in her life."

Movies where a foreign tourist – usually an American – gets mixed up in the disappearance of a friend, while also becoming a suspect in that disappearance, have half the work done for them before they even start. It’s a scenario we can easily imagine ourselves into, since everyone who travels internationally has had something bad happen to them on foreign soil, which could have spiralled off into something far worse. 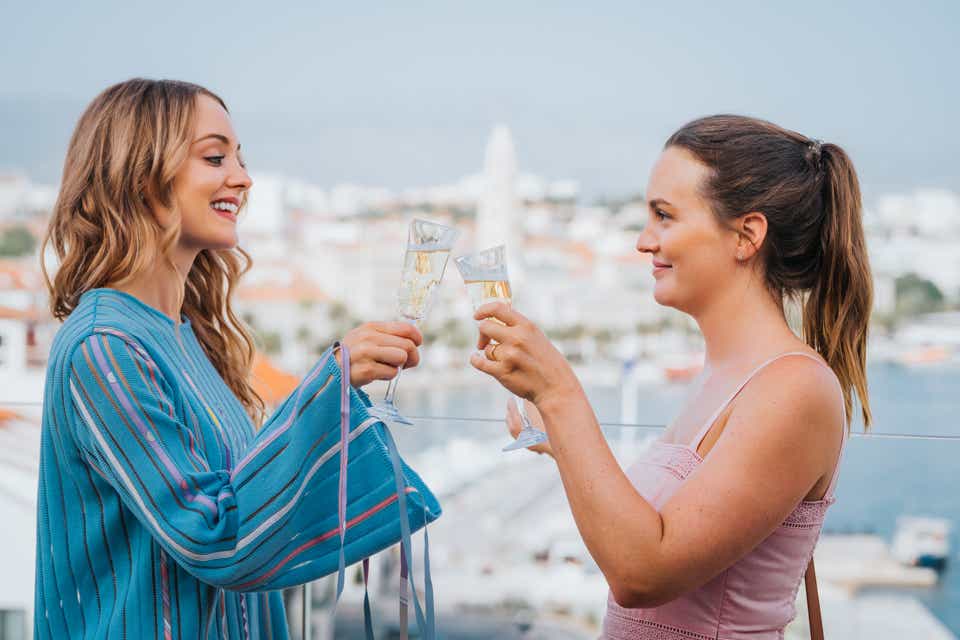 Unfortunately, some of those movies undo the initial good work of the setup. The Weekend Away starts off as promising as any of these, with a strong lead turn by Leighton Meester, before frittering away its advantages. Just one example, of what comes to be many, is the apparent communication difficulties. If you were in Croatia without a passport and without anyone to trust, the language barrier might be one of your most confronting challenges. Fortunately, everyone Beth encounters speaks English, some of them incredibly well, basically rendering that complication meaningless. The Weekend Away is like that throughout, taking interesting components and making them far less so.

Who spends a weekend away in Croatia? Well, you might if you lived in London, which describes American ex-pat Beth (Meester) and her long-time British friend Kate (Christina Wolfe), who meet in a coastal Croatian city to blow off some steam. Their reasons for needing it are very different; Kate has just broken up with her rich boyfriend, and needs a weekend of craziness heavily involving his credit card, while Beth has an infant daughter, currently home in London with her partner (Luke Norris). Beth doesn’t really want to party as such – she’s more looking forward to their bike tour the next day – but Kate has always been the more dangerous one, and she’s also very convincing.

At a club they meet two suspiciously handsome and unattached men, and the night becomes something of a blur from there. Beth awakens the next morning in her own bed, but without any memory of how she got there, and without Kate anywhere to be found. She doesn’t appear to have been assaulted, but a drugging seems likely. Calls to Kate’s phone go to voicemail, and the police won’t investigate it as a disappearance until 48 hours have elapsed. Especially since tourists are prone to going on benders and turning up a few days later, exhausted but unharmed – a trick Kate’s ex confirms that Kate herself has pulled before.

Not this time. It soon becomes clear that something has happened to Kate, and Beth becomes increasingly desperate to find out what. She meets any number of potential suspects for foul play, who may also be friendly faces, most notably the cab driver who took them to the club, a Syrian immigrant named Zain (Ziad Bakri). Their hotel manager (Adrian Pezdirc) is also pretty suss, and even the officer in charge of the investigation (Amar Bukvic) gives off weird vibes – possibly because he’s dismissive of the case, but possibly something more. 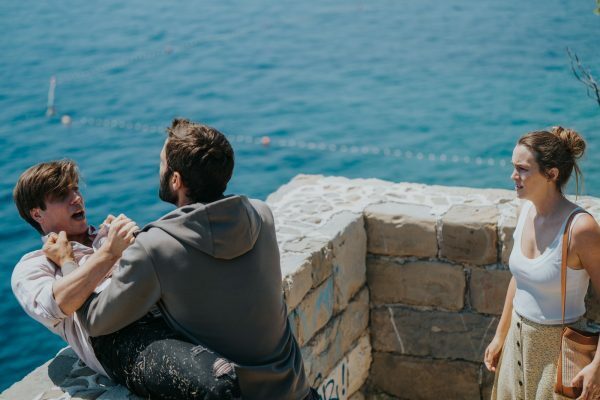 Director Kim Farrant starts things off confidently, and the script by Sarah Alderson (an adaptation of her own book) uses commendable economy to establish these suspects and leave us genuinely wondering what befell these two tourists on that fateful night. The detective work Beth initiates herself, when the real detectives can’t or won’t help her, is also one of the script’s clever elements that showcases Beth’s personal ingenuity. Making this character stand out is that she’s the mum of a young child, so she’s less the stock character type of a resourceful young traveller, and more someone who should no longer be in this phase of her life. She’s fighting not just for her friend and for her own freedom, but also for the future of her child – whom she does not want raised by her husband, another troublesome man in her life.

There’s definitely at least a mild suspicion of men in general here, which is neither good nor bad in and of itself. Suffice it to say that even the men who are innocent of what happened to Kate are only innocent in a relative sense, as virtually all of them have shady agendas and are guilty of lesser crimes along the way. That probably reflects a certain reality of attractive female travellers who are separated from their support infrastructures. 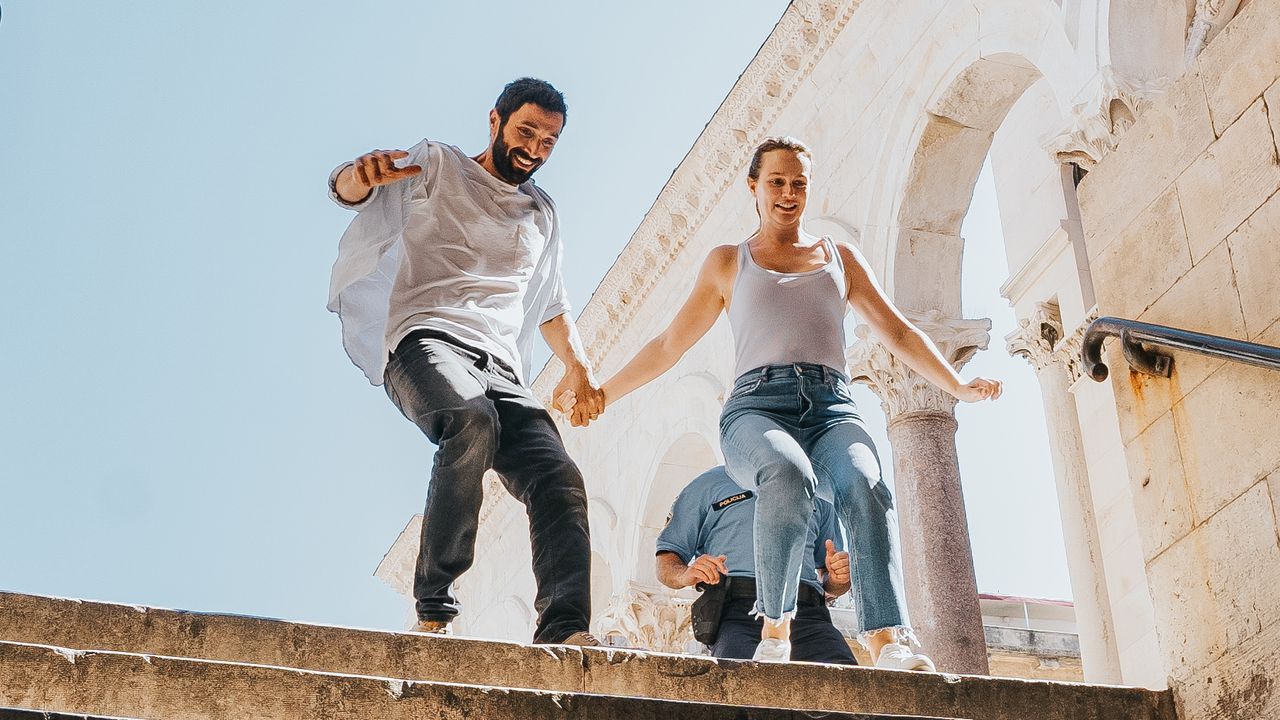 Where this becomes a problem is the plot contrivances that result. And here again we see Farrant taking narrative shortcuts to disentangle some of the thorny elements she introduces earlier on. Specifically there is a reliance on the discovery of some very convenient video footage that eventually shows us most of what happened that night. Beth’s detective work does lead her to that footage – with a helpful dose of good luck, which is another way of saying it’s convenient. But how much more interesting would the footage be if it just gave us snippets that she still had to piece together into something solid? Life doesn’t usually hand you the answers on a silver platter, and The Weekend Away starts out as the sort of movie that recognises this reality. 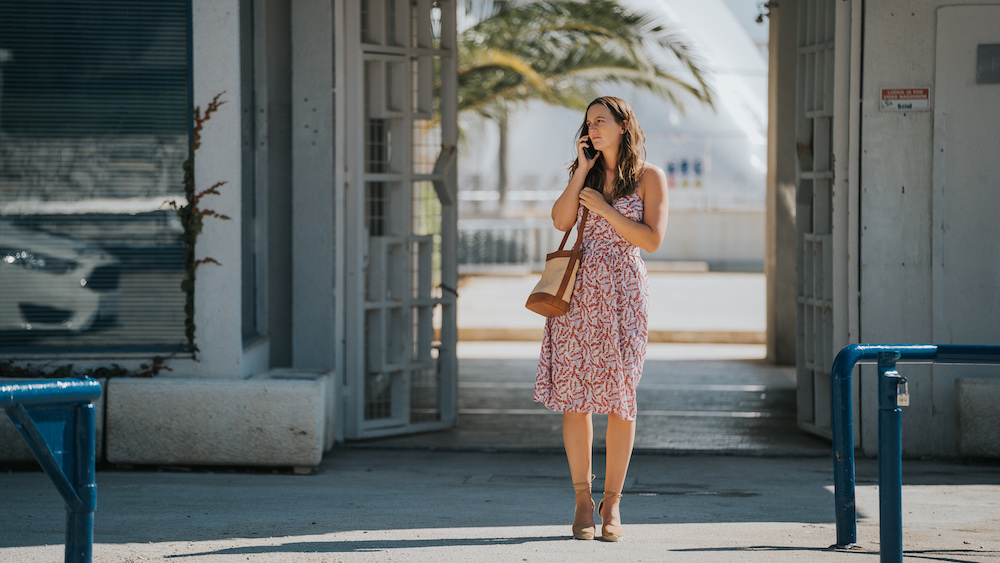 The one person you can’t fault for the film’s underwhelming final impression is Meester. Following somewhat dubious origins on the teen backstabbing drama Gossip Girl, Meester has morphed into a really effective and nuanced actress, which is amply on display here. This character is a bit of a metaphor for the actress herself, or at least the role that initially made her famous – once a party girl, now transitioned into a responsible mum, and getting better every step of the way. Maybe next time she will have a better movie around her.

The Weekend Away is currently streaming on Netflix.