"You get the sense watching Wheel of Fortune and Fantasy that it doesn’t matter what any of these stories is about."

"Instead of parting, their bond reaches a heartbreaking intensity, into which all their regret and loss of times past gets poured."

If Ryusuke Hamaguchi were a band, he’d be making his label very happy right about now. Fresh off a breakout album, as it were, Hamaguchi already has his next album in the can, ready to capitalise on the whetted appetite of an eager audience. Of course, Hamaguchi is actually a film director, his “breakout album” being Drive My Car, the three-hour drama that just won best international feature at the Oscars – one of four nominations, including for Hamaguchi himself as director. Scarcely two months after that film hit Australian cinemas, his “follow-up,” which was actually released before Drive My Car in some parts of the world, is upon us. 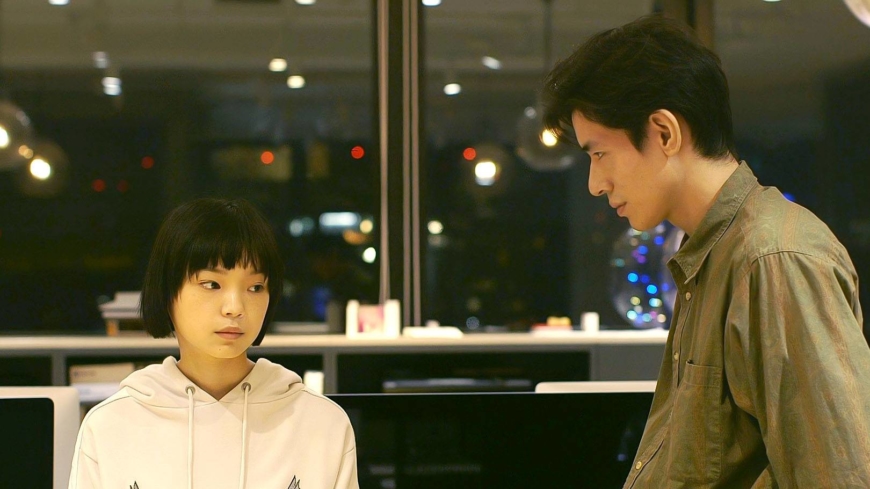 As a matter of fact, Wheel of Fortune and Fantasy resembles an album in other ways. It’s not a single, very long narrative, like Drive My Car, but rather, three unrelated stories that encompass a reasonable two hours of running time – songs, as it were, each with their own melodies. Unlike Car, which was an adaptation of a short story by Haruki Murakami, the three stories in this anthology originate from the writer-director himself. Like Car, each explores the ineffable mysteries of human relationships, with the sort of exquisite grace that leaves you dumbfounded. And like Car, Wheel of Fortune and Fantasy comes equipped with plenty of critical adoration, having already won the Silver Bear at last year’s Berlin Film Festival.

Each story has a small cast comprised of no more than three actors. The first concerns a woman (Kotone Furukawa) who learns that her best friend (Hyunri) has just unwittingly met and fallen for her own ex-boyfriend (Ayumu Nakajima), a fact she discovers when the friend describes the circumstances of the way his last girlfriend cheated on him. The second involves a woman (Katsuki Mori) who tries to entrap a writer and literature professor (Kiyohiko Shibukawa) by making sexual advances at him, as a means of revenge for the fact that the professor would not give her boyfriend (Shouma Kai) a passing mark at university. The third features a Tokyo woman (Fusako Urabe) who returns to her hometown for a high school reunion, only to meet a different woman (Aoba Kawai) whom she confuses for an old friend.

You get the sense watching Wheel of Fortune and Fantasy that it doesn’t matter what any of these stories is about. Their plots are just a pretext for smashing human beings up against each other to see what happens. And it’s becoming a trademark of Hamaguchi, if we are to go on only these two movies, that the thing that happens is never what you expect it to be. The characters in Hamaguchi movies never react to stimuli the way you think they should, but each reaction has a counterintuitive emotional truthfulness to it. It they’d given the banal reactions we anticipated, Hamaguchi’s subject matter could just be ordinary melodrama. Instead, his scenes feel like social experiments, revealing as much about the characters as they do about us as we watch them.

The stories are not equally effective. “Magic (or Something Less Assuring),” is the first story, about the unusual love triangle. It wrestles with comparatively banal notions about the vagaries and contradictions of love, even if it does so in interesting ways. The central character here, who used to date the man, torments him when she realises he’s found someone else, even though it was her infidelity that led to their breakup. The dynamics of the two different conversations that make up the bulk of the story are compelling, especially as the conversation between the two women is shot in the back of a taxi, lit in such a way that you can only identify their faces by the occasional glittering of city lights on teeth and eyeballs. It’s profound in a way that the subject matter itself isn’t quite. 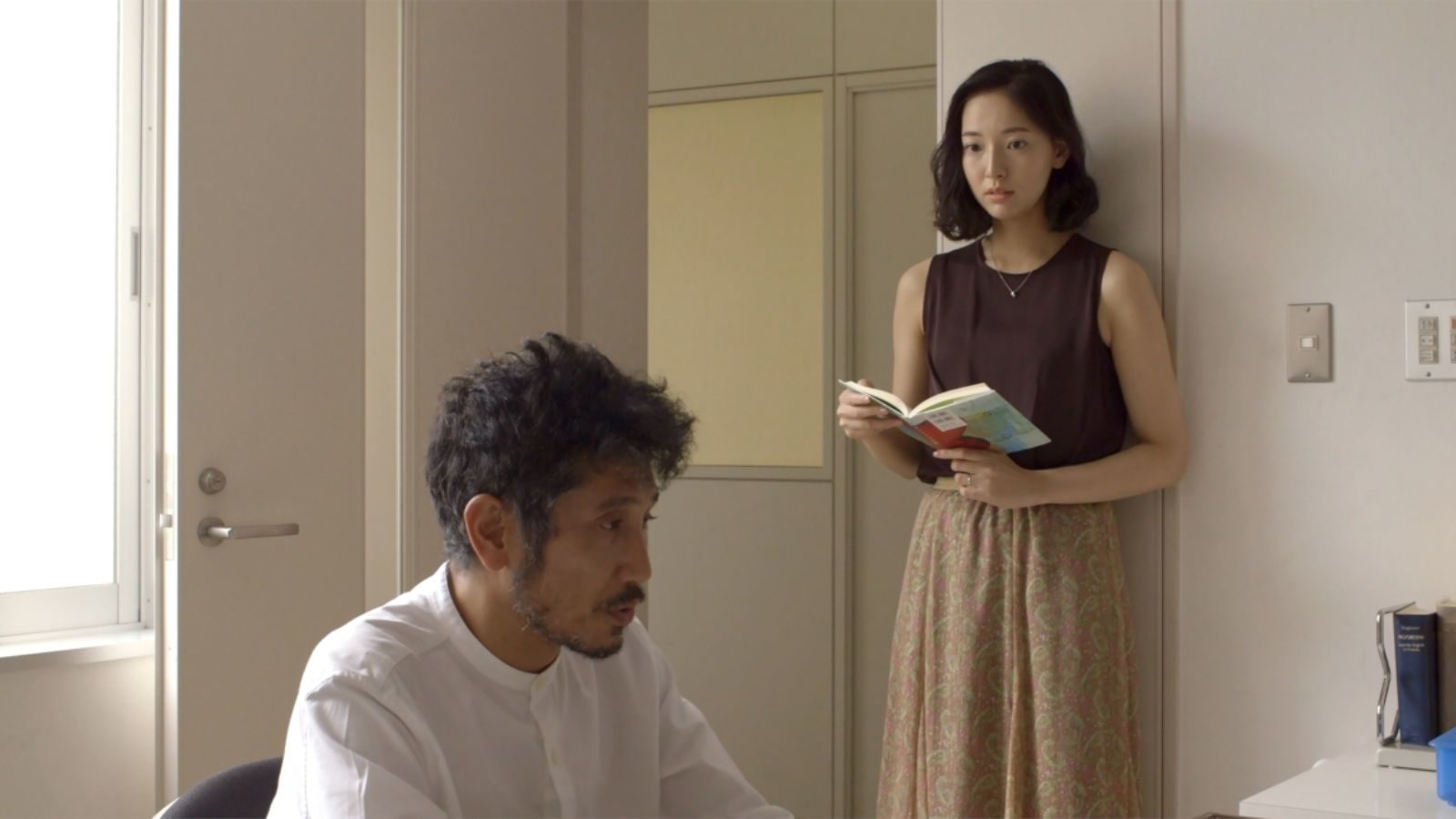 As the film moves into its second phase, “Door Widen Open,” Hamaguchi really starts to defy our expectations. Not only does the professor avoid falling into the woman’s “honey trap” – that much might have been anticipated – but his reaction to learning that he was the target of such a trap bears none of the outrage most humans would feel in that scenario. Hamaguchi’s characters aren’t most humans. The two principals in this story develop a connection that is tangential to and reliant upon the victim/victimiser relationship that has been forged between them, but goes off in an entirely different direction.

The theme of newly forged relationships reaches its poignant peak in the third act, “Once Again,” which has more of a kinship with the second piece than the first. Due to the mandates of social niceties, two women passing each other on an escalator perform the rituals of acquaintanceship when one genuinely mistakes the other for someone she knows, and the other wants to avoid the embarrassment of not recognising someone she’s supposed to know. It isn’t until they’ve been together for more than an hour that they conclude they are strangers. Instead of parting, their bond reaches a heartbreaking intensity, into which all their regret and loss of times past gets poured. 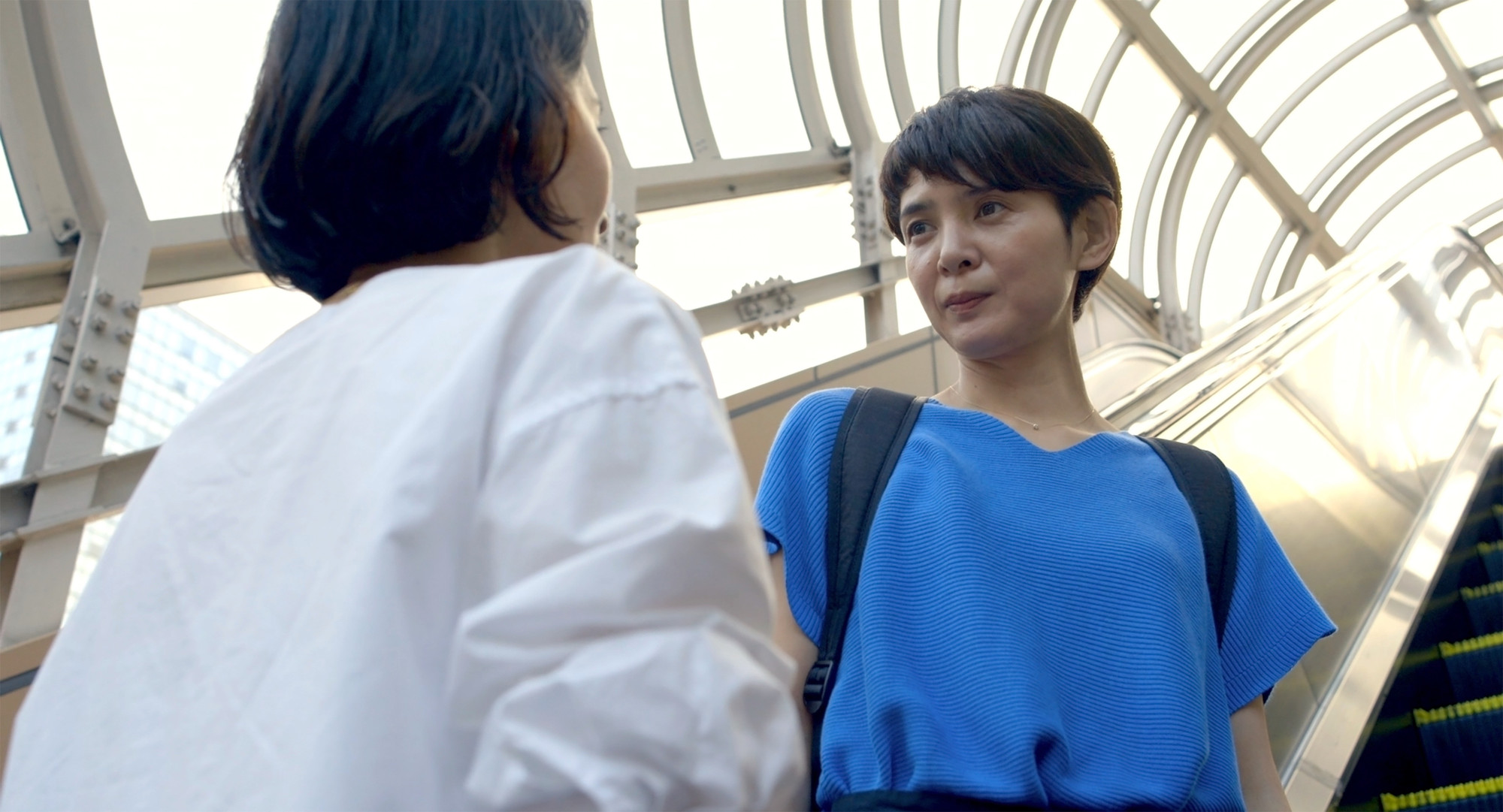 There’s a light element of magical realism underpinning all three, as we see one character’s imagining of a scene play out in advance, and we see another character envisioning himself behind the news anchor’s desk of a broadcast in progress. I suppose this is where the “fantasy” comes in, sprinkling additional resonance into the tete-a-tetes that are becoming the director’s trademark.

An element of coincidence is perhaps key to why any story is told. Each story in Wheel of Fortune and Fantasy has that. However, it doesn’t use that coincidence as a parlour trick, an attempt to blow our minds with some strenuous bit of narrative cleverness. Rather, it is there merely to stimulate that experiment of human beings smashed up against each other, to draw out the capacity for grace buried within each of them.

Wheel of Fortune and Fantasy is currently playing in cinemas.