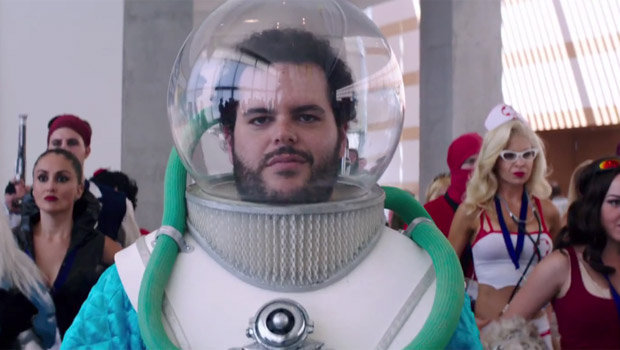 “When we were kids, my brother and I used to pretend that we were heroes, the only ones who could save the day. But maybe we’re just the regular people, the ones who get saved.”

Wish I Was Here is the long awaited follow up to director/actor Zach Braff’s 2004 debut indie hit Garden State. Following the example of Kristen Bell’s Veronica Mars crowd sourced film, Braff somewhat controversially secured funding through a kickstarter campaign, which raised over $3.1 million from almost 50,000 backers globally, offering exclusive behind the scenes access in exchange for financial generosity. Braff opted for the crowdsourcing route to procure final cut of the film, as well as to control casting and location choices. A film financed by the fans, for the fans.

The films narrative treads on well-worn ground, dealing with issues of identity, parenthood and loss. Aidan Bloom (Braff) is a struggling out of work actor whose world is shaken when his father Gabe (Mandy Patinkin) reveals he is dying of cancer. Aidan’s wife Sarah (Kate Hudson) provides for the family whilst their children, Grace (Joey King) and Tucker (Pierce Gagnon), can no longer afford their private Jewish education after Gabe turns his remaining finances to his health. In desperate times, Aidan attempts to home school his two children, deal with his own failings and religious anxieties and rally his somewhat estranged brother Noah (Josh Gad) to reunite the family one last time.

The story is told in a heartfelt and sincere manner, highlighting family struggles, dealing with spirituality both earnestly and comically, referring to his overly zealous Jewish children as “brainwashed matzah balls.” As the film goes on, Aidan becomes increasingly relatable to the audience, living under a cloud of existential worry that all of us feel at some stage during our lives. Whilst the film includes some seemingly pointless digressions that add little to the overarching narrative (spaceman dream sequences), which stretch its running time to just on two hours, the relatable human issues are powerful enough to overlook them. With the screenplay having been written by Zach and brother Adam, it seems likely that the film is at least somewhat autobiographical. 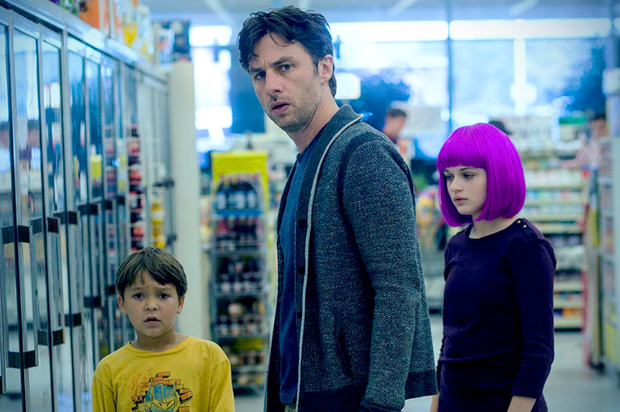 However, it is disappointing that Wish I Was Here is essentially a rehashing of the same tropes from Braff’s previous venture into film. Its moral preachings come across as too deliberate or perhaps too predictable to the viewer at times, and damage the sentimental and emotionally heavy tone they intend to create. It is often left wanting, desperate to be profound and insightful. Mandy Patinkin and Joey King impress in challenging roles whilst a cameo from Donald Faison as an Aston Martin dealer and another by Jim Parsons as a fellow struggling actor are castings that would have likely been cut had Wish I Was Here not been funded through crowdsourcing.

Following the Grammy winning Garden State soundtrack in 2004, expectations were high for how Wish I Was Here would sound. The film boasts an impressive entourage of indie artists including new tracks from The Shins, an electro-folk Bon Iver number and a collaboration between Cat Power and Coldplay to create the title track. However, the power of the Garden State soundtrack is that it seemingly exemplified the emotional subtleties of the narrative, evoking nostalgic and tasteful commentary of the characters and the time. Ten years on and it seems Braff has applied a copy-paste approach, the overstated themes of the film weaken the impact of the accompanying melodies. Great Sunday afternoon tunes to chill to (especially The Shins) but I wouldn’t expect Braff to go two for two in the Grammy department. Garden State’s musical success was perhaps a happy accident.

Ultimately I can’t help but have a soft spot for the loveable JD of Sacred Heart and enjoyed the film for what it is. Braff is beloved by his large fan base (1.45 million twitter followers) and is a true ambassador for independent filmmaking and film financing. His determination to maintain creative control over his work is a rather noble endeavour and whilst Wish I Was Here is unlikely to make a box office splash with limited releases both domestically and internationally it shall resonate with those who seek it out. If you enjoyed Garden State you’ll probably enjoy or at least appreciate “Wish I Was Garden State”.