"It’s a stalwart cast to begin with, but Sheridan shapes those materials into something special."

"In a movie that is fundamentally about plotting, people held at gunpoint, and difficult character choices, it’s a testament to how much Sheridan gets right that the acting continues to demand more of my available ink."

When we talk about modern-day auteurs with a signature style that identifies them, we don’t talk very much about writer-director Taylor Sheridan. Maybe we should. After making a name for himself as the writer of the well-received duo of Sicario and Hell or High Water, he’s carved out a niche writing and directing features that incorporate many of those same police-thriller elements. Wind River was a middling success, but his latest, Those Who Wish Me Dead, is a confident step forward that compares favourably to those other two titles.

Sheridan’s film starts out suggesting the work of a lesser “auteur” who also has a signature style to his films. That’s actor-director Peter Berg, who has specialised in ripped-from-the-headlines action-disaster movies, in which American heroes are caught in the middle of catastrophes from recent memory. At the start of Those Who Wish Me Dead, we’re introduced to a team of hotshot New Mexico firefighters, called smokejumpers, led by Angelina Jolie’s Hannah Faber. These smokejumpers parachute into forest fires (and sometimes off the backs of pickup trucks for the sheer thrill of it), and a movie that was not directed by Berg, but could have been, comes to mind: 2017’s Only the Brave, about a real-life Arizona fire that claimed the lives of 19 firefighters in 2013.

That’s not where this is going. As it turns out, forest fires are just the backdrop to a movie about assassins hunting a Florida forensic accountant (Jake Weber) and his son (Finn Little), the former of whom has uncovered financial abnormalities that implicate high-level U.S. politicians. That’s more typical Sheridan territory. He’s a bit more sceptical about the heroism of any character; it’s a grizzled heroism at best. The pair head west after the home of the district attorney mysteriously explodes – it’s reported as a gas leak – and the accountant, Owen, gets the sense he’s next.

They’re heading west because Owen’s wife, now deceased, had a brother, Ethan (Jon Bernthal), who’s a New Mexico sheriff. He’s got a pregnant wife (Medina Senghore), and is also Hannah’s ex. Hannah’s been relegated to a fire watch tower as she recovers from a professional failure that cost lives. Blazing a hot path toward Owen and son are the assassins who blew up the D.A., brothers Jack (Aidan Gillen) and Patrick (Nicholas Hoult) Blackwell. The whole situation has got collision course written all over it.

It’s a reliable crime story structure to introduce sets of characters and steadily bring them together over the course of the narrative, and Sheridan delivers like a pro. What goes beyond the page – and this is where his role as director comes in – is getting great in-scene chemistry between the assembled cast. It’s a stalwart cast to begin with, but Sheridan shapes those materials into something special. Of particular note is the relationship between the smokejumper and the child, who gets separated from his dad and into the capable but emotionally damaged arms of Jolie’s Hannah. 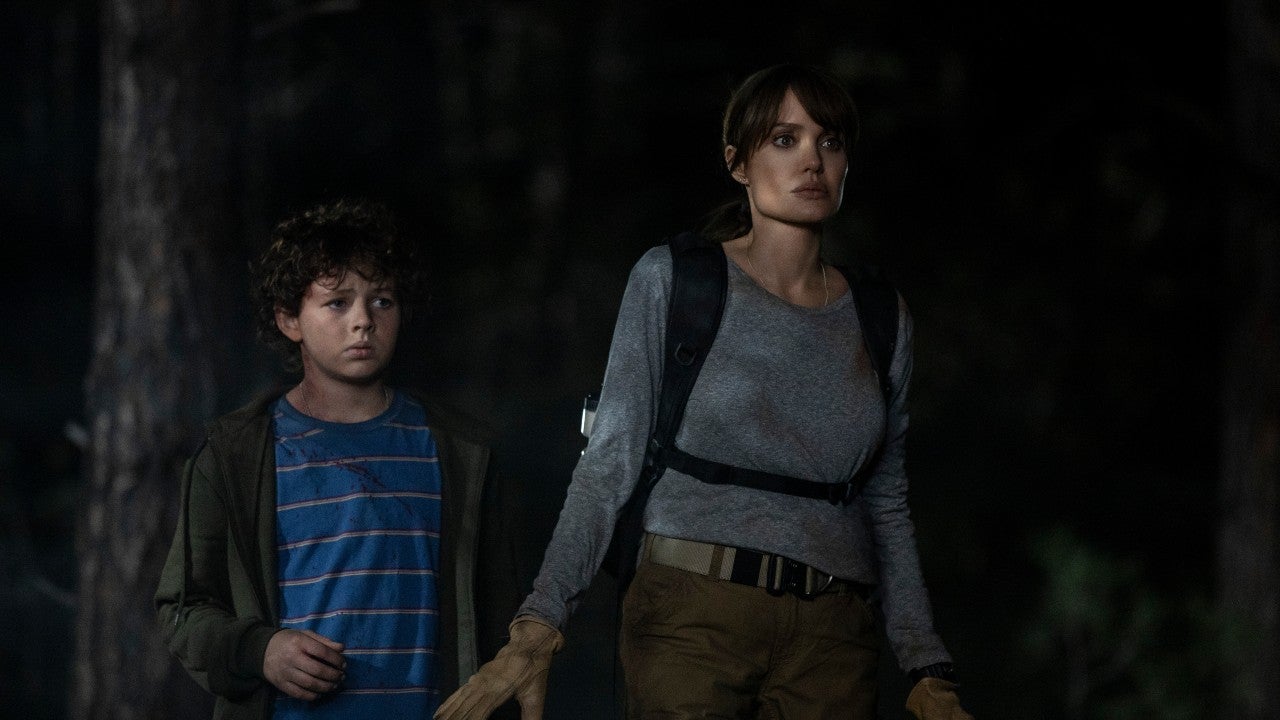 These are the cast’s standout performances. Jolie sometimes has a remove to her acting style that makes her incapable of transmitting real human emotions, but that’s not a problem here at all. She’s personally traumatised, but she’s not precious about it, and her acerbic yet affable outlook on the world is beguiling. It’s obvious that the kid, Connor, represents a chance at redemption for her, but neither Sheridan nor Jolie overplays it.

But let’s talk about that kid. The 14-year-old Finn Little, who hails from Brisbane and starred in the recent remake of Storm Boy, is capable of acting technique way beyond his years. You often can’t tell with child actors whether they can really deliver emotional scenes; there are tricks to moistening an actor’s eyes to approximate tears. But the way Little asks questions for which there are no answers, his voice quavering with the emotion of the scene, leaves no doubt, and will drive a lump into your throat every time. It’s all Jolie can do not to respond like a mother hurrying to protect him. Instead, Sheridan strikes more pungently by underselling it: “It’s impossible for me to feel sorry for myself around you, kid.” 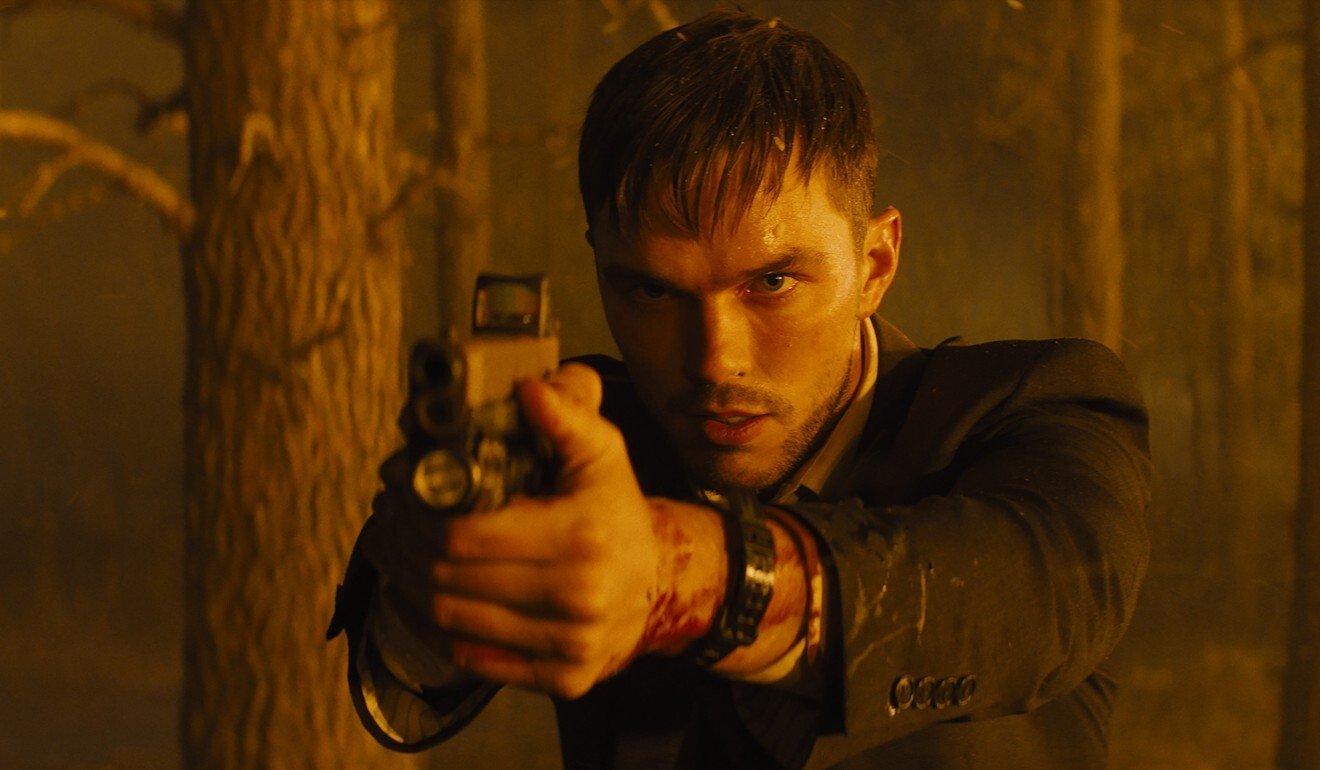 In a movie that is fundamentally about plotting, people held at gunpoint, and difficult character choices, it’s a testament to how much Sheridan gets right that the acting continues to demand more of my available ink. Gillen, Littlefinger in Game of Thrones, is a perfect smarmy villain, but he’s not purely sadistic as you might expect. Sheridan’s script is smart for explicating the strategic challenges he and his brother face as they try to complete a job that should require a second team, except the people they work for are tight asses. Hoult, who is capable of chewing scenery (in a good way) when he wants to, leaves the heavy lifting to Gillen and his wicked slits for eyes.

As many superlative elements as there are in For Those Who Wish Me Dead, it’s a pretty life-sized affair, which is one of the things that makes it notable. Some of these may be set pieces we haven’t seen before – like a standoff where characters are holed up in a fire observation tower, which presents unique challenges for approaching assailants eager to keep their cover. (And is also reminiscent of a memorable scene involving a gatling gun in Wind River.) The forest fire we know is coming also makes a dynamic setting for the unrelated conflict taking place in the foreground. But Sheridan restricts the action to stratagems of which real people might be capable, which keeps the film grounded – even when it’s a hundred meters high, up on stilts, looking down on prospective fires below.

Those Who Wish Me Dead is currently playing in cinemas.