I would have been fourteen or fifteen when I saw the original Wolf Creek for the first time (on DVD at a friends house – I was way too much of a goody two-shoes to try and sneak into a film underage). As a teen terrified of horror movies, Greg Mclean’s outback slasher left a lasting impression on me. A sequel to such a successful Australian film was by no means unexpected, but it has been a long time between outings. I was curious to see whether the follow up could capture the same sense of terror as its predecessor.

Nothing about Mick Taylor’s methodology has changed as he preys upon unsuspecting tourists and backpackers. This time it’s German backpackers Katarina (Shannon Ashlyn) and Rutger (Phillipe Klaus), and British native Paul (Ryan Corr) who are the subject of his demented and perverse campaign. There is little else to do for the next hour and forty minutes or so but to sit back and watch the blood flow…or splatter, really…

In an attempt to match the first film, the filmmakers seem to have decided that bloodier is better, and everything is let loose right from the get go. Mick Taylor (John Jarratt) does not let up. Unfortunately, bloodier does not equal better. The stunts are bigger, there are a couple of jumps (one towards the end really got me) and plenty of carnage, but what the film lacked, and needed, was atmosphere. 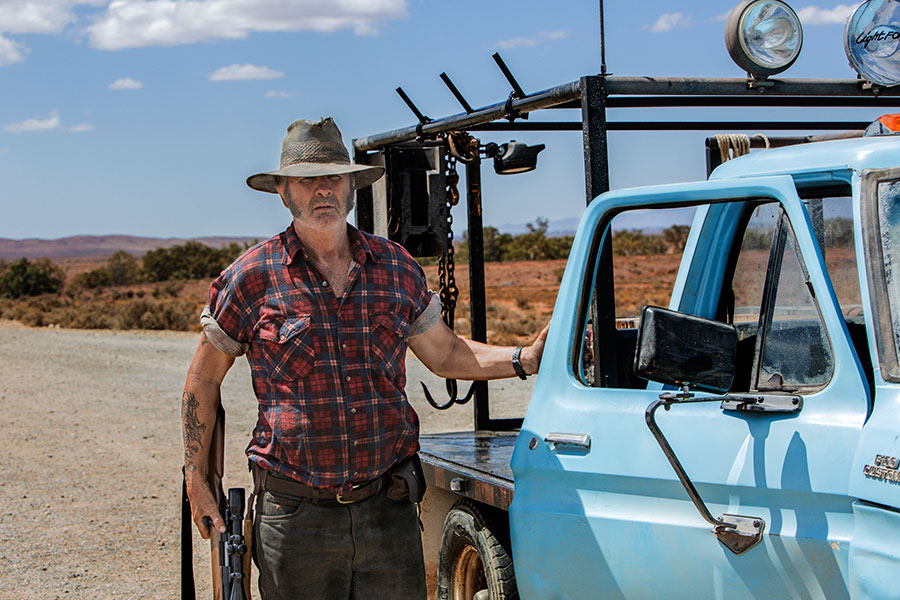 Wolf Creek took its time to introduce its characters and develop a feeling of creeping dread. Mick Taylor was sinister, and there was an intense, slow build to some of the more horrific scenes of torture you could see. In Wolf Creek 2, everything comes across far too over the top, and there are some even moments of attempted comedy that just don’t sit well. I appreciate the obvious homage to the classic Australian genre films of the 70s and 80s, but the fear factor just wasn’t there.

It’s a shame, because there are some good elements at play. The landscape is used to perfection. I was particularly impressed with a scene involving a lightning storm. It oozed menace. The cast, minus a few over exaggerated performances, was solid and John Jarratt was as good as ever. Mick Taylor is simply one of the ugliest examples of humanity. His disgust and hatred of ‘foreigners’, his absolute misogyny, everything about his manner, is a personification of the worst aspects of Australian culture. This was what made him such a chilling foe the first time around. He is still absolutely distasteful, but this time the horror is dampened by poor dialogue, poor characterisation, and utter silliness. It’s not even fun.