"Some algorithm told Netflix to offer Adam Sandler a 27-year, 142-film deal to make Netflix original movies, about one every six months."

"You don’t have to look to the plot to poke holes in The Wrong Missy, but it’s as good a place as any to start."

Some algorithm told Netflix to offer Sandler a 27-year, 142-film deal to make Netflix original movies, about one every six months. So his Happy Madision production company – “Happy” for Happy Gilmore, “Madison” for Billy Madison – has been busy fulfilling that deal. The movies may not star Sandler, but if not, they star one of his cronies. (And you’ll note both Happy Gilmore and Billy Madison came out more than 20 years ago.) 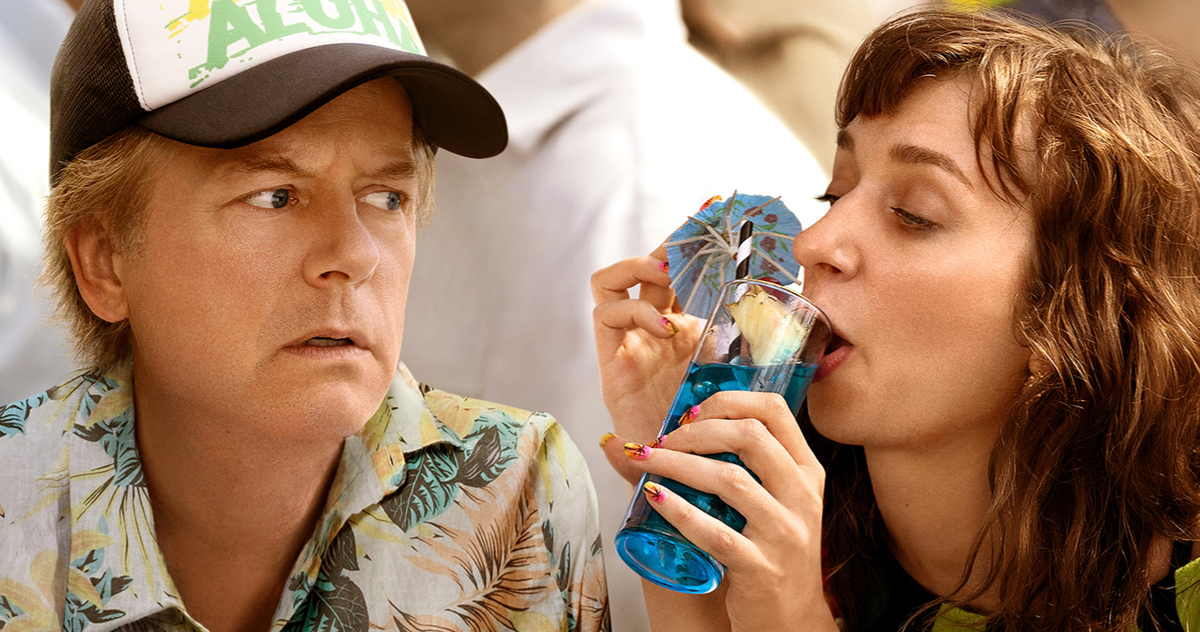 The crony du jour is one of Sandler’s most reliable, if not in terms of the quality he provides, then at least in terms of his consistency in being available the next time Sandler needs him. That’s David Spade, star of the new Happy Madison movie The Wrong Missy, a romantic comedy that imagines Spade as still capable of playing a leading man in such a film. At least the movie leans into the absurdity of seeing the 55-year-old in this role, as his disastrous blind date with Melissa a.k.a. Missy (Lauren Lapkus) starts with her asking if he’s 65. Not to be too hard on Spade, the movie immediately tells us that Missy recently met his grandmother. A 55-year-old could still have a grandmother meeting spry 30-somethings and giving out her grandson’s phone number, but it seems pretty unlikely.

Tim (Spade) ends up having a predictably terrible first date that involves Missy trying to get him to fight a beefcake at the bar, and him falling out a bathroom window while hoping to flee – an event exacerbated by her sticking her head underneath the cubicle door to check in on him. Yes, she’s an absolute trainwreck and he never wants to see her again.

Unfortunately, fate has other plans. Three months later, Tim accidentally swaps bags with another traveller at the airport (yes, that old saw) and she happens to be a former world-class athlete and beauty pageant winner (Molly Sims). She’s also named Melissa, it turns out, and when their rendezvous in a custodial closet is cut short by her flight leaving, he enters her contact details in his phone. But as there are now two Melissa’s in his phone, the tables are set for him to invite the wrong one to a company retreat in Hawaii, where he’s up for the big promotion. Hilarity ensues, or tries to anyway. 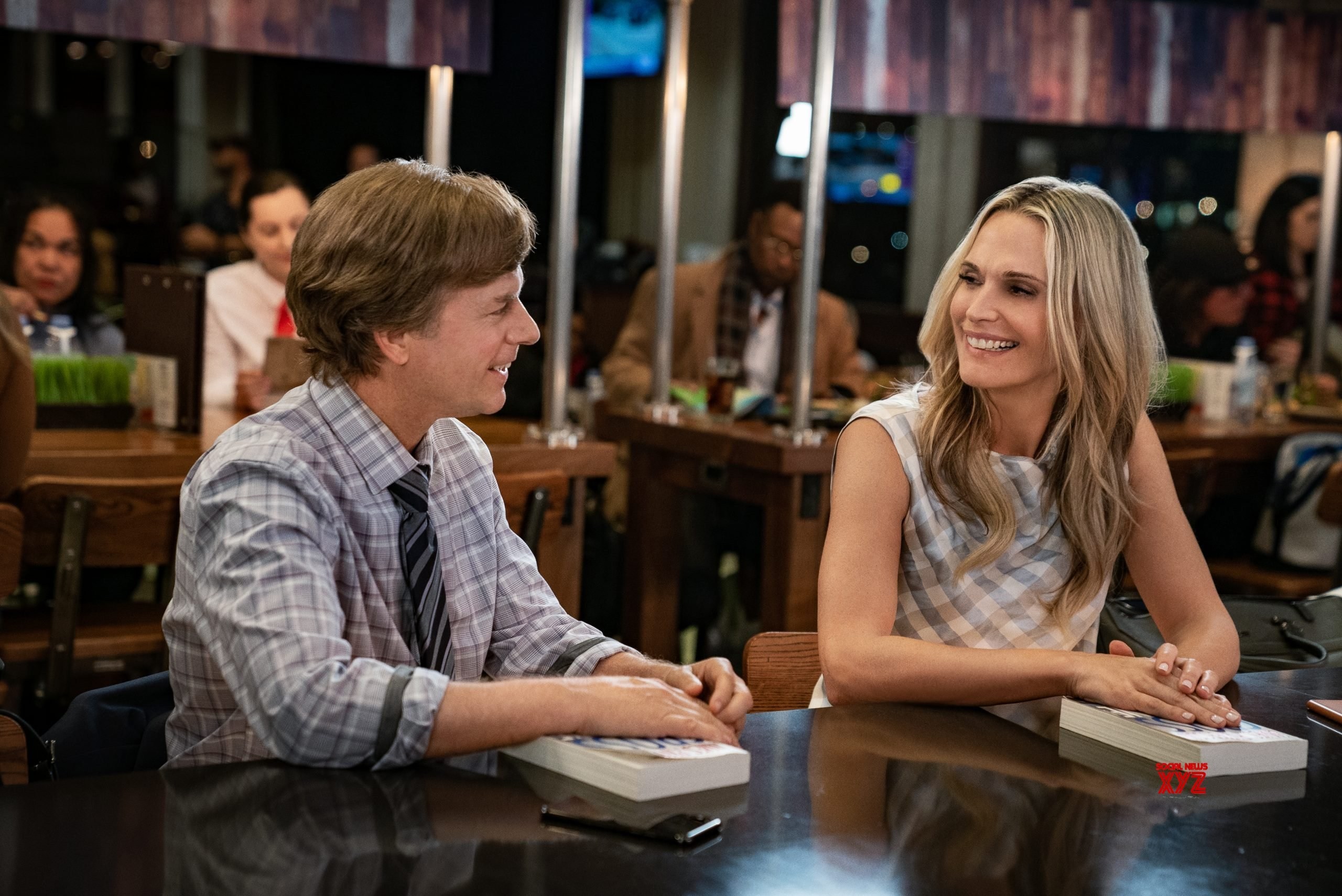 You don’t have to look to the plot to poke holes in The Wrong Missy, but it’s as good a place as any to start. In what world would a person agree to take a romantic weekend trip to Hawaii without every speaking on the phone? The world of The Wrong Missy contains any number of such violations of basic logic, because without those, its central conceit would not be possible. Movies in the mistaken identity genre frequently require suspension of disbelief, but disbelief is only something we are willing to suspend if we like where a movie is taking us. That’s not the case here.

If you’ve ever seen a movie like this before, you know that a character like Missy cannot justifiably be the laughingstock for the entire movie. No one in their right mind would make a movie about David Spade’s desperate attempt to kick some loser to the curb so he can be with a supermodel. And while we should not assume they are in their right mind, the creators of The Wrong Missy are at least versed in traditional narrative structure and conventional rooting interests. 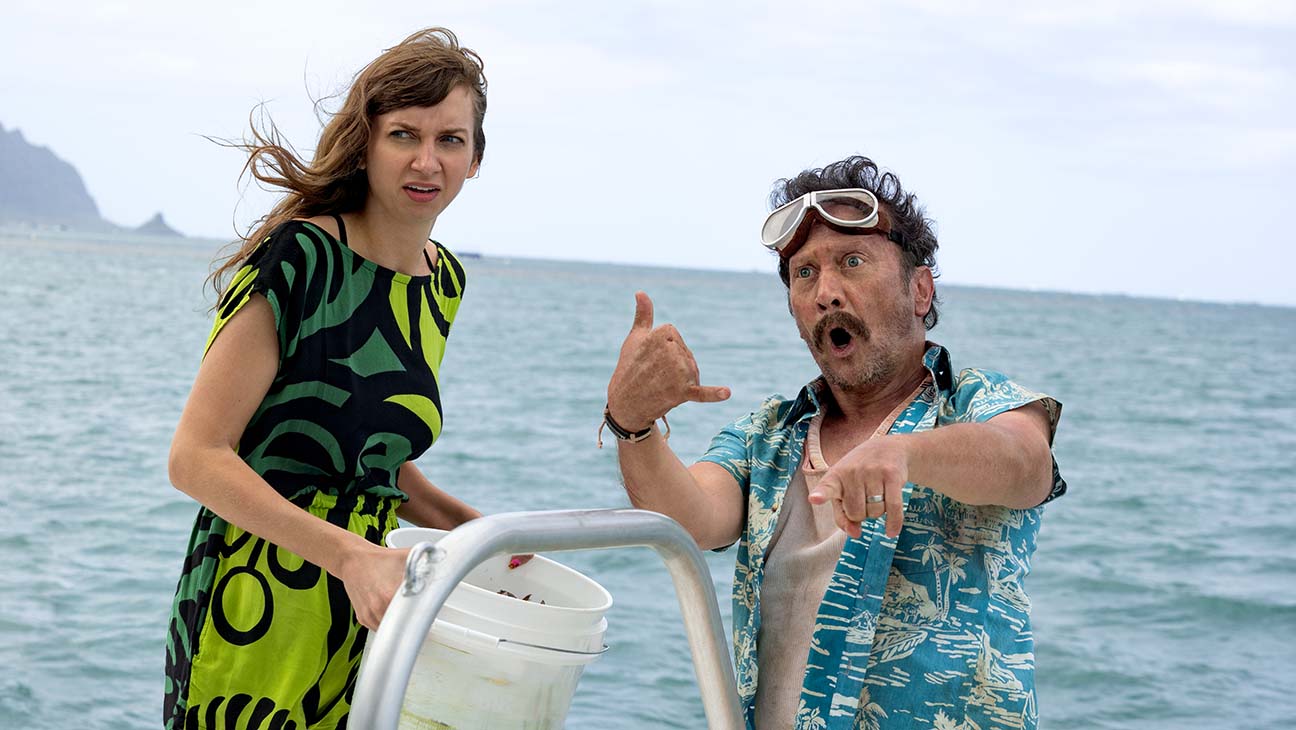 But given that Missy is ultimately going to end up being “the right Missy” after all, this movie goes to ridiculous lengths to paint her as a toxic waste dump of a person. She always says the most wrong thing possible, and it’s usually also the most crass thing possible. She carries around a large knife she refers to as “Sheila.” She impulsively insults important people and is constantly offering unwanted counselling and medical advice, or in some cases, actual medical procedures. Of course, she’s usually the person who has caused them to get hurt in the first place.

For a while, it seems like the only possible conclusion is that the movie is trying to make fun of her. It’s hard to know which is worse: the movie’s mean-spirited attitude toward her, or the fact that it ultimately plans to bring her back into our good graces on the flimsiest of redemption arcs. Spade spends most of his time face-palming and shaking his head, and well he should – though maybe not for the reasons he thinks. 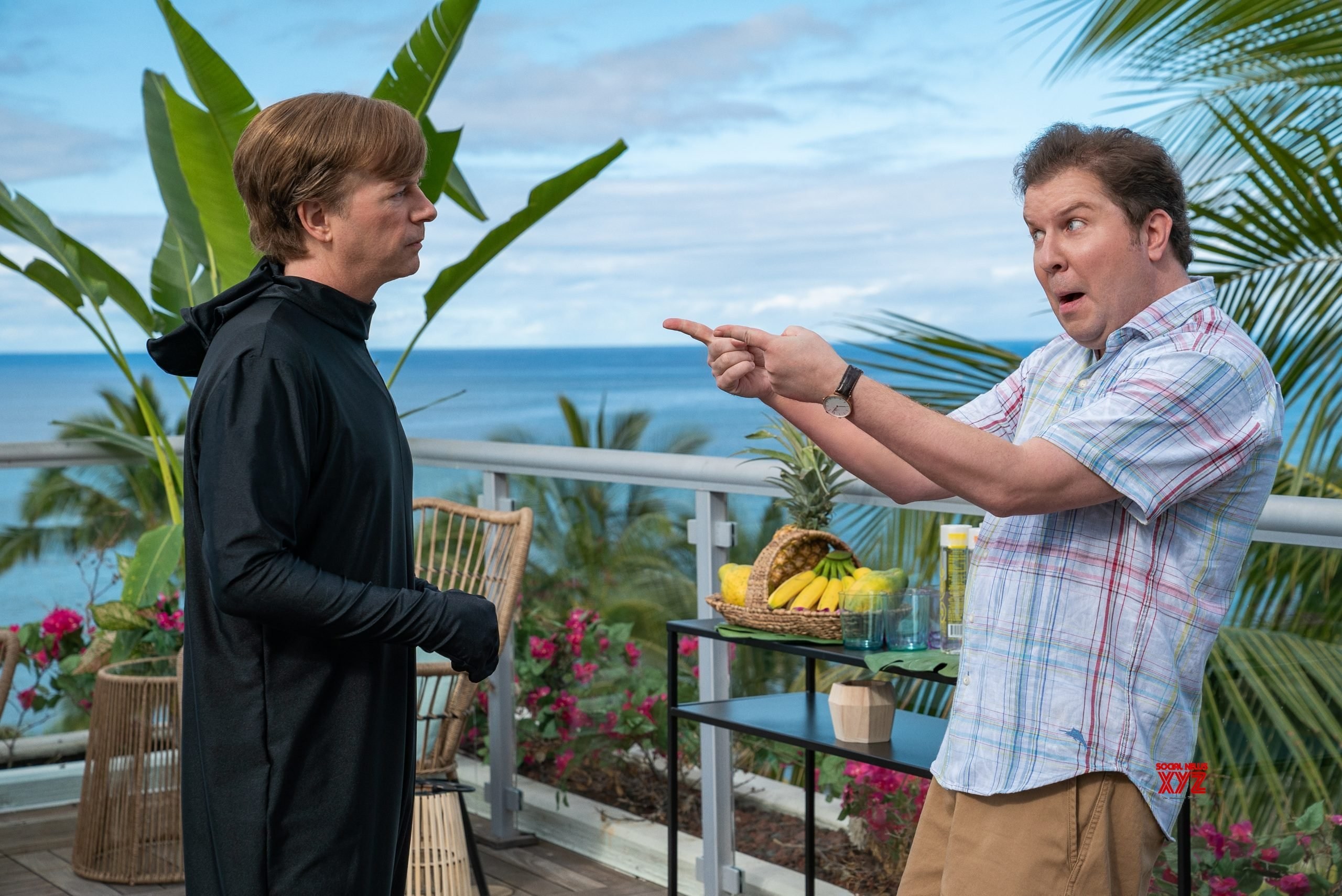 This is a crowded movie. A host of other regular Sandler cronies, including Nick Swardson and Rob Schneider, also appear, and of course there’s room for Sandler’s own wife, Jackie, who probably would not be an actress at all if she weren’t married to him. (She’s appeared in every single Happy Madison movie … and nothing else.) Adding to the overstuffed feel is that Tim has way too many romantic entanglements here. Not only is there the other Melissa, but Sarah Chalke is on hand as Tim’s ex, who is also for some reason attending this conference. Predictably, her function in the story is basically forgotten in the shuffle. Probably, her actual function is to flatter Spade’s ego, making him the object of a tug-of-war between three attractive younger women.

Netflix undoubtedly gave Sandler his deal because a crunching of their data told them viewers respond to lowbrow slapstick schlock like The Wrong Missy. Maybe if we stop watching it, the algorithm will notice.